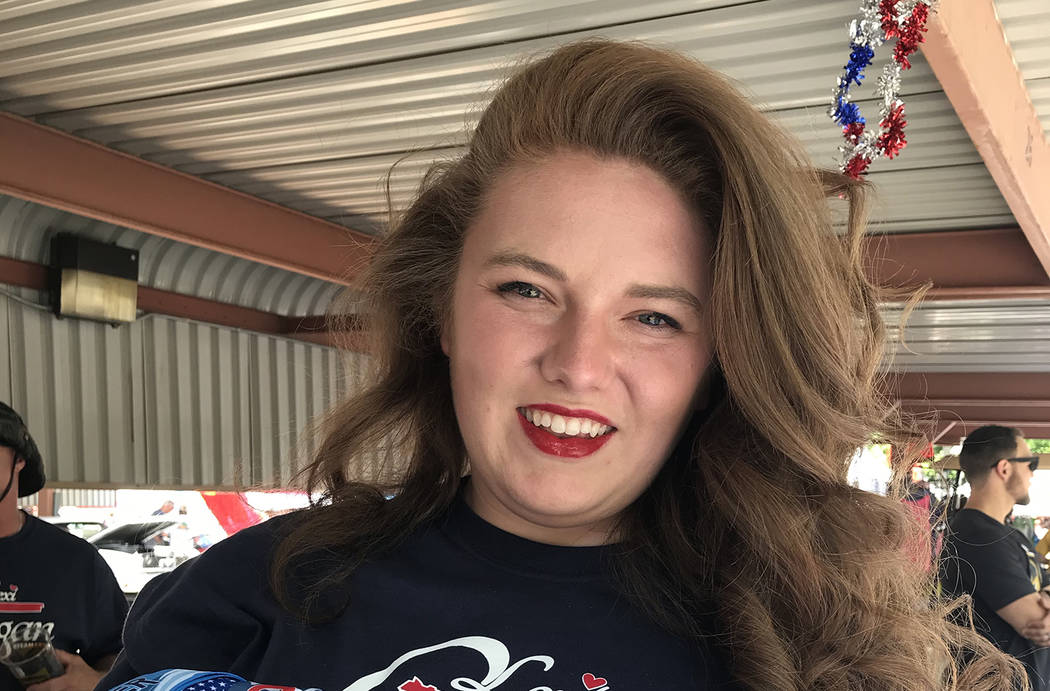 (Hali Bernstein Saylor/Boulder City Review) Alexis “Lexi” Lagan of Boulder City shows off the medals she has won competing in shooting events. She placed first in the women’s air pistols at the 2019 USA Shooting Rifle/Pistol National Championships in Fort Benning, Georgia, on June 27.

Struggling as of late with the event, Lagan churned our her best performance of the year, finishing atop the pack with a score of 1,165.

Sarah Choe and Sandra Uptagrafft tied for second with scores of 1,141.

“This match was a big step in the right direction for me,” Lagan said. “I’ve been struggling with air pistol for months; I even referred to it as my nemesis. I’ve been working with my coach and sport psychologist to try to get through this slump, and we have found the balance of effort and focus to really overcome it.”

Coming out of the gate firing, Lagan set a new national record with a score of 580 in the first round.

“It’s incredible knowing that my name is on the record,” Lagan said. “It’s not something I was thinking about going into the match. I was just so satisfied with the feeling of conquering this slump and now I have a national record. It’s amazing.”

Shooting her best at nationals, Lagan also won the sports pistols competition, with a score of 1,167 in a closer match.

Trailing day one to Uptagrafft by a point, Lagan earned the win with a 5 point swing in round two, shooting a 584.

On top of her game at the moment,Lagan is riding a wave of confidence as she continues to push for an Olympic berth.

One of the country’s key contenders, the Olympic Trials will be held in Fort Benning from Sept. 30 through Oct. 4.

“2020 is coming so quick,” she said. “It’s hard to process sometimes how close Olympic Trials are and how exciting they will be.”