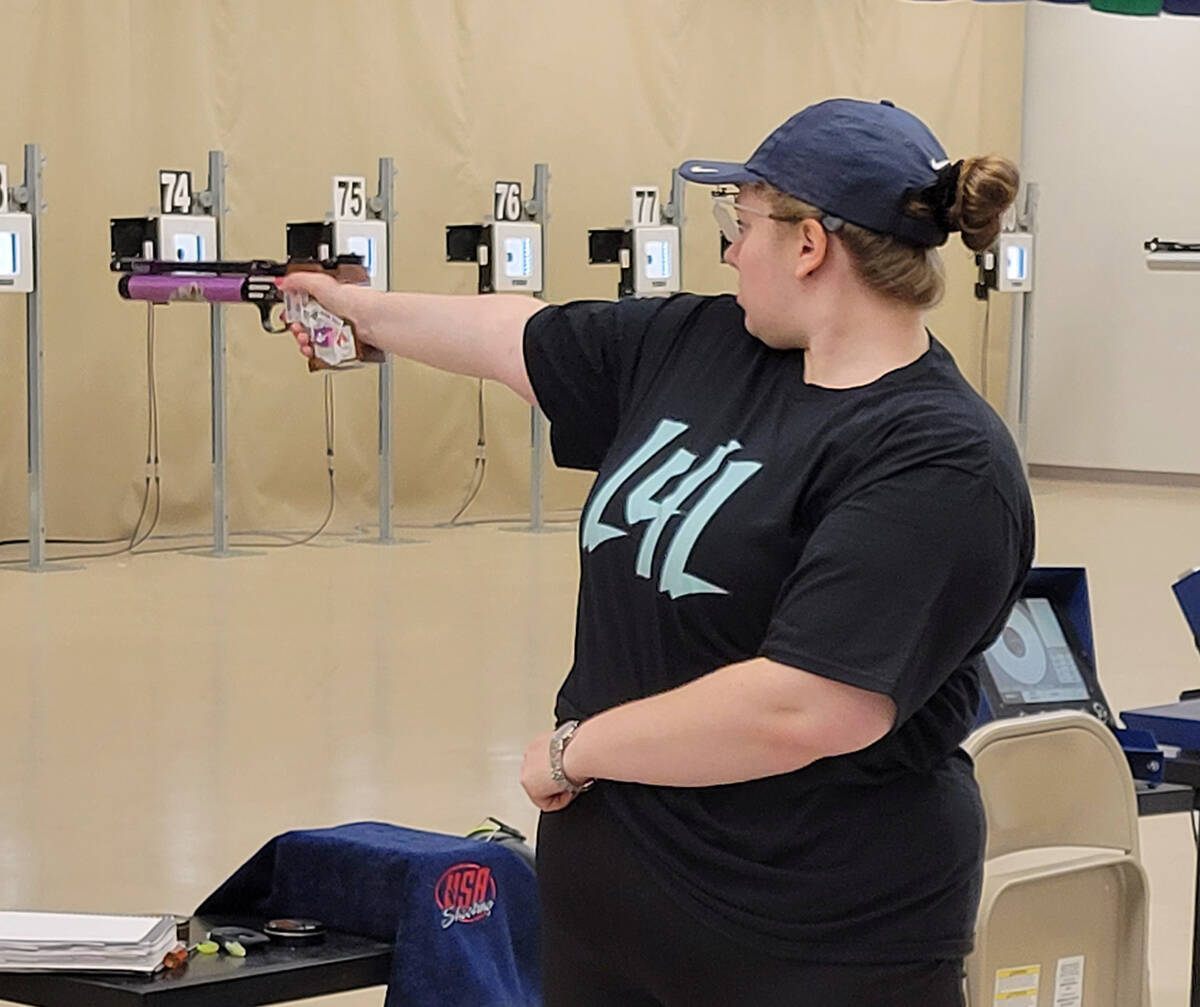 (Alexis Lagan) Alexis Lagan competed at the Winter Airgun Championships in Alabama from Dec. 5-12 where she earned a bronze medal in the women's finals individual event.

“This has been an incredible year of growth for me as an athlete and competitor. … The competitions this year have been great,” she said. “Each one had a new first for me, starting with World Cup India being my first big international final as an individual, Tokyo being my first Olympics, and Poland being my first President’s Cup … . Reflecting all my gains and losses only encourages me to push harder and be even more diligent in my pursuit of excellence.”

In 2022, her first competition will be the World Cup in Cairo, Egypt, at the end of February.

“My goals will remain consistent with my goals previously, to always beat myself,” said Lagan. “Rather than comparing my scores to other athletes and saying, ‘I want to beat this particular person,’ I instead try to beat my previous scores and improve my competition skills. This type of goal setting is more consistent and keeps me focused on what I can control, rather than other people’s scores and circumstances that are outside of my control.”

Most recently, Lagan competed at the Winter Airgun Championships in Alabama from Dec. 5-12 and won gold, silver and the bronze medal in the women’s finals individual event, according to USA Shooting.

“Winter Airgun Championships, also known as WAG, is always a fun way to end the year of competitions,” she said. “Air pistol is honestly not my favorite discipline, but WAG is a competition I look forward to because it is often the most attended national competition of the year where I can see so many of my friends during this holiday season.”

In addition to competing, Lagan said she has some special projects lined up for 2022 including helping install new 25-meter targets for men’s rapid fire and women’s sport pistol and 10-meter air pistol and rifle targets at the Boulder Rifle &Pistol Club.

“USA Shooting’s Pistol Program is in desperate need of ranges for competitions and training,” she said. “I hope with the help of USA Shooting and the Boulder City Rifle &Pistol Club we can work together to bring not only myself, but also my Olympic teammates out to Boulder City for training and competitions in preparation for the 2028 Olympics in the nearby city of Los Angeles. This special project would also bring the opportunity for future junior programs at our hometown range.”

Lagan said she also plans to start coaching athletes ages 20 and younger who are interested in international style shooting.

In addition to the World Cup in Egypt, Lagan will be competing at the SHOT show in Las Vegas from Jan. 18-22 and training for the 2024 Olympics in Paris.