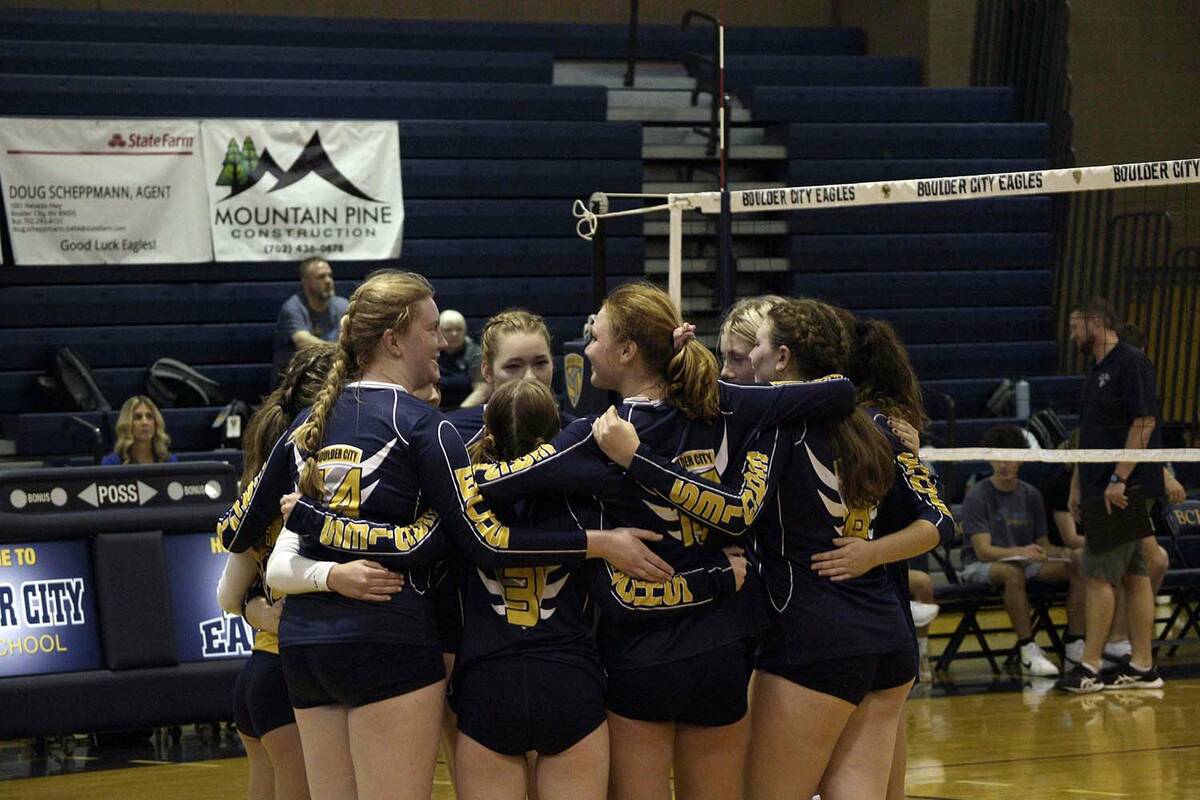 “The girls played awesome,” said head coach Chad Robinson. “We are currently clicking on all cylinders. Moapa was a good test for us and we passed. I like where we’re at.”

Routing the Pirates 25-15, 25-17, 25-17, the Lady Eagles soundly defeated their rival behind a mixture of balanced offense and cohesive defense.

Sophomore Kira Delong dished out 40 assists on the night, with five digs and two aces.

“Defense has been our identity,” Robinson said. “When you watch our defense, it’s organized chaos. We play within a system where everyone is moving, everyone is flying all over the place in an organized way. We’re always looking to make a quick dig and transition it into a kill. It’s been really fun to watch as a coach.”

Luebke generated 12 kills and six aces, and Doane added eight kills and three digs. Delong dished out 33 assists on the night, while Woodard made 12 digs with nine aces.

Prepping for a tough away game, the Lady Eagles will travel to Pahrump Valley on Tuesday, Sept. 20.