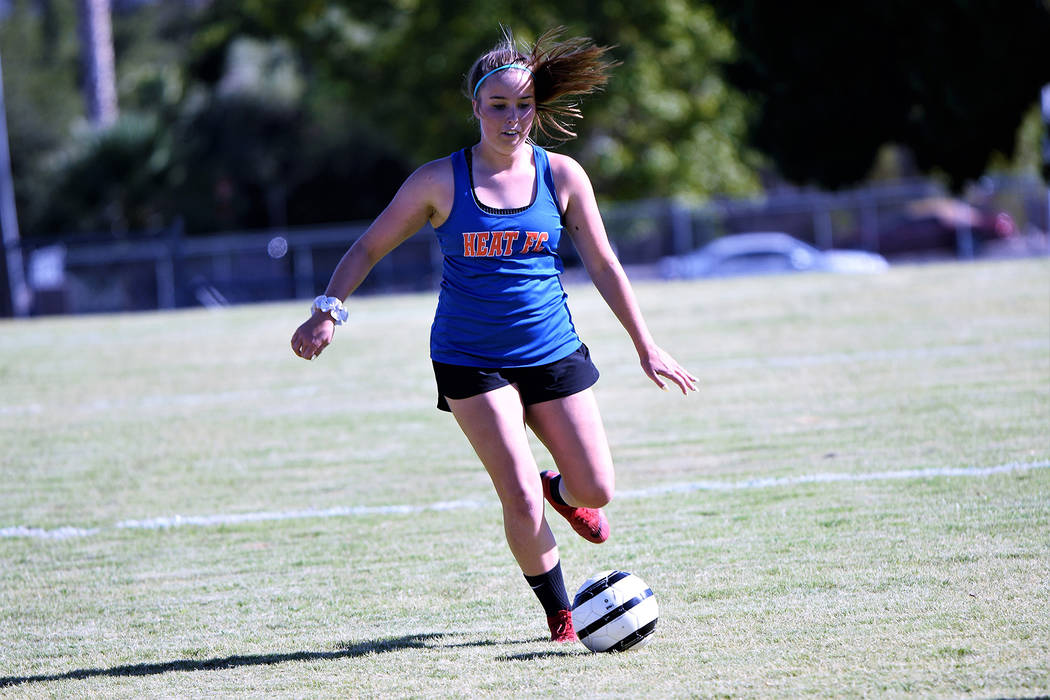 Boulder City High School’s girls soccer team is hoping to build upon its success of last season, after making the playoffs last season as the No. 4 seed in the 3A Sunrise League.

Finishing with a 5-9 record, head coach Arnold Oeland said he is optimistic that his program is headed for greater heights.

“I believe we can make it to at least the second round of playoffs this year,” he said. “Our goal is to win our league and be the top seed out of our bracket. I expect really good things out of this group.”

Last season, the Lady Eagles lost 3-0 in the opening round of the playoff to Western. They haven’t won their league since 2011.

“This season, not only personally but as a team, I think we have set pretty high expectations for ourselves,” Arboreen said. “We know we have the skill and ability to make it to playoffs and even to state.”

Returning for an encore, Arboreen was named the 3A Sunrise League player of the year last season, netting 15 goals and six assists. Looking to add more leadership this year, Arboreen’s mindset is focused more on team goals this season after earning individual accolades.

“Personally, to help my team be successful I’m going to be a strong leader on the field along with Keely (Alexander) and Trinity (Oeland). I want to help lead the team in the right direction and also help keep the team chemistry strong,” she said.

“The best and most successful teams are not the ones who have that one player that runs the ball up and down the field, but the ones that have the strongest and healthiest relationships as a whole.”

Adding another offensive playmaker, Trinity Oeland dished out seven assists last season with three goals, while Alexander, who is regarded as one of the league’s top defenders, added two goals.

A versatile player for the Lady Eagles, senior Erin Taggard is capable of being another offensive weapon and doubling as a goal keeper. Last season, Taggard scored two goals, with two assists, while also posting a shutout in the net.

“We’re rebuilding the program this year,” Arnold Oeland said. “We have a lot of young talent on this team to pair with our five returners. We have a really good returning core and each of our freshmen bring added value. We’re hoping that will help catapult us to more wins.”

Starting their season off with a tough matchup, Boulder City will travel to 4A Eldorado on Friday, Aug. 23.