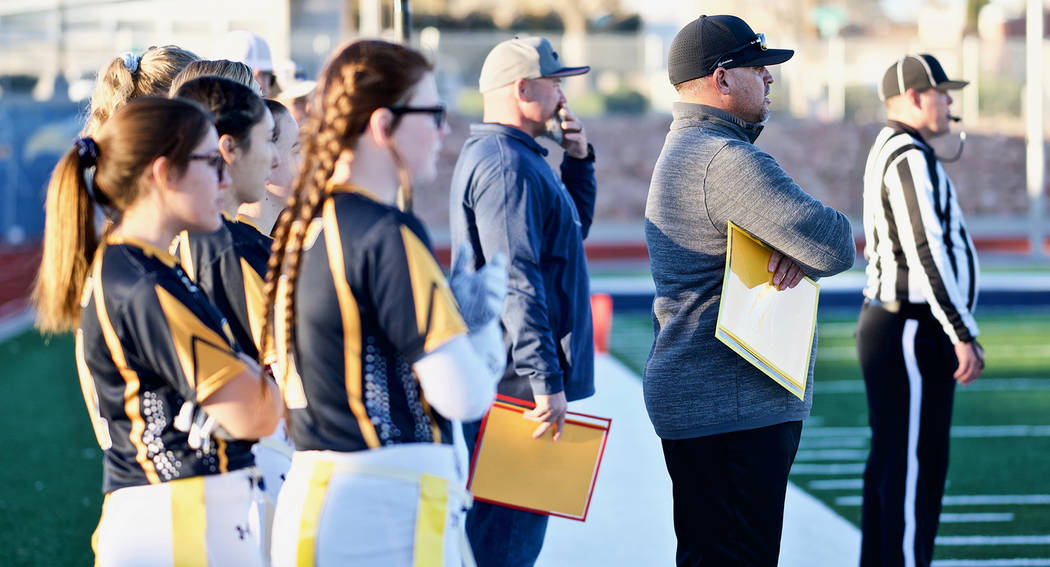 (Jamie Jane/Boulder City Review) Kevin Ruth, center in blue, head coach for Boulder City High School’s flag football team said he is excited for next season after his experiences this year with the senior leadership and seeing the talented players on the freshman and junior varsity teams.

“They were the better team that night,” head coach Kevin Ruth said.

“It was a great year for us,” Ruth said. “We lost to the state champs in the first game by one point and the second game by a touchdown. We were right in the mix but came up a little short.”

Prepared for another season with the program, Ruth also expressed his excitement about next year.

“We have a lot of really athletic girls coming up so it’s pretty exciting. Our junior varsity and freshman teams only lost a combined four games so that’s a lot to look forward to as well.”