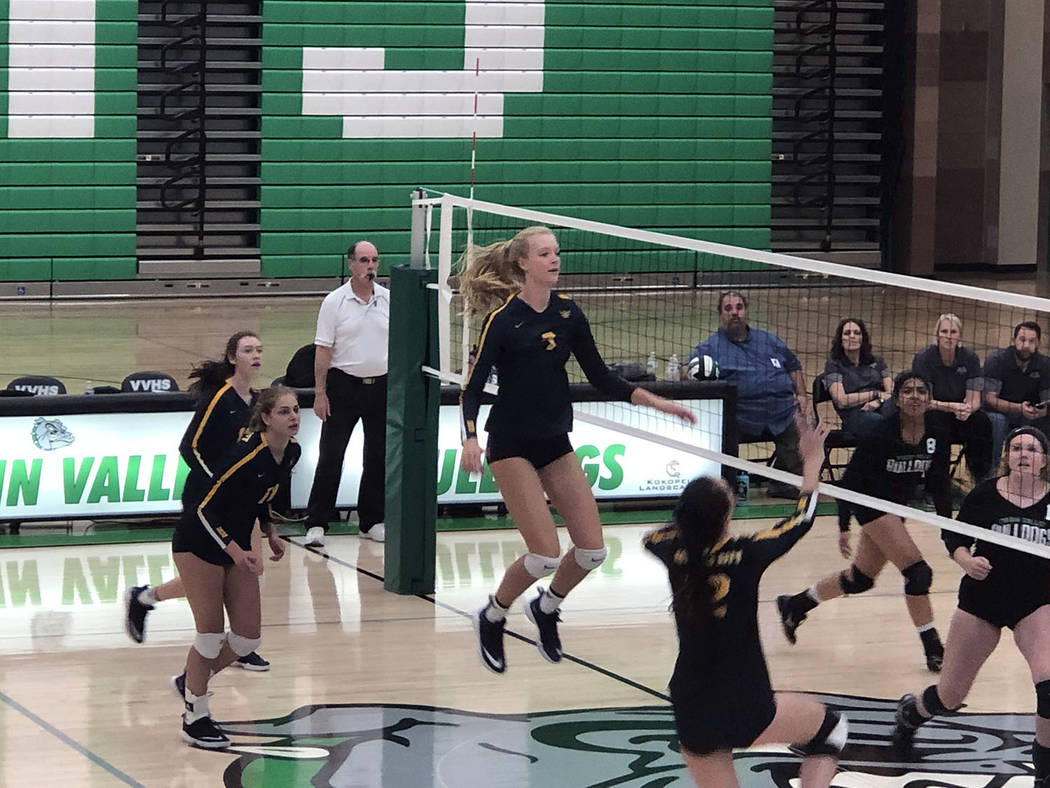 Looking to repeat as 3A Sunrise League champions after going undefeated in league play last season, the Lady Eagles routed both of their opponents 3-0 to advance to 12-1 on the season.

“It was really important for us to get a win against Virgin last week to start off our league play,” senior Raegan Herr said. “We showed up and played our game and it was nice to see that our effort in the off-season has already started to pay off in the regular season.”

Defeating the Miners 25-10, 25-8, 25-7, the Lady Eagles swept their way through last week’s slate of games, proving that no matter the opponent or intensity of the rivalry they come to play.

“It’s really important for us to win every league game we can,” Bailey said. “ We want to keep proving ourselves and honestly so that we can keep scaring our future opponents.”

At the best when serving, Robinson generated eight aces for the Lady Eagles, part of a 28 aces team effort. Prior added seven and Herr added five. Wright served four aces, while tallying 28 assists.

Getting in one last test before the heart of their league schedule begins, the Lady Eagles will put their nearly unblemished record on the line this weekend in the 4A-laden Durango Fall Classic.

Getting a chance to face tougher competition from out of state, the two-time defending 3A state champions will open tournament play on Friday will a trio of match ups against Poly Prep (New York), Assumption (Kentucky) and Lakewood (California).