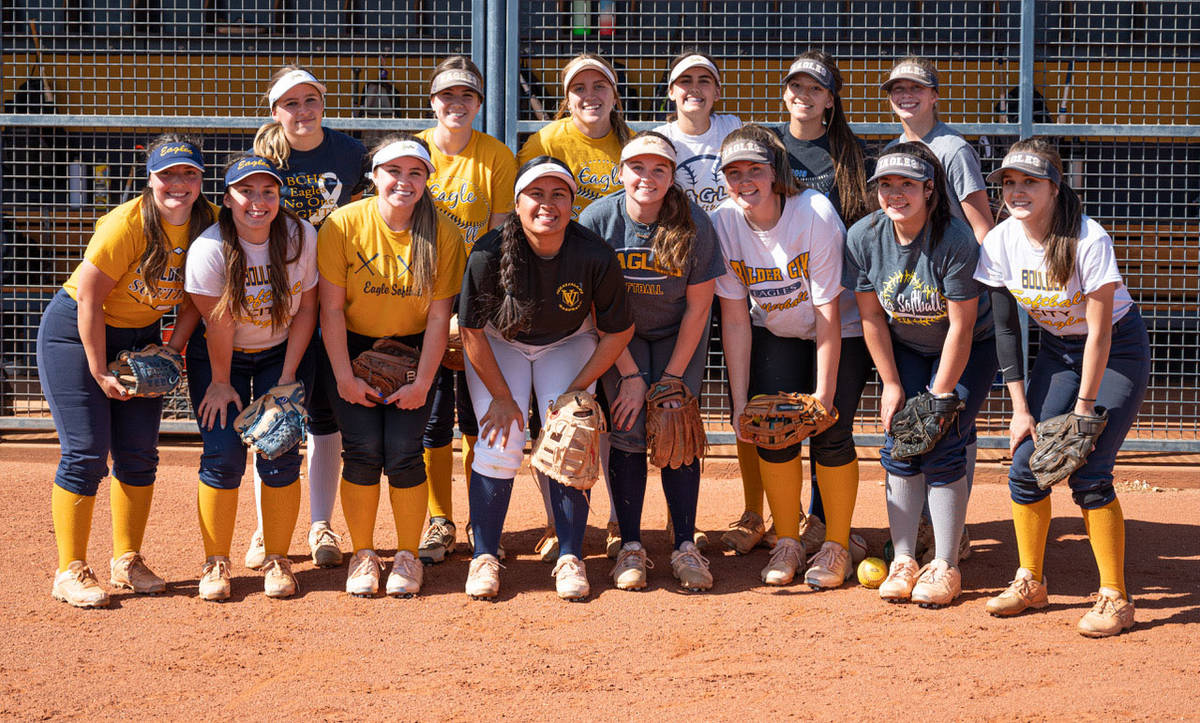 “It’s hard to know exactly where we’re at as a team after a year layoff just about, but I like our roster a lot,” head coach Angelica Moorhead said. “We have a lot of girls returning who have experience and I believe we can be really good if everything comes together. My biggest thing I tell these girls is just go out there and have fun because we never know when it could be over.”

Returning several key components from its explosive offense that blanked 3A opponents Del Sol (15-0) and Valley (14-0) last year, before the COVID-19 pandemic shut down its season, the Lady Eagles once again should be the classification’s top run-producing team.

“We have a lot of girls on our team who can hit the ball,” Moorhead said. “Again, how will the layoff affect (us) is to be seen, but I know these girls put the work in.”

Leading two-way juniors Paeton Carver and Alyssa Bryant return after getting off to hot starts as sophomores.

Both driving in six runs during the Lady Eagles’ five-game stretch, Carver batted .429 with two triples and a double, while Bryant batted .364 with a double. Being able to duplicate that success this year will be crucial at the top of the lineup.

Also returning to the lineup are seniors Brooke Baker, Rose Mackey and Rachel Krumm, along with juniors Samantha Bahde and Jaiden Vandiest.

Bringing back experience on the mound, Bryant has the potential to be the classification’s top two-way player this season, after showing positive signs as a sophomore. Compiling a 2-2 record last season, Bryant struck out 24 batters while holding a 1.25 earned run average.

Coach Moorhead is confident in her abilities despite the layoff.

“She’s going to be our workhorse this year,” Moorhead said. “She was really good for us last year and I’m hopeful she can come out and pitch well for us again.”

Playing a shortened season, the Lady Eagles will open up on the road at Clark on April 17. Postseason play has yet to be determined but chances of a regional playoff are being discussed.