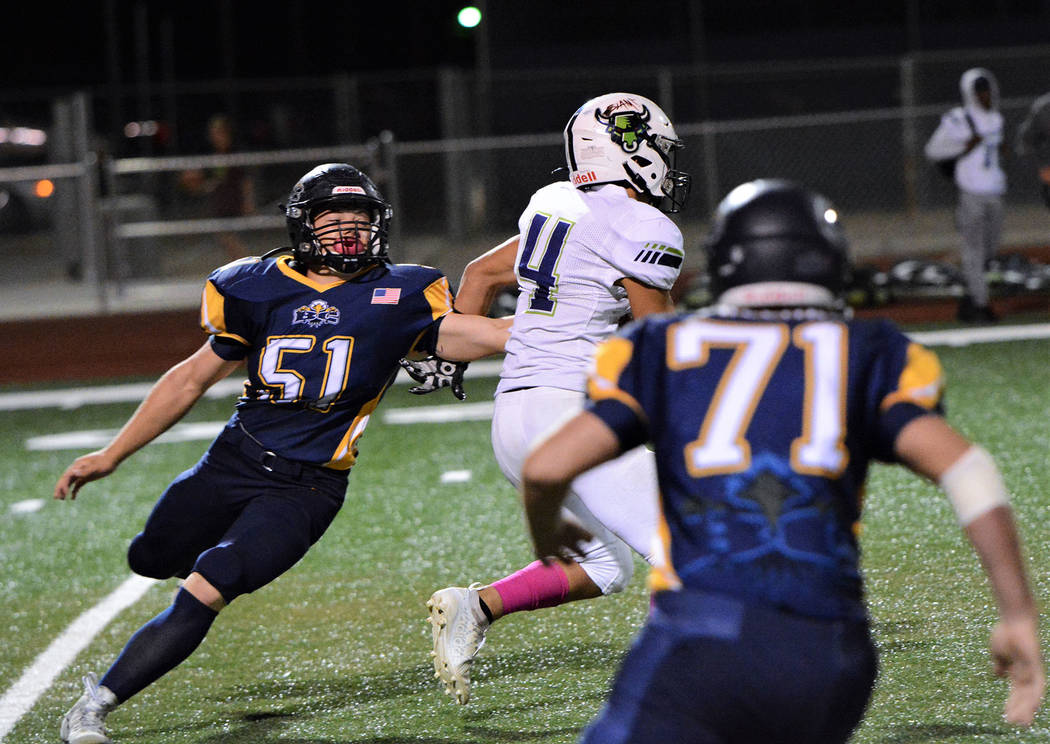 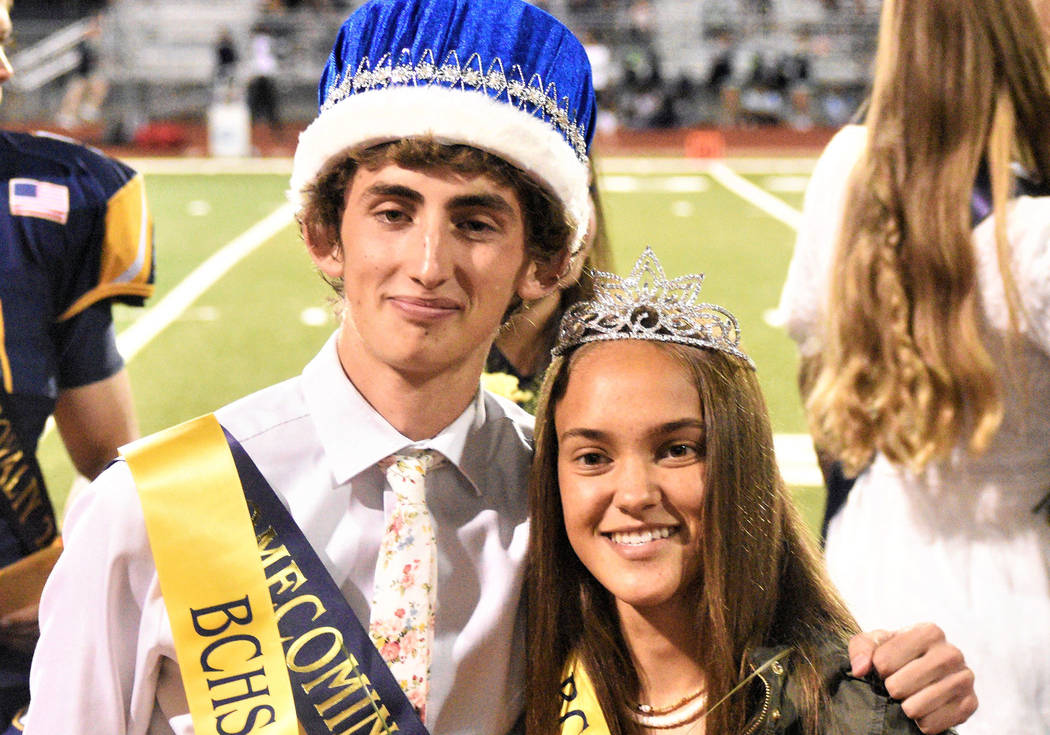 Defeating SLAM Academy 20-0 in front of a packed crowd, the Eagles not only gave the hometown faithful something to celebrate, but also started a hopeful winning streak that will carry over into the postseason.

“This was a big win for us,” head coach Chris Morelli said. “They’re all big wins that we need right now. The Virgin Valley game was riddled with mistakes and we did a better job of limiting them tonight. We only had five penalties tonight, which is about half less than what we’ve been averaging all season, so that was huge. We know every game from here on out is going to come down to who makes the least mistakes.”

While decreasing their penalties was a key game changer for the Eagles, so was senior running back Devon Walker, who ran the ball down the Bulls’ throats for 148 yards and a touchdown on 23 carries.

“We knew with the sets that we were running that Devon would be able to run the ball and have a great night,” Morelli said. “It’s nice to have him back there, barreling his way through defenders. We have a tougher test against Moapa Valley this week, going up against a bigger and stronger unit, but we’re going to make a few adjustments and hopefully get him some touches to make a difference.”

Completing five of six passes for 50 yards, Christian connected with junior Matt Morton for a fourth-quarter touchdown. Nearly flawless on the night, Christian’s lone error came on a quarterback scramble in the red zone, where he fumbled the ball into the end zone, that junior receiver Trey Davis luckily scooped up for a score.

“Dakota definitely made the most of his opportunity,” Morelli said. “He’s been out of practice the last few weeks, but he came in and handled himself well. We kept it simple for him and he did a fantastic job moving the ball down the field.”

Unable to call it a quarterback controversy or name a starter for Friday’s game against Moapa Valley, Morelli said whoever had the best showing in practice this week will get the reps.

Playing solid football all season long until their recent contest, homecoming was a rough outing for Reynolds, who completed just four of nine passes for 28 yards and an interception.

Continuing to play solid all season long, the defense prevailed once again, sacking the quarterback four times, recovering a fumble and blocking a punt.

Looking to continue to play well-rounded football, the Eagles have a big test Friday, Oct. 11, traveling to rival Moapa Valley.