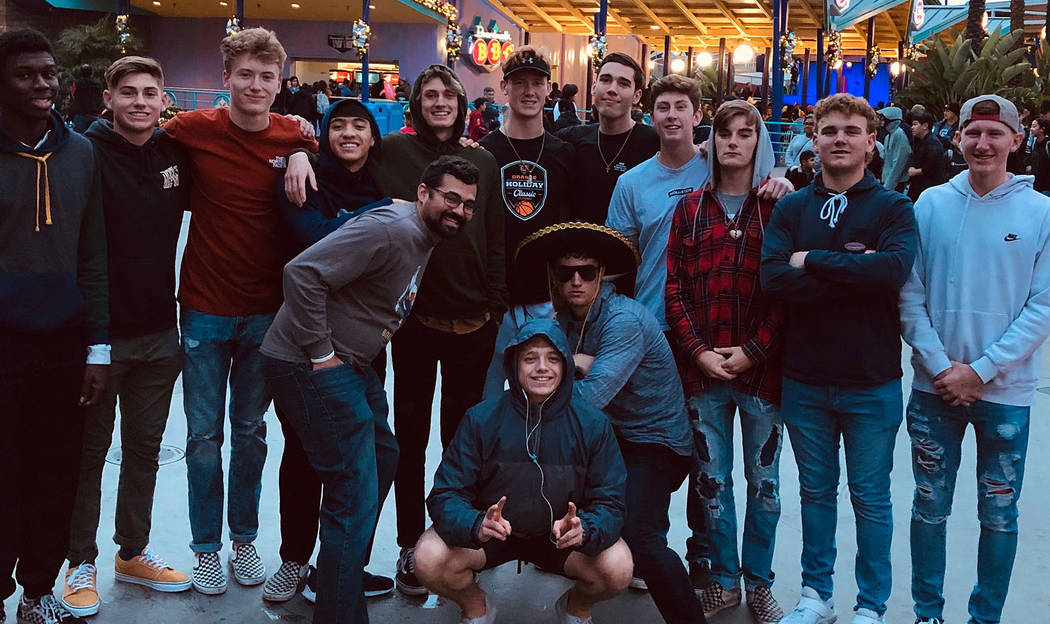 Competing in holiday tournaments this past week to stay prepared for the upcoming second-half stretch of the season, both Boulder City High School basketball programs found success on the court during winter break.

Traveling to California for the Orange Holiday Classic, the boys program finished 3-2 against a handful of out-of-state opponents, while the Lady Eagles stayed home for the Gator Winter Classic at Green Valley High School, finishing with a 3-1 record.

“I tell the girls before every game that I don’t think there’s any team that they can’t play with,” girls head coach Lisa Foster said. “I always say regardless of who we’re playing, we have to go out there with the mindset that we can beat anyone.”

Their lone loss came from California program Marymount 52-49, in a game coach Foster thinks will only help her club get better down the road.

“They gave us a different look than all the other teams we’ve played so far,” Foster said. “It was a good game overall for our girls. They made adjustments and battled with them. Even though it was a loss, I was very happy with them. They played very well.”

Carrying the bulk of the scoring load for the Lady Eagles were seniors Keely Alexander and Ellie Howard, who were the higher scorers in all four contests, averaging 18 points for the tournament.

Alexander was named to the all-tournament team.

“When we’re running our offense through those two, good things happen for us,” Foster said. “They’re both really unselfish players, but they’re fitting into the roles of go-to scorers really nicely.”

Finding success behind their own pair of go-to scorers, the boys performance in California will hopefully provide a second-half boost.

“This was a really good trip for us,” boys head coach John Balistere said. “We got to play some really good teams and I liked what I saw from them. Obviously, we have things to clean up, but we’re getting there as a team. We have a lot of talent; we just need to play more fundamental basketball and trust a little bit more.”

Led by juniors Ethan Speaker and Matt Morton, the Eagles picked up victories over Samueli Academy (California) 70-27 and Skyline (Washington) 61-55 on Friday, Dec. 27, followed by a 57-52 victory over California program Foothill on Monday, Dec. 30.

Speaker was named to the all-tournament team.

Coming back from winter break, both programs will have their hands full Monday, Jan. 6, when they travel to 4A Foothill.