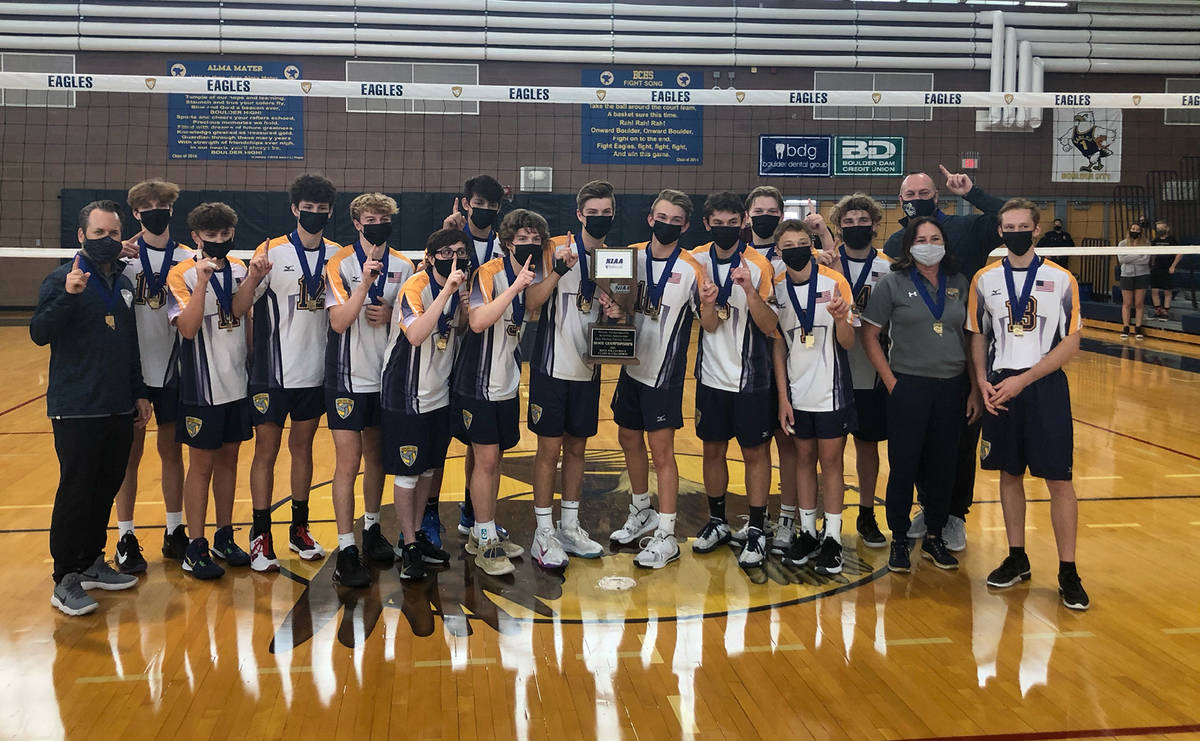 “I have never coached a group of boys who have improved so much from the beginning to the end of the season,” head coach Rachelle Huxford said. “They set their sights on being in the championship game at the beginning of the season and I threw it out there as a challenge for them.

“This is just a testament to how hard this group has worked to get better.”

Able to hang a championship banner just five years since its inception as a program, the Eagles left no doubt this postseason that they were the best team, defeating Eldorado 25-9, 25-22, 25-20 in the championship match.

Battling back and forth with the Sun Devils in the finals, the Eagles cruised to a win in the first set, before finding themselves down by 5 points, 19-14, in the second set.

After mustering up a comeback in the second set, the Eagles came out resilient in the third set, closing the Sun Devils out in three sets for a clean sweep of the season.

“The boys wanted to finish the season without dropping a set,” Huxford said. “Eldorado came out and challenged us and it was great to see how they handled adversity. They came in after that second set after being down for a while and were determined to finish strong.”

This year’s Eagles team featured a young core hungry for more. Without going into talks of a potential dynasty looming, Huxford expressed her excitement for the future of her program.

“The sky is the limit for this group,” she said. “We’re a really young team and I can see us being a force to be reckoned with for the next few seasons. This is a great group of boys and I’m excited to see where this goes.”