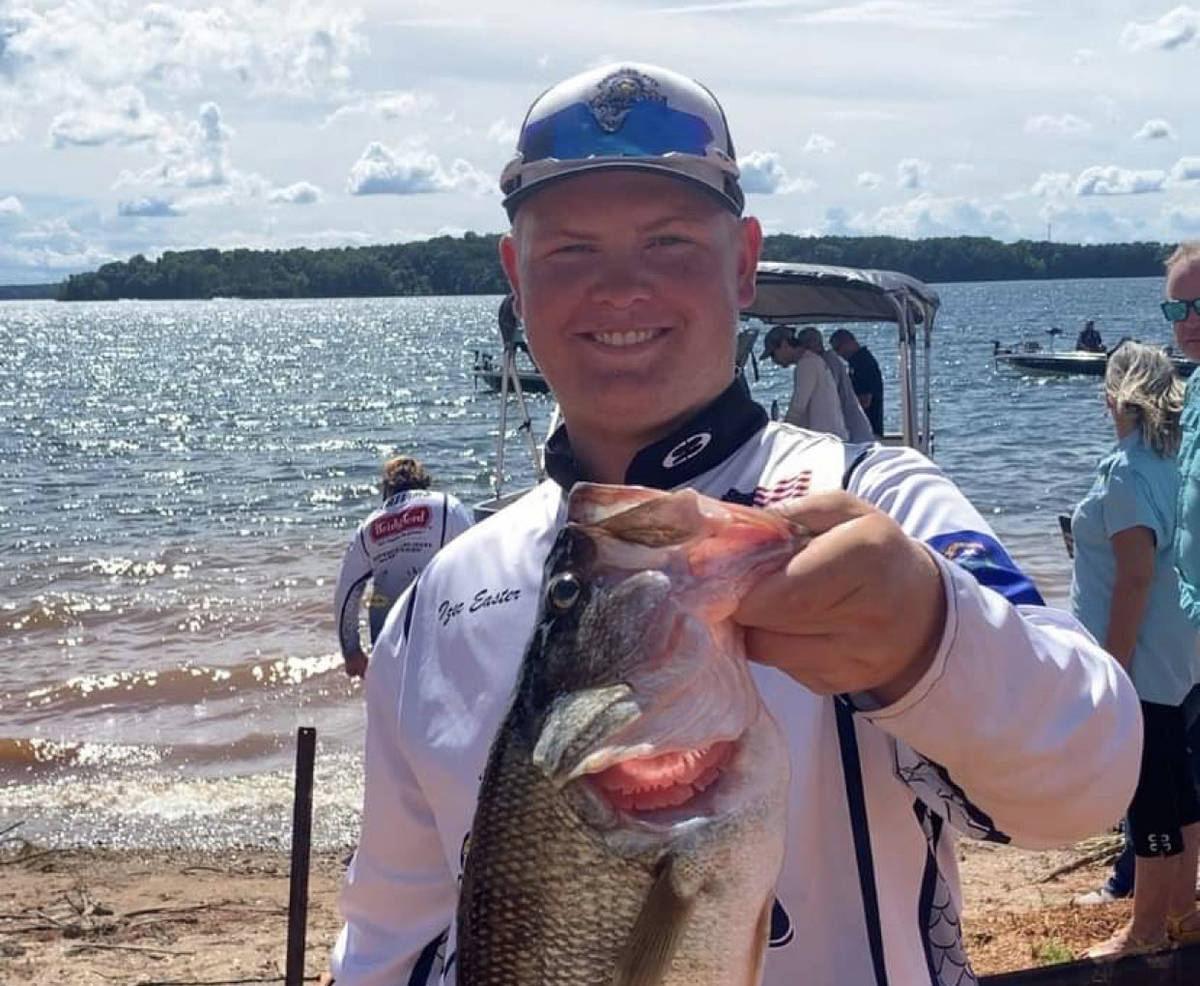 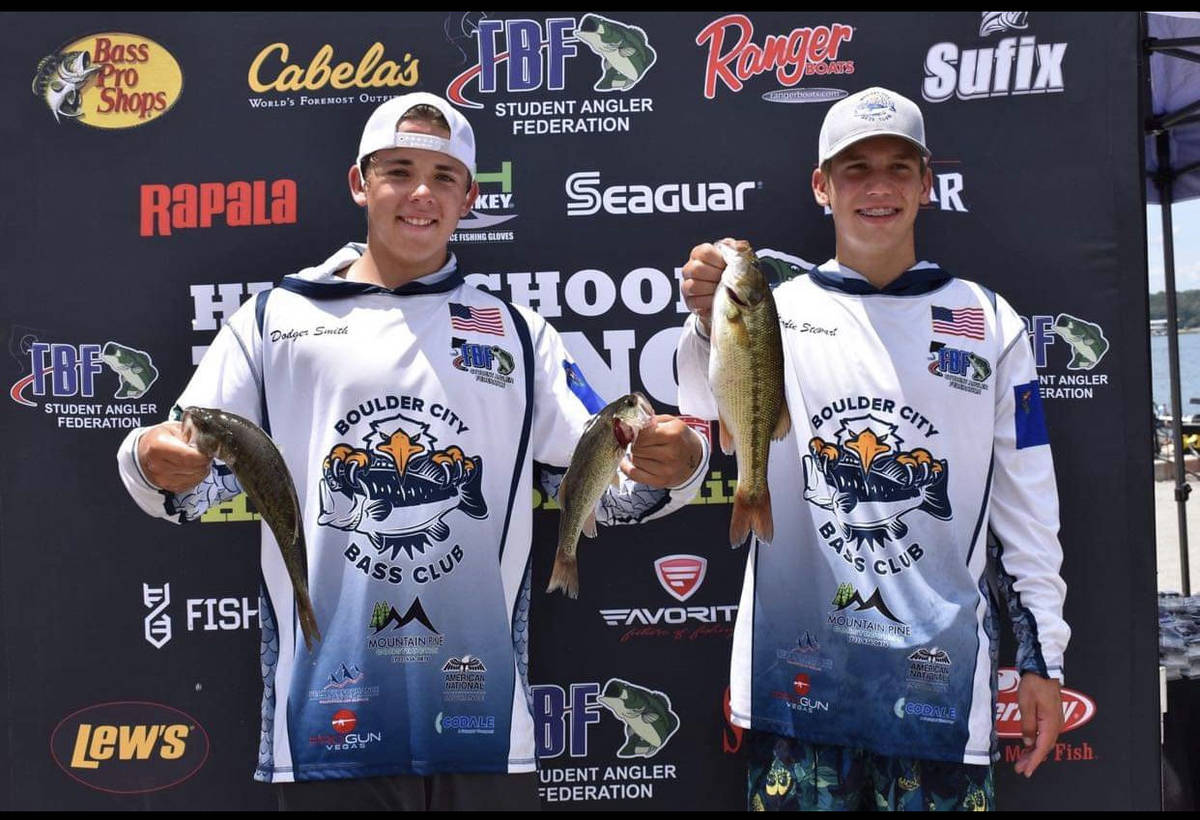 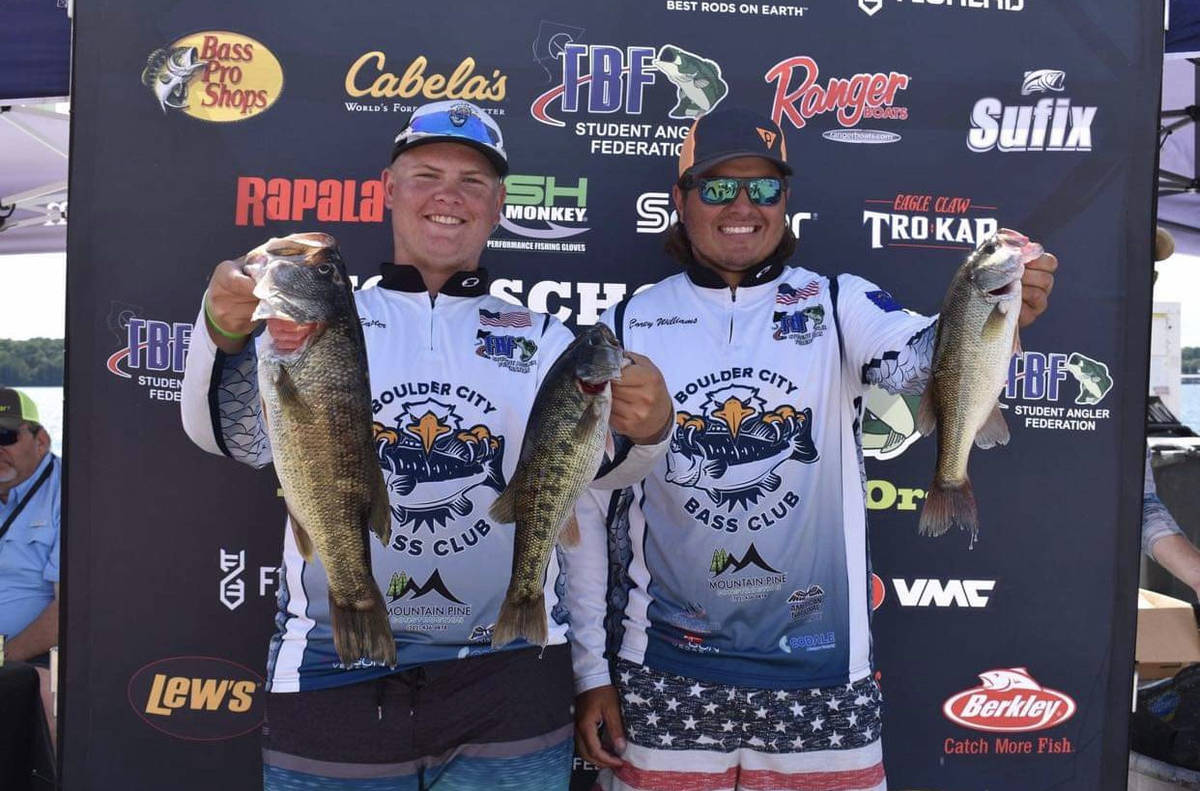 Competing as teams of two, Corey Williams and Izec Easter and Charlie Stewart and Dodger Smith each advanced to the semifinal round of the world finals.

Easter and Williams, who finished 70th overall in the world finals after catching one fish on day three of the tournament, had their fair share of bright moments on Lake Hartwell. They climbed the rankings up to 40th out of 387 teams on day two. The duo caught three fish on both day one and two for a total of 8 pounds, 6 ounces.

In national competition, Easter and Williams finished 29th out of 236 teams, but failed to make the final cut for day three.

“I was very happy to finish 29th,” Easter said. “It is a big accomplishment. Our state championship had only five teams in the tournament, where nationals had 236 teams in it. Fishing with that many other boats on the same body of water is much more competitive.”

Finding success while making adjustments, Easter and Williams went from fishing areas of water locally without any nearby competitors to having to fight it out in coves where there were five or six boats present at a time. While this presented a more challenging task for the duo, the tandem never folded.

“When we passed a cove we wanted to fish and there were already teams in it, we started on the very outside of it and waited until they left and then went in and fished,” Easter said. “When you put that many teams out on the same body of water, finding water that no one else had seen is very difficult. When it was our turn, we stuck to our two or three different baits that we knew would catch fish and went to work.”

Individually, Easter cracked the top 10 at the tournament for biggest fish caught, reeling in a 4-pound, 14-ounce fish on the second day of the event.

Smith and Stewart fared well for their first outing at nationals and worlds together, finishing 171st in the national competition and 257th in the world finals, catching three fish on both day one and two of the tournament for a total of 3 pounds, 10 ounces.

“I think that Charlie and I did really well considering that it was our first year going,” Smith said. “We caught our three fish limit on both day one and two and we caught fish every day of the tournament. We just couldn’t find any of the big ones.

“Competing nationally is really stressful but I think it is also a lot more fun compared to competing locally,” he added. “I love the idea that I have the opportunity to fish new lakes and bodies of water and that I get to meet people from other places and hear how they fish compared to us.”

Already looking to next year, Easter, Smith and Stewart have their eyes set for nationals next summer. Williams, who will graduate this year, will be unable to compete.

“I look forward to continuing to build the club and hopefully qualify for nationals next year and fish in Florence, Alabama, on Lake Pickwick,” Easter said.