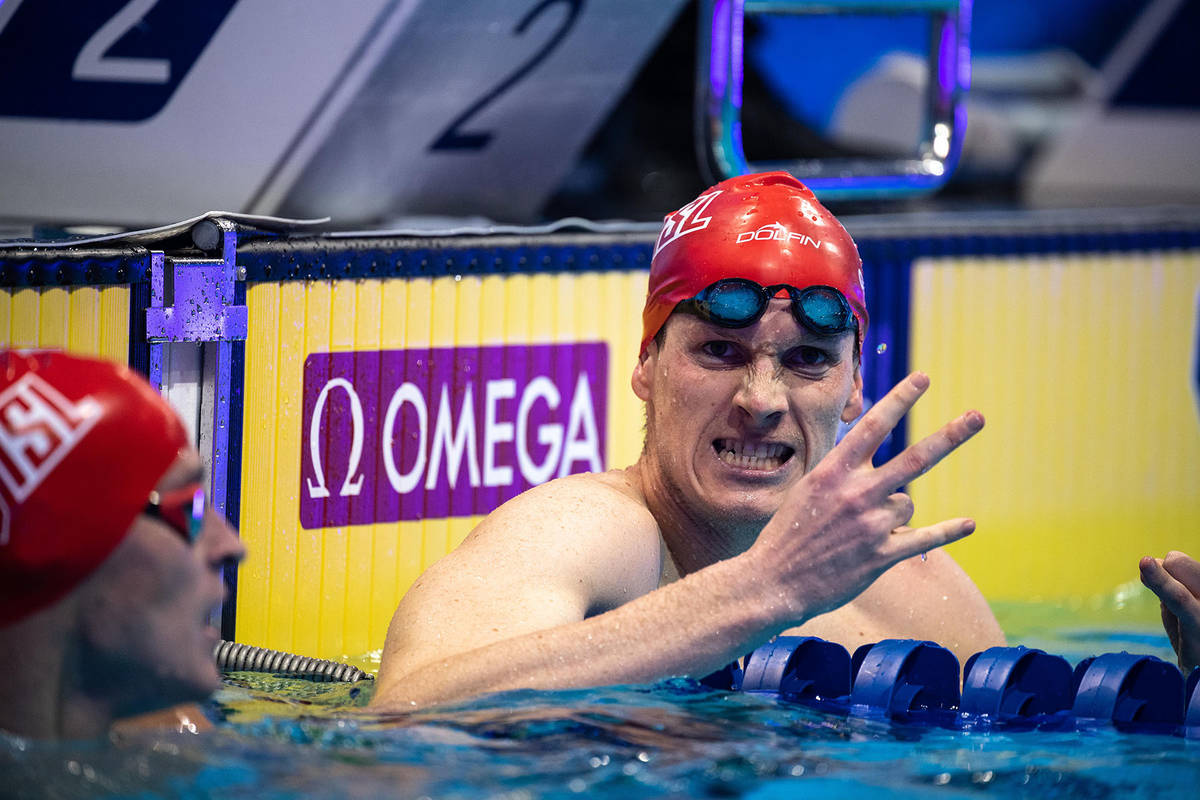 Competing for the nation’s capital DC Trident, Grothe entered his second season with the club on a high note, edging out Aqua Centurion’s Romanchuk Mykhaylo by 0.35 of a second for the victory.

“It felt great,” Grothe said. “The time was a second faster than my fastest one last year, and I was able to score extra points for my team with a jackpot.”

Neck and neck with Mykhaylo for the entire race, Grothe (3:39.79) was able to overcome a short deficit heading into the final lap, earning his team 12 points for the event.

“I executed my race exactly how I wanted,“ Grothe said. “It definitely helped that I was at the right place at the right time to be able to win.”

Competing in the 400-meter individual medley, Grothe finished seventh with a time of 4:10.76, earning two points in the event.

For the match, the Trident finished third in the four-team race with 350 points and currently sit in fifth place in the eight-team league.

Spending the next five weeks in Budapest for the regular season, Grothe has set his sights on not only improving his individual times in the pools, but helping his team rise up in the rankings.

Unsatisfied with mere victories, Grothe wants to see growth in the pool this season, hoping to see his times drop in the process.

Already off to a strong start, Grothe has won three races to date in the ISL and is looking for more. Bringing a strategic approach with him to the pool, Grothe said he is hopeful to find ample amounts of success this season after gaining valuable experience.

“I’m a lot more experienced this year in short-course meters now after last season,” Grothe said. “I will use that to dial in my race strategy for faster swims.”