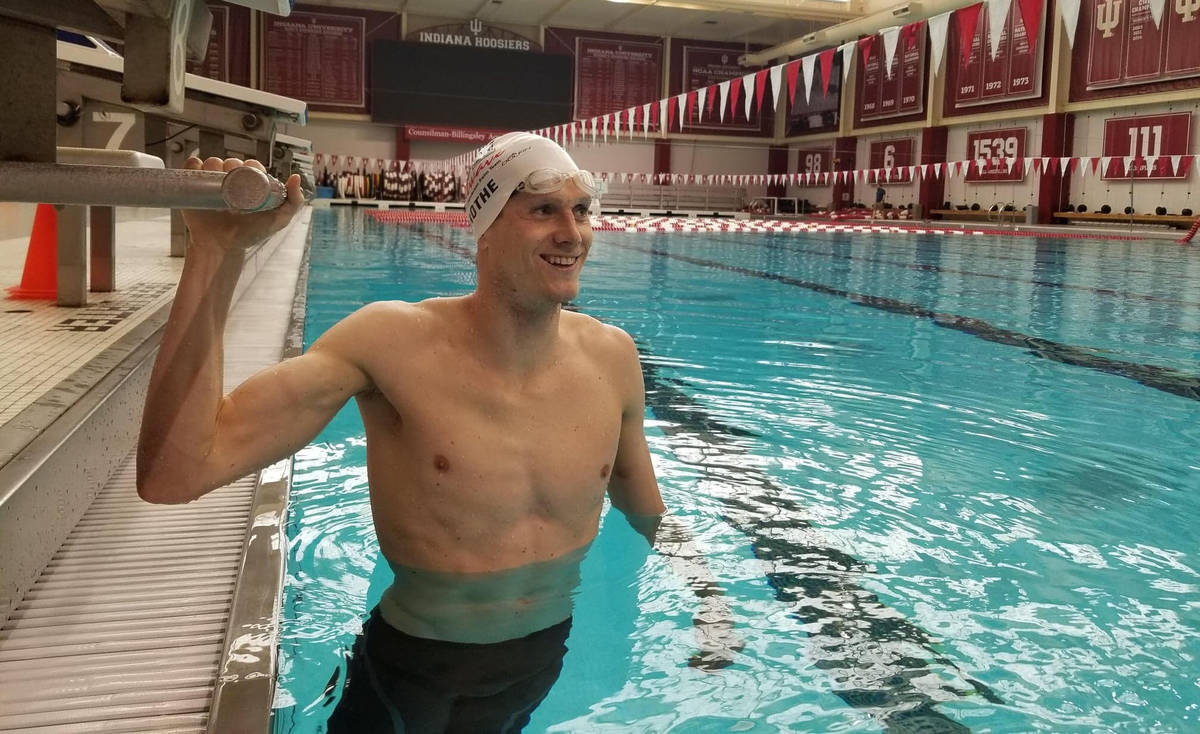 Making perhaps one last effort at a life-long dream, Zane Grothe, a 2010 Boulder City High School graduate, was named to the U.S. National Team where he’ll compete for an opportunity at the 2021 Olympic Games.

This is Grothe’s seventh time representing the national team.

One of 56 male swimmers who earned a chance to compete at the Olympic trials in Omaha, Nebraska, from June 13-20, 2021, Grothe, 28, knows this could be his last time competing for a coveted spot in Tokyo, Japan.

One of the United State’s most versatile swimmers, Grothe is one of three male swimmers capable of competing in four events, most likely participating in the 200-, 400-, 800- and 1500-meter freestyle races.

Making one last attempt, the 2021 Olympic Games play favor to Grothe’s efforts, including the 800 freestyle event for the first time, his best event.

Coming into the Olympic trials as the 2018 Pan Pacific event champion, Grothe enters Omaha as the U.S. leader after recording a time of 7:43.74. He’ll also be the oldest.

“I’m very much looking forward to the 800 freestyle,” Grothe said. “I feel it’s one of my best races and one of the best shots I have for making the team. I believe I’ll be the oldest potential Olympian in all of my races. I do take pride in the fact that I’m still competing at this level at this age.”

With the coronavirus pandemic severely limiting competitive events since March, including this year’s U.S. Olympic trials and the games themselves, Grothe’s training has been limited. Getting back into the swing of things, he’ll have nearly a year to fulfill his dream.

“It’s very possible this will be my last Olympic trials or at the least the last chance that I’ll be at the Olympic level to make the team,” Grothe said. “I’m motivated to be all in 100 percent with my training and my racing for the next year.”