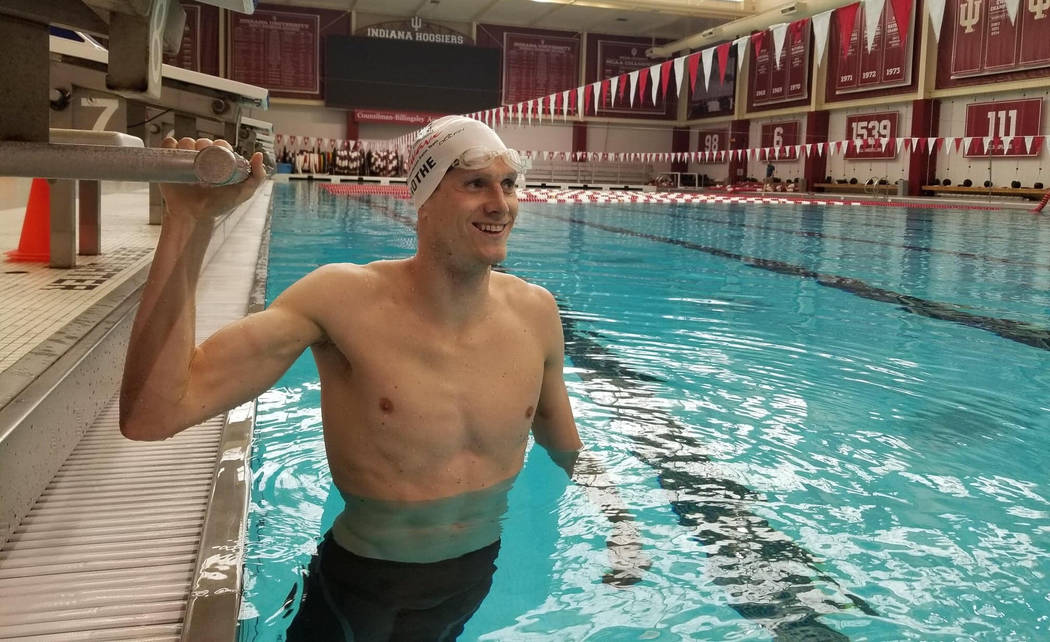 Zane Grothe, a 2010 Boulder City High School graduate, has added another milestone to his pro swimming career. He was selected June 18 by the DC Trident for the inaugural International Swimming League season.

One of eight clubs that make up the International Swimming League, Grothe said he is excited to participate in the newly founded league and is excited about the future idea of expansion.

“I don’t want to sound underwhelmed, but I was surprised I was recruited by anyone being that I will most likely only compete in the 400 freestyle,” Grothe said. “I am definitely excited to be included in this monumental step in the world of swimming, but I’m more excited for any future expansion the ISL may be planning for the true distance swimmers of the world.”

One of the top 400-meter freestyle swimmers in the world, Grothe won gold at the 2018 Phillips 66 National Championships and placed third at the 2018 Pan Pacific Championships. He also excels in the 800 and 1500 freestyle, which Grothe hopes will be added in the future.

The International Swimming League is a gender equality league that employs 12 men and 12 women on each team with the goal of offering swimmers more opportunities to swim competitively outside of the Olympic Games. Financial compensation for athletes includes appearance money for clubs, individual prize money, clubs prize money and insurance and pension plans.

Creating a suitable product for the sport’s elite, the International Swimming League has added instant credibility by signing over 200 of the world’s best swimmers. Fielding a league with around 75 percent of all current Olympic champions and world record holders, Grothe said he is impressed with the star power the league has attracted.

“The names I have seen included in the ISL so far should make for some great racing,” he said. “I can imagine the competition being a small step above the current FINA World Cup meets.”

Starting in October, there will be six regular season meets before the league final culminates Dec. 21 in Las Vegas at the Mandalay Bay.

“Competing in such a high-level event like the league finals and being in Las Vegas would be thrilling,” Grothe said. “It is definitely the goal to be able to race on my home turf.”

Starting his new journey this fall, DC Trident will compete Oct 4-5 in Indianapolis, Indiana, against the Cali Condors, Aqua Centurions and Energy Standard.