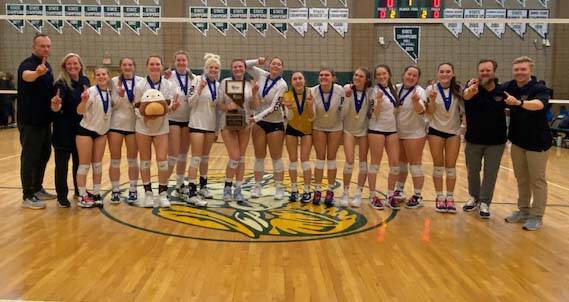 “This was a good win for us,” Robinson said. “They’re a good team, a very well-coached team. To beat them three times in a season is very special for the players. It was a really satisfying win.”

Sophomore Kira Delong dished out 50 assists on the night with eight digs. Junior Jordyn Woodard made a game-high 21 digs with two aces.

“We were excited about winning a state championship, but felt more relief after beating Spring Creek to make it there,” Robinson said. “Last year we didn’t make the final so there was a big burden off our shoulders when we beat them.”

Returning nearly the entire roster from this season’s team, the future is bright for the Lady Eagles, with team members hoping to go on another string of championship runs.

“We’re going to miss our seniors, but the future is bright,” Robinson said. “Obviously, we have to fill some roles and move players around, but we have a lot of talented juniors in our program.” 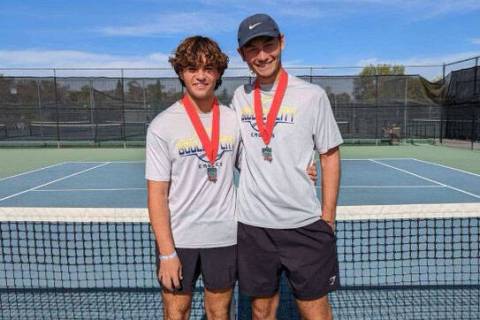