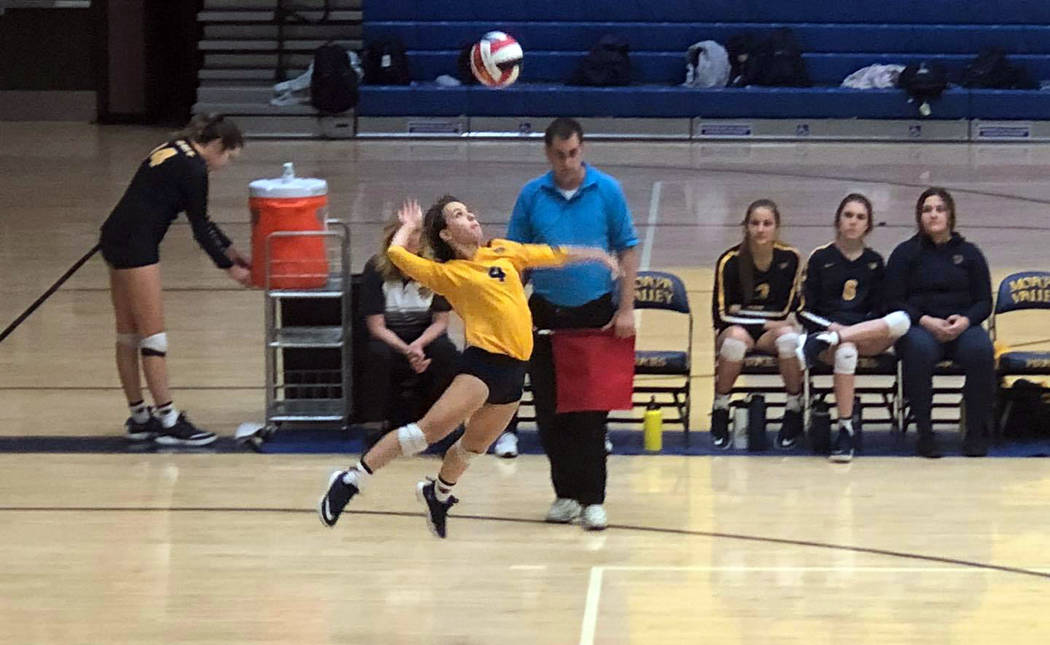 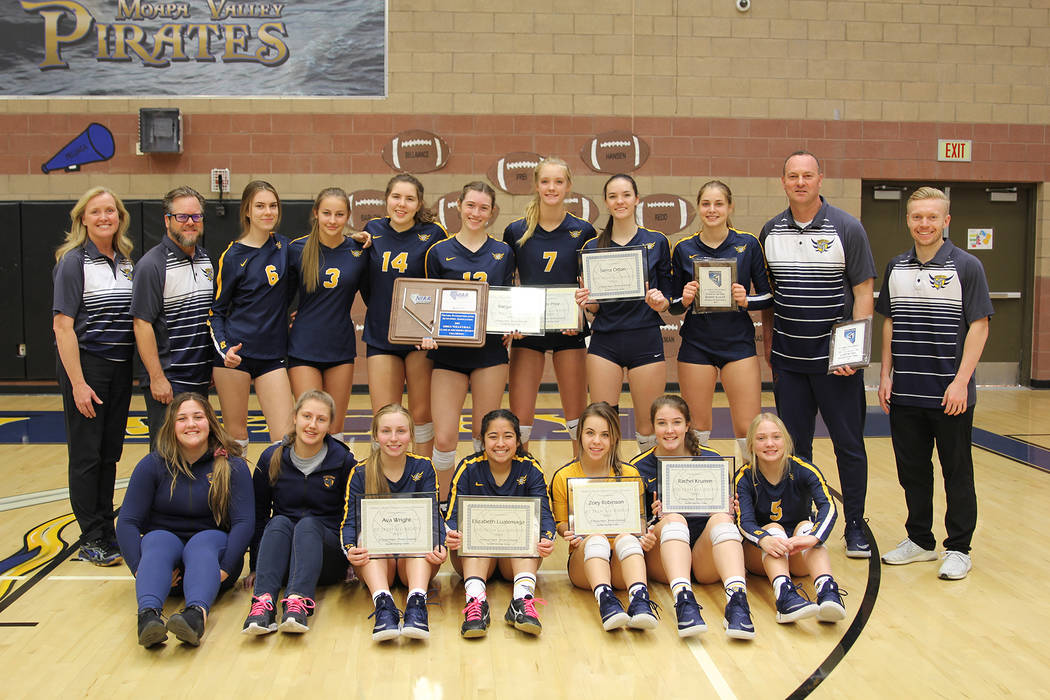 Continuing to run the table, Boulder City High School girls volleyball team is making another run at the 3A state tournament title after defeating Moapa Valley 3-0 in the regional championship Saturday, Nov. 9.

Defeating the Pirates 25-17, 25-13, 25-23 in an emotional rivalry matchup, the Lady Eagles are now in the driver’s seat to capture their third consecutive 3A state championship.

“Winning the regional championship again was so fun, especially because it was against Moapa,” junior Ava Wright said. “The energy from the crowd was awesome and made the win that much better.”

Winning 22 consecutive matches, the pressure on the Lady Eagles to capture their third consecutive state title is at an all-time high, but the group has been able to battle past those lofty expectations in the past.

“We feel a lot of pressure as the favorites to repeat for the title, but we are confident in the abilities of our team and know what we have to do,” Herr said. “We experienced a lot of these same expectations last year so I think we are equipped mentally to be able to handle the pressure. We know we have to stay focused in the moment and not look too far down the road.”

Wright made sure to get everyone involved offensively, setting up six players for kills en route to a 38 assists effort.

Focused on setting a new record with what could be a total of 41 wins, the Lady Eagles are locked in on capturing another state title.

Facing South Tahoe in the opening round Friday night at Faith Lutheran, the pressure will be on, but the Lady Eagles are well-prepared.

“We feel really prepared and excited to compete in state this year,” Bailey said. “It’s always pressure to have a target on your back, but we have thrived in pressure situations before. The win record motivates us, but our main goal this whole year has been to win the state title. We hope to be able to pull it out like we know we can.”