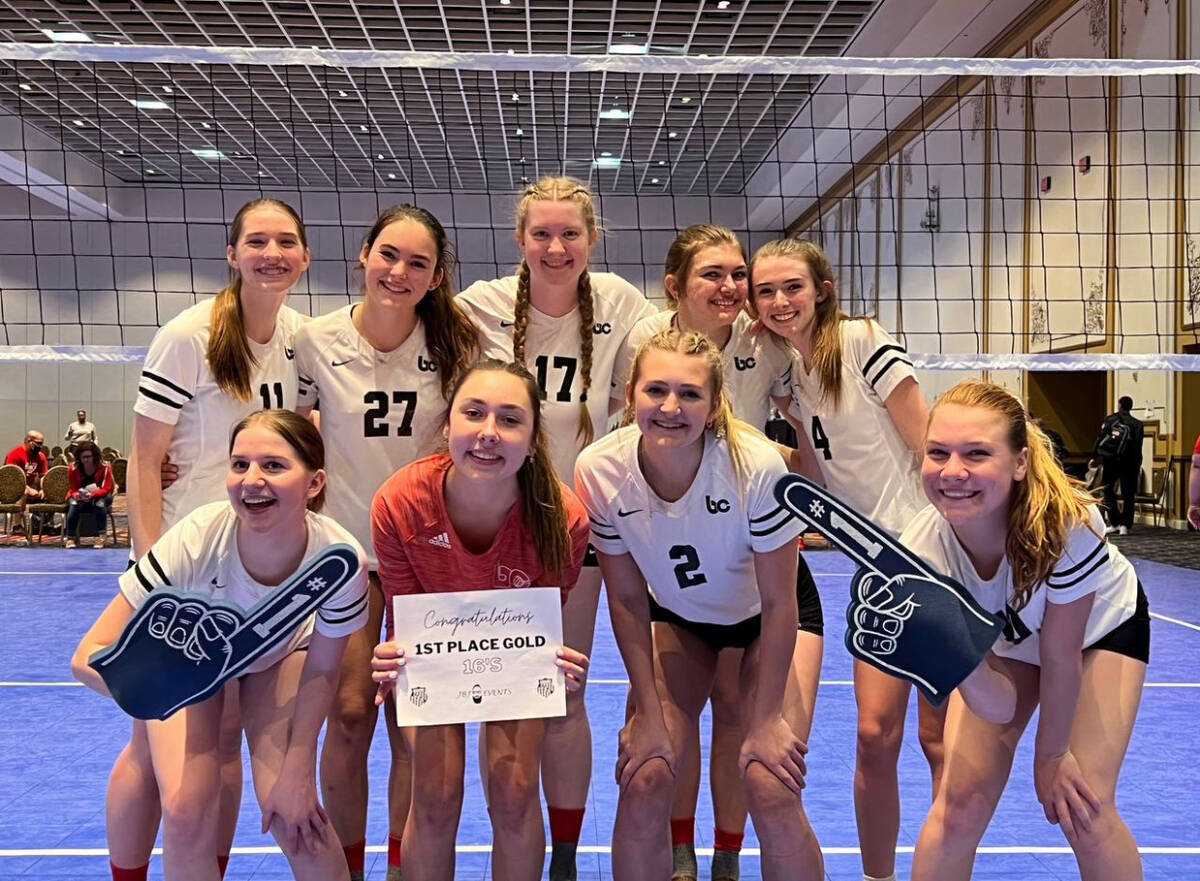 (Chad Robinson) Celebrating their recent win at the May super regional In It to Win It competition are members of the Eagles 16U team, top row, from left, Megan Uszynski, Kira Delong, Anna Johnson, Haley May, Aspen Christian; bottom row, from left, Kamilla Bacon, Jordyn Woodard, Ethnie Calvert and Addison Doane.

Playing in the Las Vegas Power League, where they won the end-of-the-season tournament, the Eagles have compiled a 47-14 record during the season that dates back to December.

Riding a current 24-game win streak, the team of juniors, Kamilla Bacon, Ethnie Calvert, Aspen Christian, Addison Doane, Anna Johnson, Haley May, Megan Uszynski and Jordyn Woodard and sophomores Kira Delong and Sydnee Freeman showcased their talent against top West Coast programs at the AAU 16U In It to Win It super regional.

Finishing with a 9-0 record at the super regional May 13-15 at the Paris Las Vegas, the Eagles defeated programs from Arizona, California, Hawaii, Montana and Utah.

“We played some very good teams,” said head coach Chad Robinson. “Our last five matches could’ve went either way, the teams we played were that good. Our semifinals and championship matches were decided in three sets. We were challenged.”

Getting extra reps during the offseason and gaining experience, Robinson said he is hopeful the girls’ time in club ball will translate into high school success.

“Playing club ball definitely gives these girls a leg up on the competition,” Robinson said. “A lot of the charter schools in our league are coached by club coaches and have club players on them, so it definitely helps us keep up. Volleyball is a game of repetition so obviously the more touches these girls get, the better off they’ll be.”

Creating a dynasty before the COVID-19 pandemic, the Lady Eagles won three consecutive state championships in 2017, 2018 and 2019, while making a state tournament appearance this past season.

Prepping for one more tournament before taking a month off in preparation for the start of the high school season, the Eagles will compete in the Southern California Volleyball Association Summer Soirée on June 22-25 at Mandalay Bay.