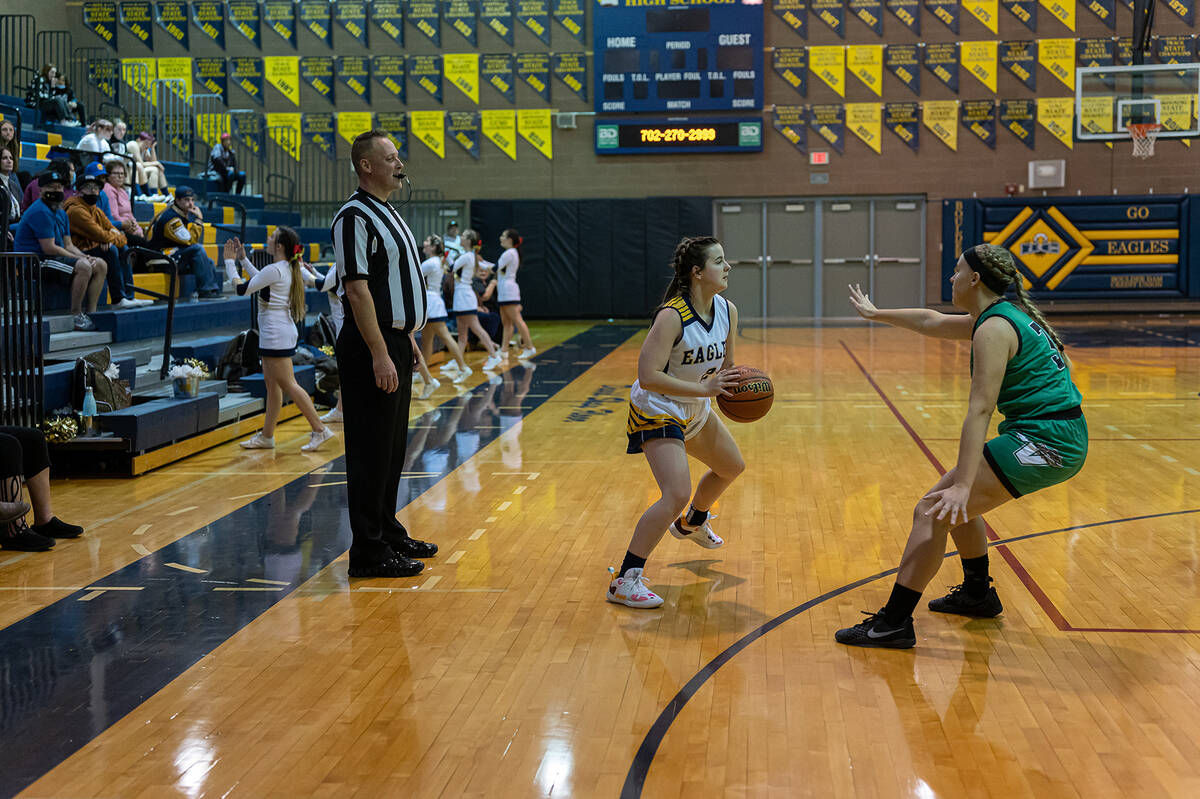 “The competition in the Tarkanian Classic was exactly what we needed to continue to improve as a team and prepare for division play,” said head coach Brian Bradshaw. “Several players contributed to our success and defense was a strength throughout the tournament. It was definitely a team effort overall.”

Ending the tournament with a thrilling overtime victory against Bonanza, the Lady Eagles escaped with a 30-25 win.

Senior Ella McKenzie hit a free throw to tie the game in regulation play, before the Lady Eagles’ defense held the Bengals scoreless in overtime.

“Having a chance to play in some close games and face adversity at a higher level can only help us down the road,” Bradshaw said. “I’m very proud of how hard we worked and competed during the tournament. These girls play with a lot of heart.”

Dropping a pair of close games, the girls fell to Canyon Springs 43-39 and Somerset Academy Losee 32-27.

Falling to rival Virgin Valley 56-23 on Friday, Dec. 17, prior to the Tarkanian Classic, Leavitt and McKenzie both scored 6 points.

Continuing to get games in during the holiday break, the Lady Eagles will travel to Green Valley High School for the Gators’ holiday tournament. Starting Monday, Dec. 27, the girls will play Arizona program Flagstaff, before playing local Palo Verde on Tuesday, Dec. 28.