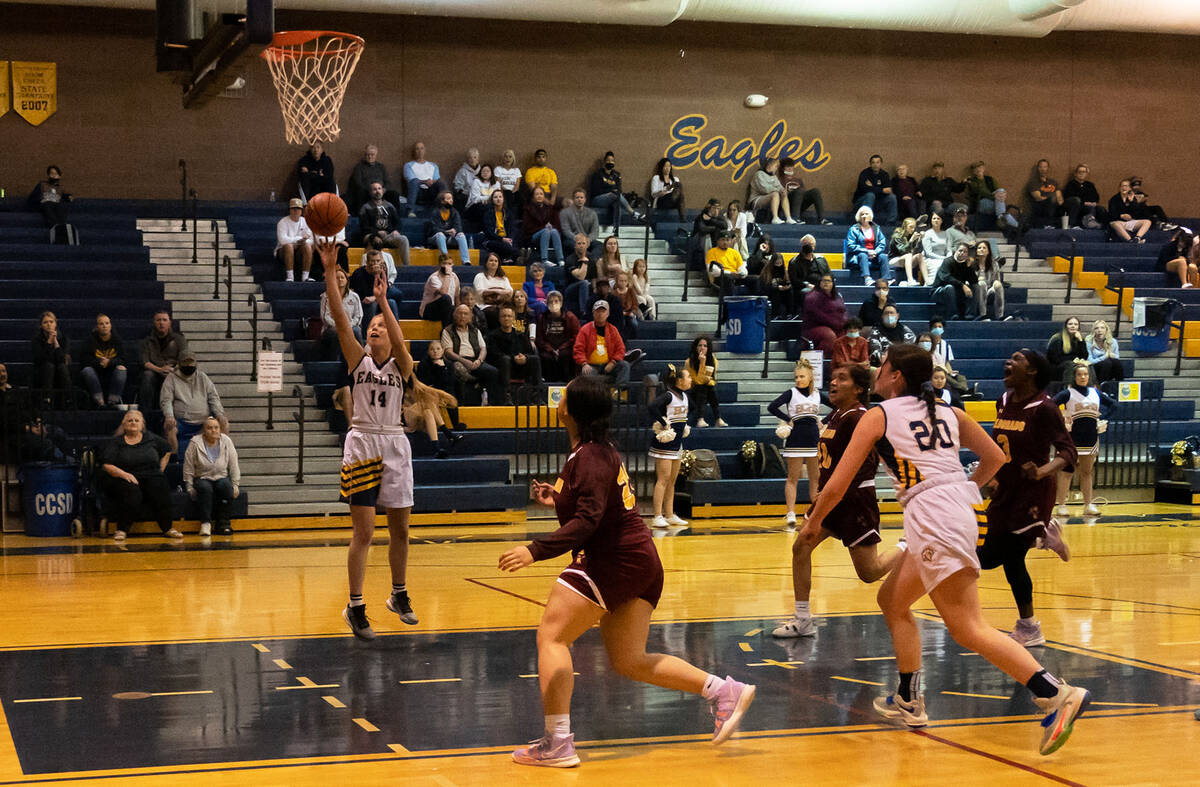 “I feel really good about our team,” said girls head coach Brian Bradshaw. “We’re coming together as a team and understanding the way we have to play to be successful. We’re clicking at the right time — just before the postseason. We’re playing with a level of confidence that we didn’t have at the start of the season.”

“We’re starting to do a better job of communicating on defense,” Bradshaw said. “We run a lot of different defensive schemes and the key to that is communicating and playing aggressive. That has definitely been a strength of ours this season and now we’re starting to turn those turnovers into points.”

Traveling to Pahrump Valley to conclude the regular season Friday, the Lady Eagles (12-9) will be fighting for first place in the Desert League heading into postseason play.

“We’re approaching this game as a championship game,” he said. “We feel really good about the way we played against them the first time. We’ve worked on some key weaknesses since then and I really believe we have a chance to win and go into the postseason with some momentum.”