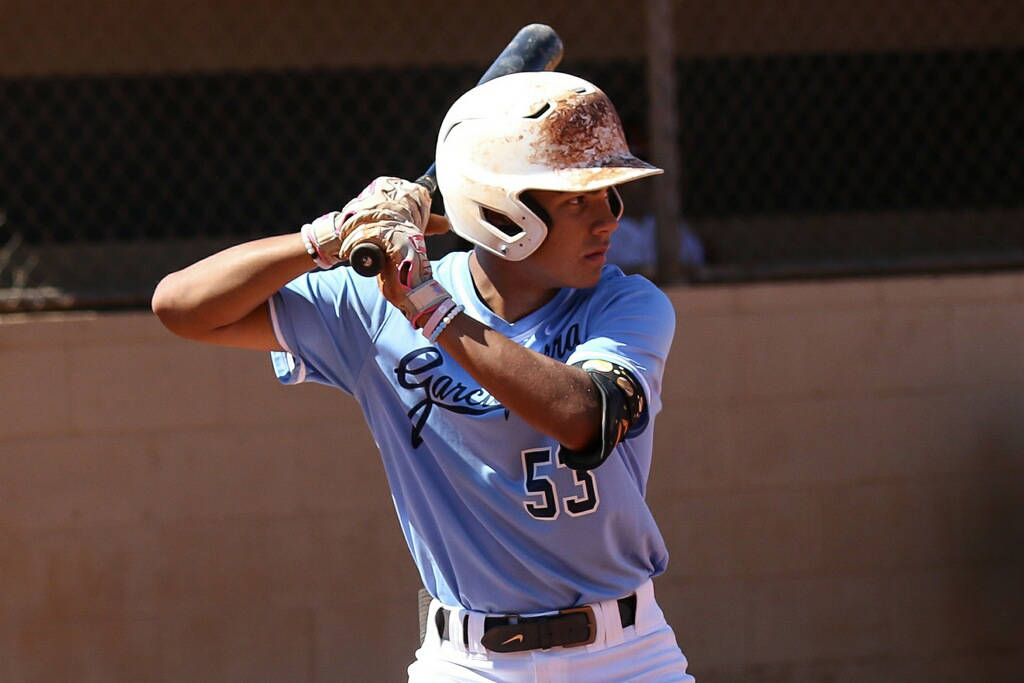 (Yong Dawson Photography) Jet Gilliam, a sophomore at Boulder City High School, awaits his pitch in the batter's box while playing for the Road Dawgs of the Garciaparra Baseball Group. 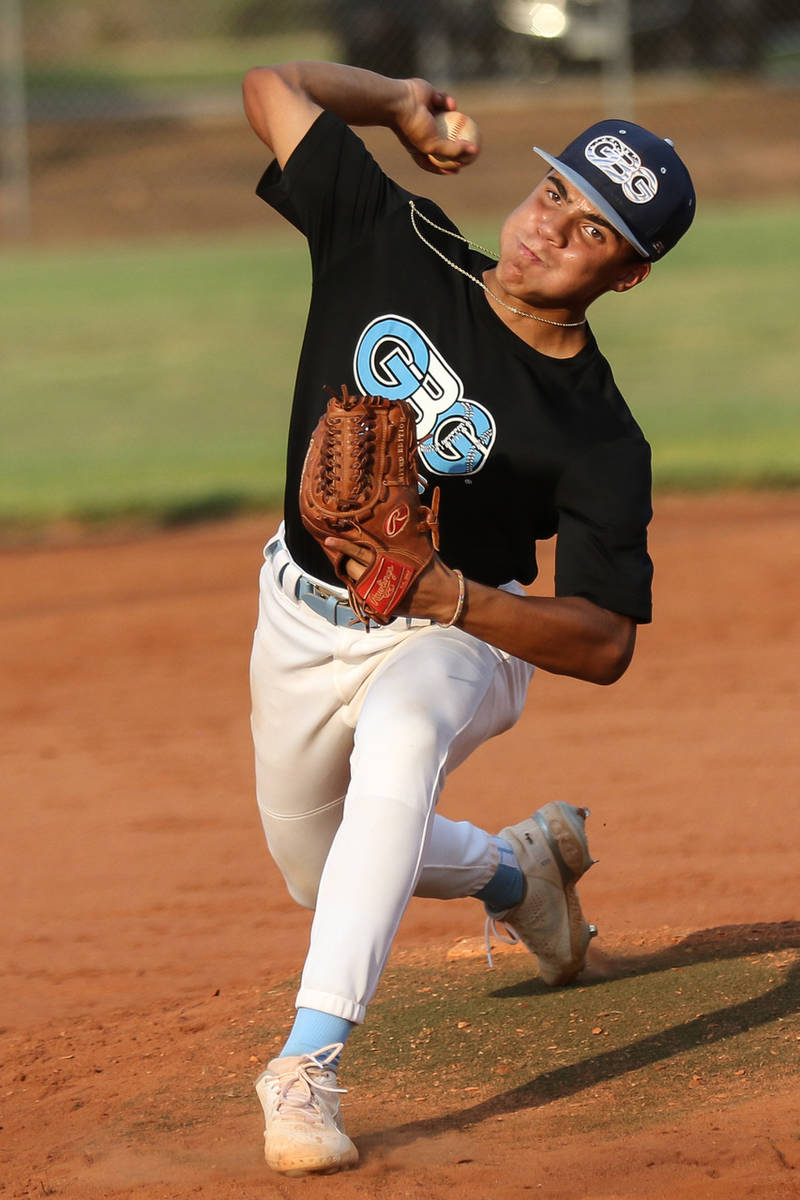 (Yong Dawson Photography) Jet Gilliam, a sophomore at Boulder City High School, takes command of the strike zone while playing for the Road Dawgs of the Garciaparra Baseball Group this summer.

Establishing his place as one of the top players in Nevada as only a sophomore, Boulder City High School baseball star Jet Gilliam has verbally committed to California State University, Long Beach.

“My goal has always been to play Division I baseball,” Gilliam said. “I had no idea this opportunity would come so early. When the chance came up, I decided to jump on it quickly. I can now spend the next few years of high school becoming the best player possible for Long Beach State and ultimately be in position to be drafted to the MLB.”

Those are lofty goals for a player who still has three years of high school eligibility, but Gilliam is well on his way to potentially becoming a future Major League Baseball player.

Prep Baseball Report touts Gilliam as the top outfielder prospect for the class of 2023 in Nevada. Major League Baseball and collegiate scouting resource Perfectgame.org thinks highly of his chances as a prospect, ranking him the second player overall in the state for the class of 2023 behind Faith Lutheran pitcher Zane Kelly and No. 281 player nationally for his graduating class.

Noting his relationship with the coaching staff and the way Long Beach State plays the game, the commitment is a match made in heaven for Gilliam.

“The style of baseball they play at Long Beach is the type of baseball I want to play,” Gilliam said. “The head coach (Eric Valenzuela) is super cool and my parents trust he wants what’s best for me. I really like the West Coast style of baseball. The Dirtbags play hard and gritty.”

“I think Long Beach State is the perfect school for Jet,” McCann said. “He’s got all the attributes that they’ve been known for as a program. They like to run, they move runners, they scratch and claw their way to victory. They play great defense, which he’s great in the outfield, and then he runs the bases really well. He’s going to contribute to that program.”

Considering top Division I baseball programs Arizona, Baylor and Oregon before making his commitment, Gilliam says he is 100 percent committed to Long Beach State and is now focused on becoming the best player he can be.

A true student of the game, McCann said he sees a true star in Gilliam and knows his future is bright.

“As a player, he’s very mature for his age,” McCann said. “He’s a student of the game. I asked him one time where he gets his great base running from, who taught him and he said he read about it in a book. How many freshman do that? It’s not that I’m amazed by his work ethic, but I am. He grinds and does whatever he needs to do to be a great player and then he goes out on the field and executes.”

Living up to the hype as a freshman for the Eagles in a COVID-19 shortened season, Gilliam made his presence felt in the Eagles’ six games, leading the team with seven stolen bases.

A complete player, Gilliam batted .375 with two runs batted in and a home run and double apiece.

“Jet came in as a freshman and did things the right way,” McCann said. “He did everything we needed him to do and more. He knows he’s talented, but he doesn’t let it go to his head. His family is old school and they have high expectations for him if he’s going to play this game. It’s been a pleasure to watch him play and mature. When he came on with us last year, I said to myself, I think he’s going to be good, but I didn’t realize he’d be this good.”

Gilliam spent this summer on the travel circuit, playing for Al Ramirez’s Road Dawgs of the Garciaparra Baseball Group organization, which is considered one of the premier high-school level and youth baseball clubs in the country.

Truly dedicated to his future, Gilliam has not only established himself as one of the best players in Nevada, but consistently challenges himself against the other top players around the country.

“What I love about Jet is he’s never satisfied,” said McCann, who helps coach the Road Dawgs. “He likes to challenge himself and the best way to do that is to play with and against the best players. Playing on this level is the best way to continue his development.”