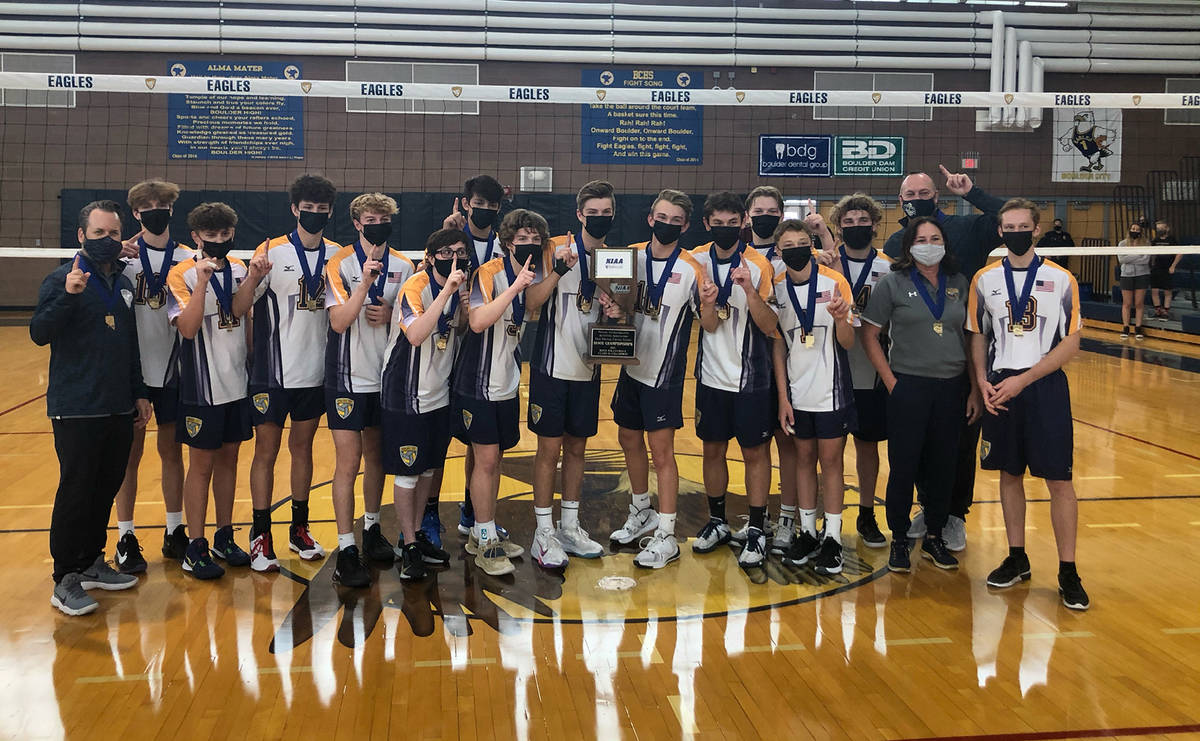 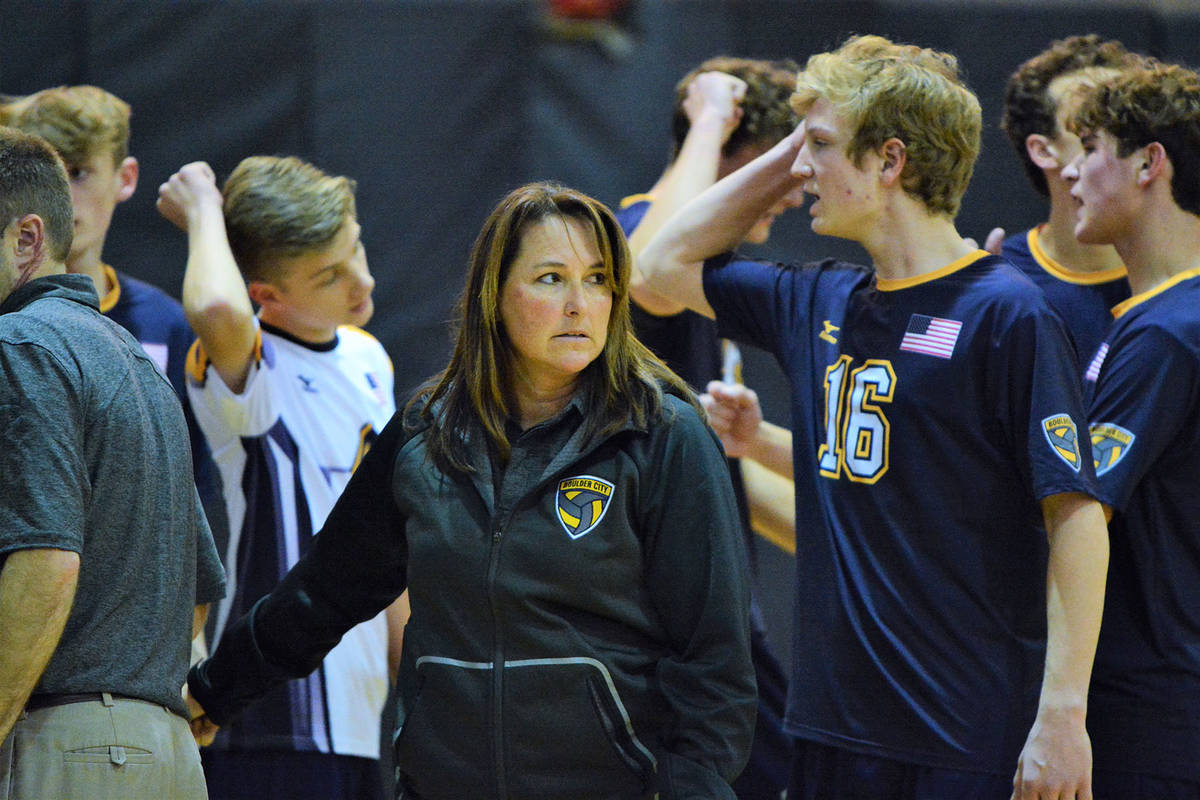 Boulder City High School head boys volleyball coach Rachelle Huxford was named the 3A coach of the year for helping guide the team to its first state championship. She also earned the honor in 2019.

For her efforts, head coach Rachelle Huxford was named 3A coach of the year, helping turn this year’s relatively inexperienced team into state champions. She also earned the honor in 2019.

“It’s a great honor to be recognized by my peers as coach of the year,” Huxford said. “Obviously, I coach for the kids and not for personal awards, but I appreciate being recognized because it rewards how much work our team put in this season. I’ve never coached a group of boys who have improved so much from the beginning to end of the season like this group has.”

Two key returners for the Eagles this season, Kannon and Kenny Rose, both rose from role players to stars this season, combining to lead the team in kills, assists, digs and serving aces.

A two-way star for the Eagles, Kannon Rose generated a team-leading 144 kills and 105 digs, with 40 aces. An all-around contributor, Kenny Rose fueled the winning effort with 357 assists, along with 66 digs, 51 aces and 25 kills.

“I was so excited to make the all-state team,” Kannon Rose said. “After being named second team all-region freshman year, it made me realize that there is so much more down the road for not only me, but our program in general. Getting first team all-state this year has made me motivated to get player of the year next season.”

Also making first team all-state was breakout sophomore Lemmel, who shone in his first season on the varsity level. A dynamic two-way player, Lemmel generated 110 kills and 10 aces on offense while making 49 digs defensively with a team-leading 25 blocks.

Schaper, the lone senior on the Eagles’ championship roster, was a second team all-state selection after generating 51 kills and 20 digs.

“I couldn’t be more happier for our kids,” Huxford said. “They all played a key role for us and did their part in helping us win a state championship. They all deserve the praise and accolades they’ve gotten.”

“My accolades and the team’s state trophy represents the hard work and perseverance that I and my teammates put into practicing every day,” Kannon Rose said. “Winning state with only having three varsity returners shows that we adapted and adjusted and executed. Coach Huxford, Chad Robinson and Kurt Bailey believed that our team could make history and that’s exactly what we did.”