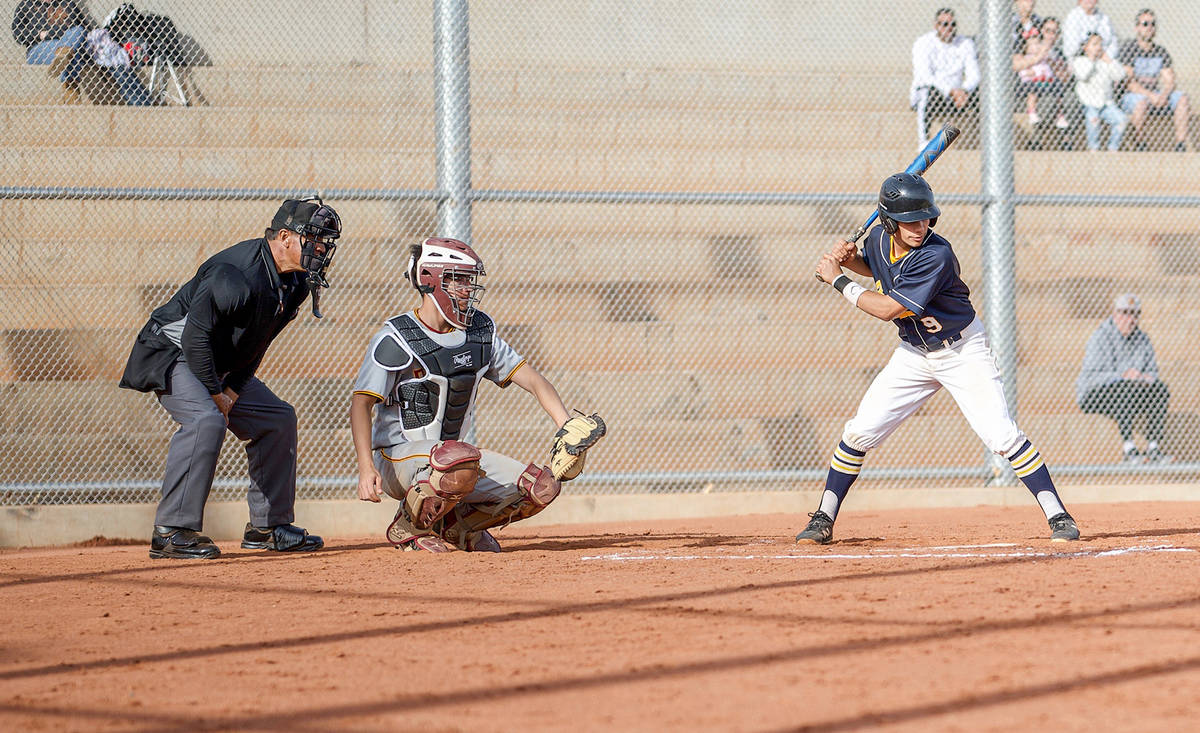 On Wednesday afternoon, CCSD Superintendent Jesus Jara said spring sports will return. The season is set to begin April 17, but Jara did not say if that date would stay the same.

On Feb. 17, Gov. Steve Sisolak lifted the ban on full-contact high school sports, prompting the Nevada Interscholastic Athletic Association to give the go-ahead for play to resume. However, Jara has said the district will not allow sports to be played until students are back in the classroom.

On Wednesday he said Clark County schools will begin reopening under a hybrid instructional model to students in grades six, nine and 12 starting March 22.

Students in grades seven, eight, 10 and 11 will be able to return on April 6.

Currently, CCSD is the only district out of 17 in the state that has opted out of the fall sports season, which is scheduled to begin March 4.

“I understand the necessity to keep everyone safe and risks low as possible,” said boys tennis head coach Rachelle Huxford prior to Wednesday’s announcement. “It is unfortunate that school-age children are feeling the restrictions a bit more acutely than adults. In their lives, friends, school and athletics are everything. I am hoping the school district can find a way to come up with a happy medium that will protect students and staff and allow participation in school and sports.”

The district has been heavily criticized by the public for being the only one in Nevada that has continued to opt out of competition. This decision has sparked an outcry online, sparking social media groups and posts, along with protests at schools and district headquarters, while phone calls and emails to the school board and Jara to let sports resume have been made. Some have even suggested for Jara to resign.

“Izec is having a hard enough time with the online learning, and now we’re looking at losing another year of sports,” said his mother, Bri Osman Easter.

Izec Easter is a junior who would be on the school’s baseball and football teams.

“These kids have had it; it’s been almost a year. I feel like at this point we have a handle and a much better understanding of this virus. These kids know how to follow protocols; let them go back to school and let them play. For the seniors, this is it; there isn’t a ‘next season.’ It’s a break from life. I truly feel like CCSD is robbing them,” she said.

Earlier this week, baseball coach Chris Morelli said he remains optimistic that his players will be back in the classroom soon.

“I don’t have any details on when it could happen, but I have a gut feeling we’ll be back in school sometime in March,” he said. “More than just athletics, the students and teachers both want to get back in the classroom. This is a very difficult decision for everyone. I wouldn’t want to be the one responsible for making that call. I’m really hopeful we can get spring sports back on the field, especially since we were the first affected by this. I don’t think anyone thought this would last nearly a year.”

The last time the Eagles competed in any sport was March 11.