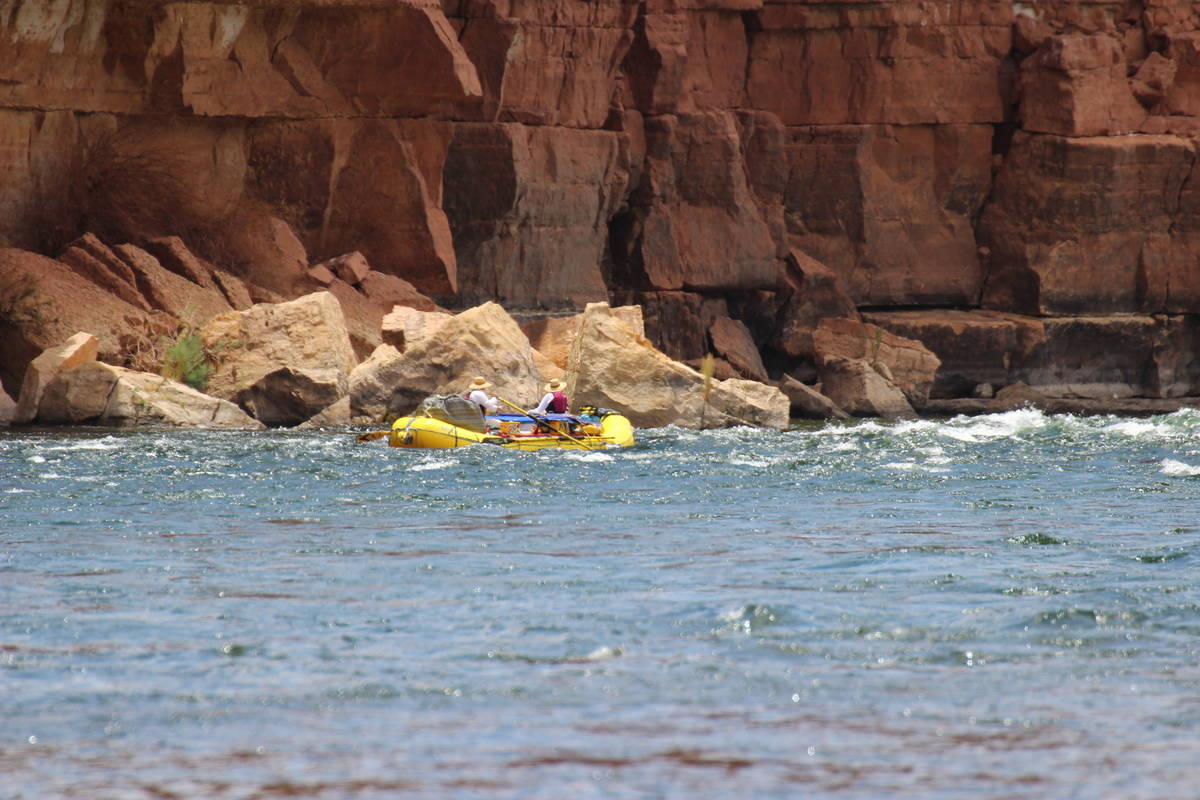 (Deborah Wall) Lees Ferry in Arizona is the launching place for rafters heading down the Colorado River through the Grand Canyon. 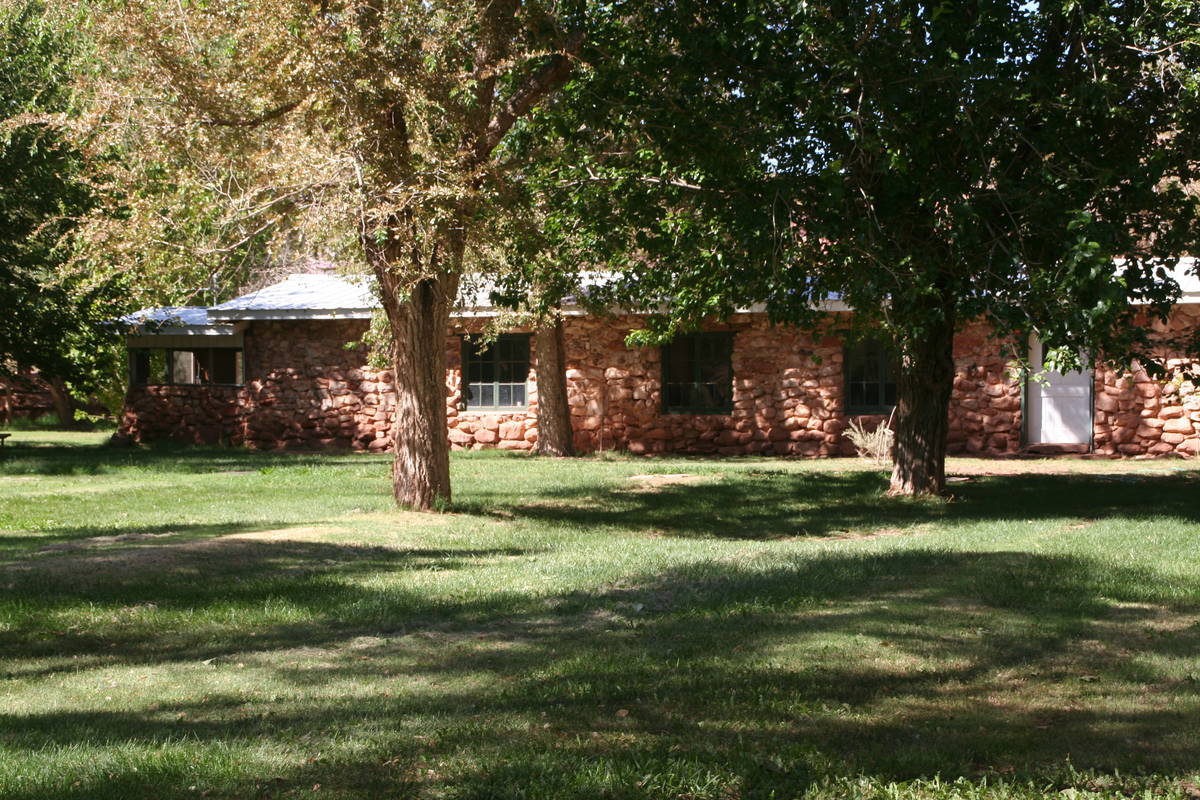 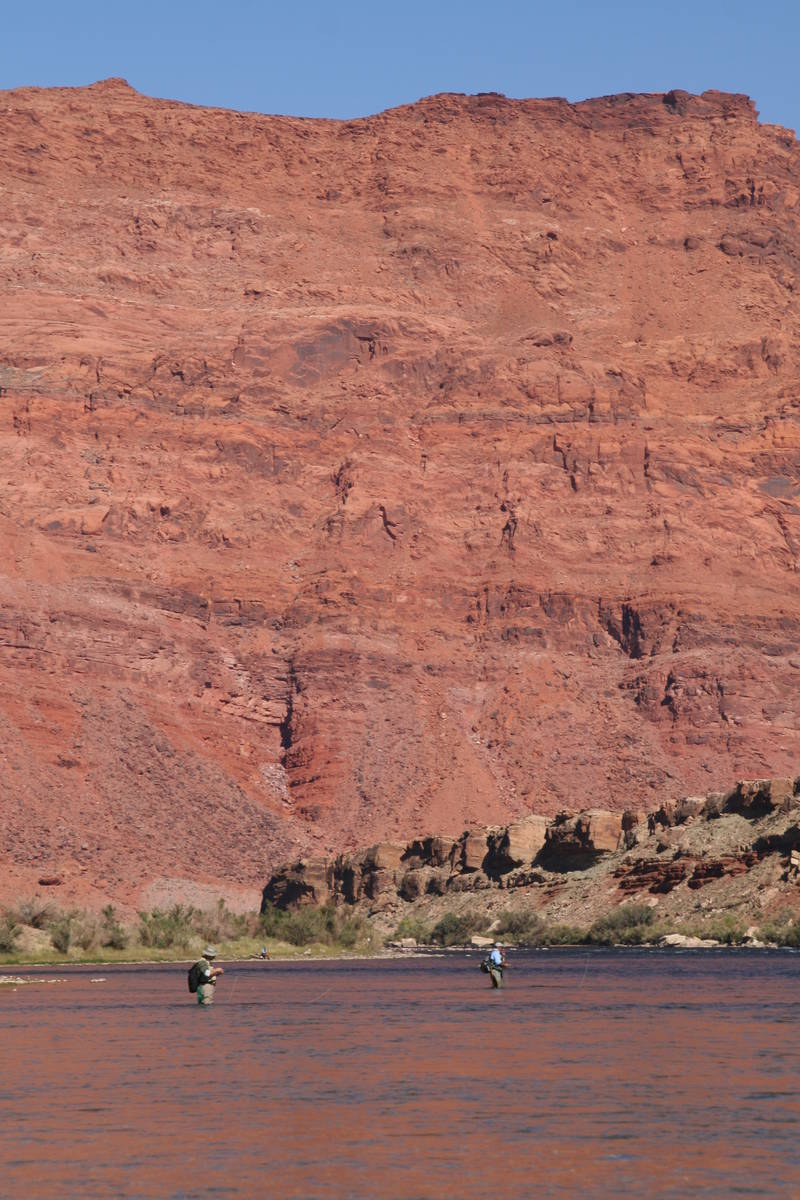 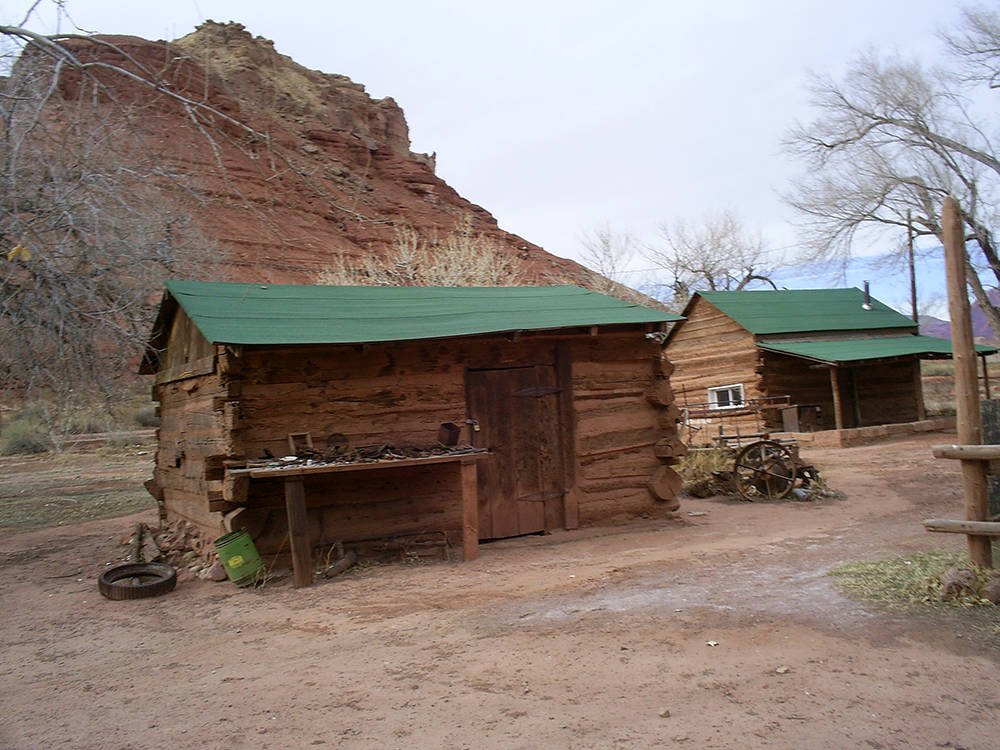 (Deborah Wall) A variety of outbuildings can be found at Lonely Dell Ranch Historic Site at Lees Ferry, Arizona. 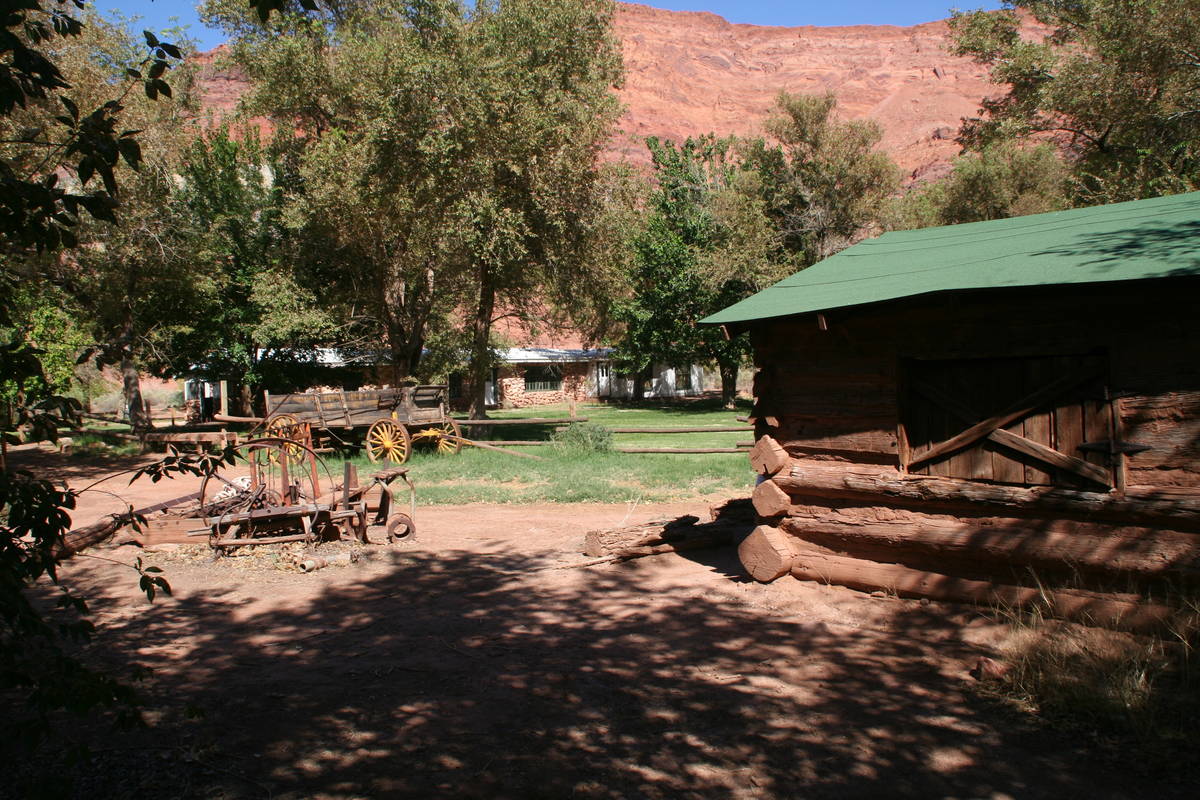 (Deborah Wall) The 160-acre Lonely Dell Historic Ranch at Lees Ferry, Arizona, has been maintained by the National Park Service since 1974. 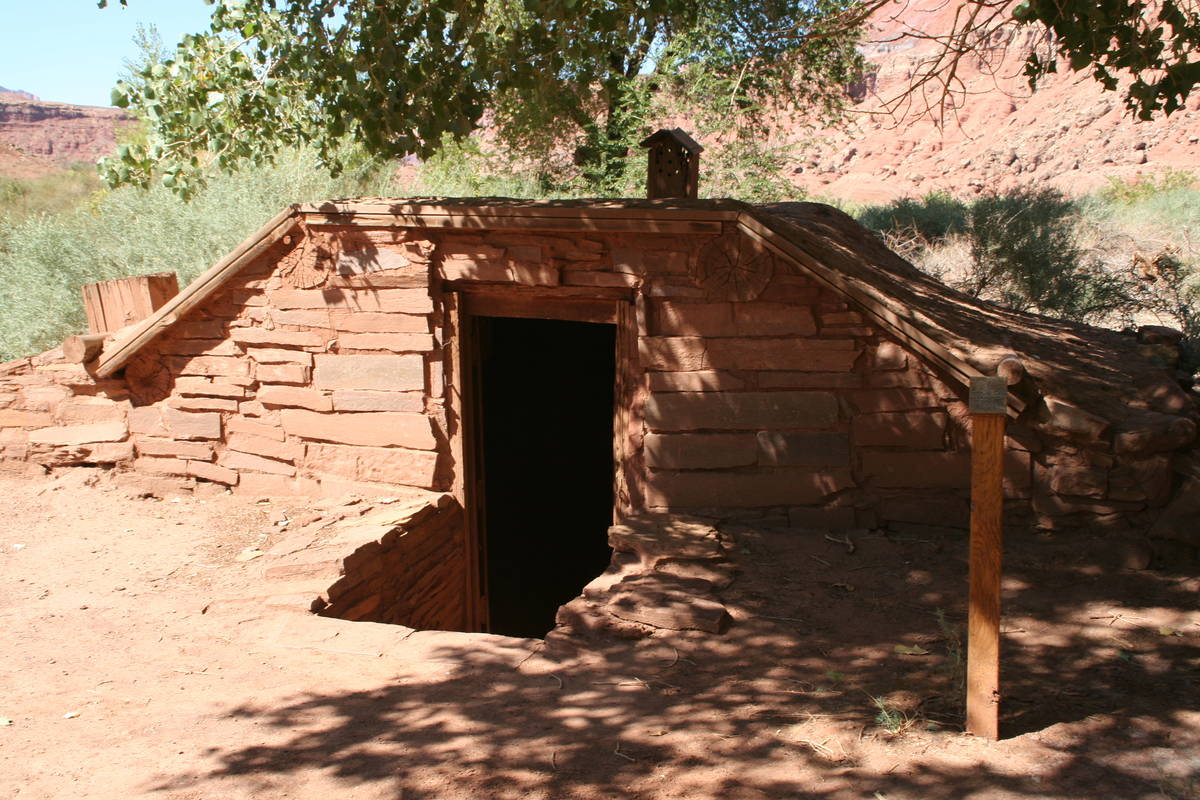 (Deborah Wall) The stone dugout at Lonely Dell Historic Ranch was often the coolest place on the property in Lees Ferry, Arizona, to hang out in during sweltering weather. 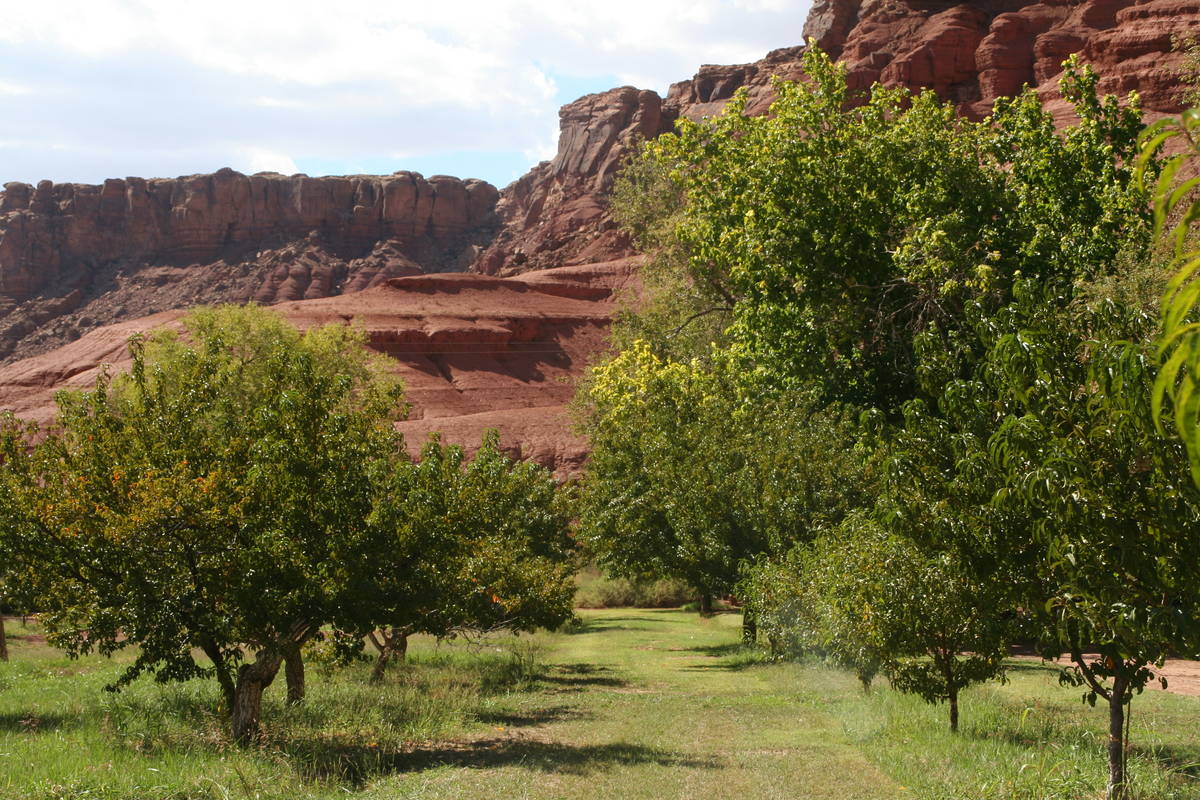 (Deborah Wall) Among the features of Lonely Dell Historic Ranch in Lees Ferry, Arizona, is an orchard.

This area offers some of the best scenery in the West. Besides plenty of solitude, and hiking opportunities such as exploring lower Paria Canyon, this is the site of the 160-acre Lonely Dell Historic Ranch.

Lees Ferry is known worldwide as the place where river rafters launch their craft for downstream Grand Canyon trips. Upstream is Glen Canyon Dam, and in between lies 15 miles of smooth water and a world-class trout fishery.

Many anglers launch small motorboats and head upstream, while others fish from the banks and the shallower water off the sandy banks by Lees Ferry.

You can wade into the water, but beware, if you go too far into the strong current, it’s a one-way trip downriver.

Walk or drive about a mile from the campground to the Lonely Dell Historic Ranch, maintained by the National Park Service since 1974. It’s just north of the confluence of the lower Paria and Colorado rivers. Set at an elevation of 3,150 feet, it is a well-preserved property with a main ranch house, cabins, outbuildings, an orchard and a cemetery.

Lees Ferry is named after John D. Lee, a Mormon leader who was sent by the church in 1872 to establish a ferry for travelers to safely cross the Colorado River. He built the ranch buildings from stone and wood, a small dam and an irrigation system for his crops and household.

He called it the Lonely Dell Ranch since it was so remote, which served him well for years, as he had a secret. Lee had been evading the law, which blamed him for the infamous Mountain Meadows Massacre.

In 1857 at Mountain Meadows, west of Cedar City, Utah, Mormon militia and some Indian allies killed about 120 non-Mormon emigrants who were traveling through by wagon train.

Lee was the only person convicted in the massacre and was executed by firing squad at the site of the killings in 1877.

One of his wives, Emma, remained at Lonely Dell for a few years running the ferry. Another church family took over the ferry until it sank in 1928. As luck would have it, the original Navajo Bridge was being built just downstream and opened less than a year later, so travelers no longer needed ferry service.

From north of the Lonely Dell cemetery, you can easily access the lower Paria River drainage. Here, go left and start hiking up the canyon. Beware of dangerous flash flooding if rain threatens or if it is raining upstream. Even on a sunny day, it is best not to travel up canyon where you don’t have easy access to high ground.

The Lees Ferry Campground sits on a bluff and has 54 designated sites for tents, car camping and small recreational vehicles. Some have views of the river and are available on a first-come, first-served basis, at $20 per site. Grills, picnic tables and a shade structure are provided, and there is a bathroom and potable water but no hookups or dump station.

There are no services or supplies at Lees Ferry, but gas, food and showers are available in the small town of Marble Canyon, about 5 miles away.

Contact Glen Canyon National Recreation Area in Page, Arizona, at 928-608-6200 or nps.gov/glca for additional information about the area.