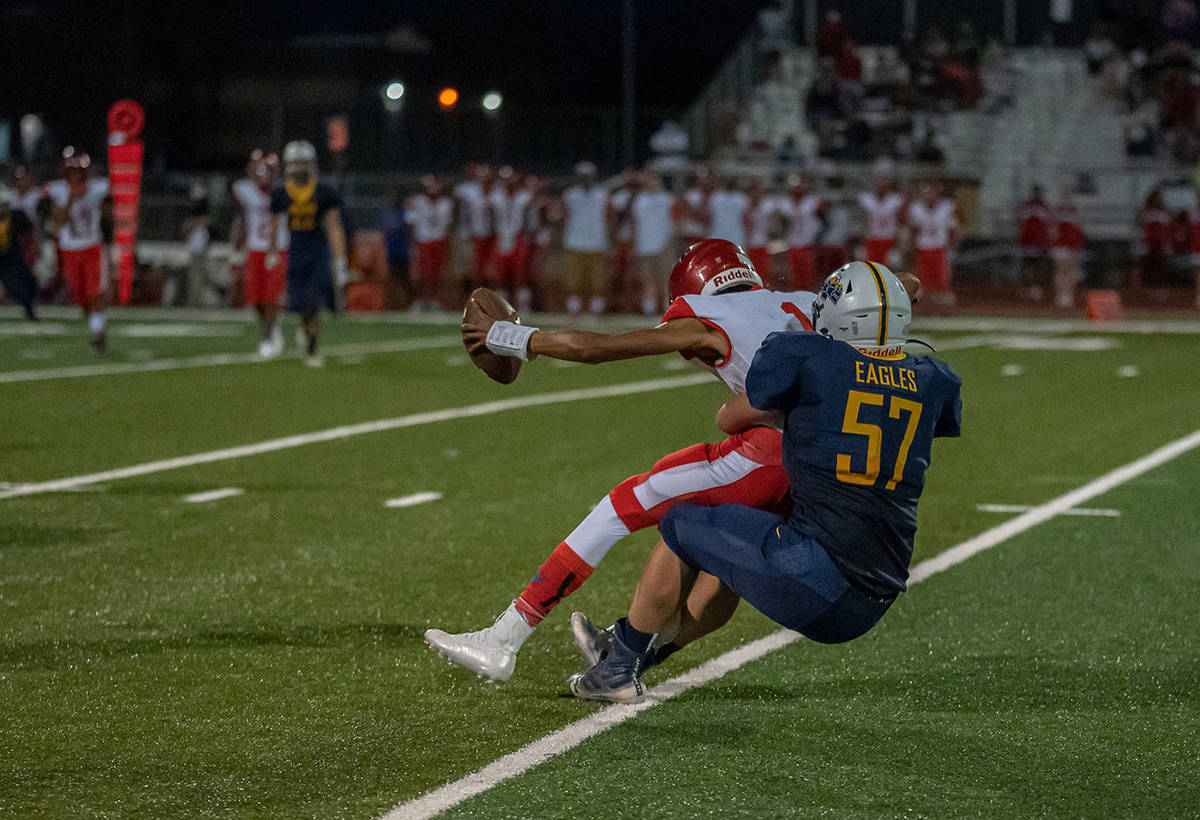 Sitting in first place in the 3A Desert League as the only team in the division with a victory, head coach Chris Morelli said the preseason has gone as expected for the Eagles.

“I was really happy with the effort we showed on Friday,” Morelli said. “Valley was a little bit more of a test for us, so it was nice to see how well we did. Our running backs were great. We ran the ball downhill all night, which is what we want to do. A big shout-out has to go to our offensive line who really got after it all night. They were driving guys downfield and creating space for our guys all night.”

Adding rushing scores for the Eagles were senior Isaac Tuenge, who rushed for 16 yards and a score on five carries, and sophomore quarterback Jacob Bryant, who added a 3-yard plunge.

Through the air, Bryant connected on five of 12 passes for 80 yards, connecting with junior Torryn Pinkard for a 16-yard touchdown pass.

Pitching their second consecutive shutout on defense, the Eagles have yet to give up an offensive touchdown this season, with the Vikings scoring their lone points of the night on a kickoff returned for a touchdown.

“Our defense played really well,” Morelli said. “This was a good test for our team, Valley had a few speedy guys. Our guys played fast and made plays.”

Chasing the quarterback all night, Thompson made two tackles on defense with a pair of sacks; senior Jace Tenney also generated a sack.

Defensive lineman Aristeo Vasquez and Izec Easter also both made a tackle for a loss.

Prepping for their toughest test of the season, the Eagles will put their win streak on the line Friday when they travel to rival Moapa Valley High School.

“I expect the pace of play for us to pick up this week at Moapa Valley,” Morelli said. “Those guys got to play ball last spring and they’re in midseason form already. I expect our guys to match that high level and, if we can, we’ll be on a good track heading into the remainder of our schedule.”