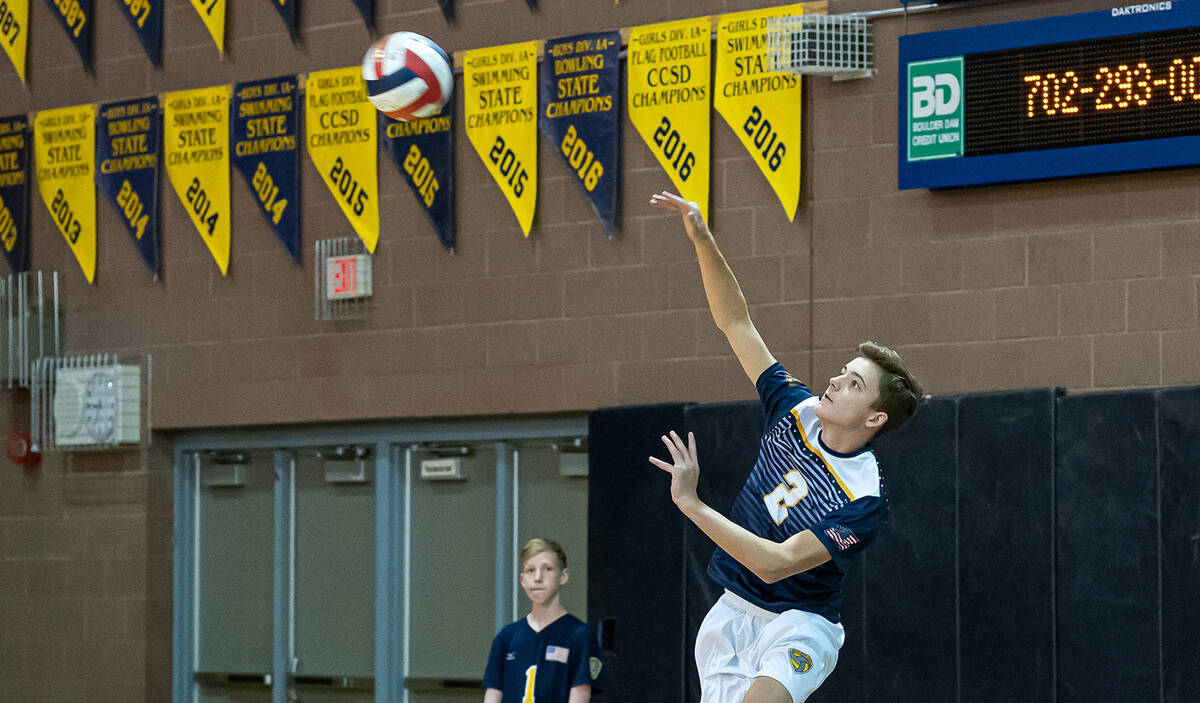 “It’s was honestly truly remarkable to win 25-0 in that first set,” said boys head coach Rachelle Huxford. “It’s nearly an impossible achievement to accomplish because you have to play perfect and so many things have to go right, but they did. The boys played great.”

At the top of his game, senior Kenny Rose served 15 aces, while dishing out 18 assists.

Sitting at 23-6 on the season and atop the 3A Mountain standings, the Eagles are presumed favorites to repeat as 3A state champions.

Grounded despite their success, Huxford said the team remains hungry even throughout their stretch of dominance, knowing that an off game can turn the entire season into a disappointment.

“It’s really easy to become complacent … the boys have worked really hard to keep winning because they want to be at that final game,” Huxford said. “They know if they let up, it could be easy to lose a match. They’ve been working really hard in practice and you can see that during our games.”

Heading into the final stretch of the season, the Eagles host Clark on Friday, April 29, followed by a road game at Western on Tuesday, May 3.