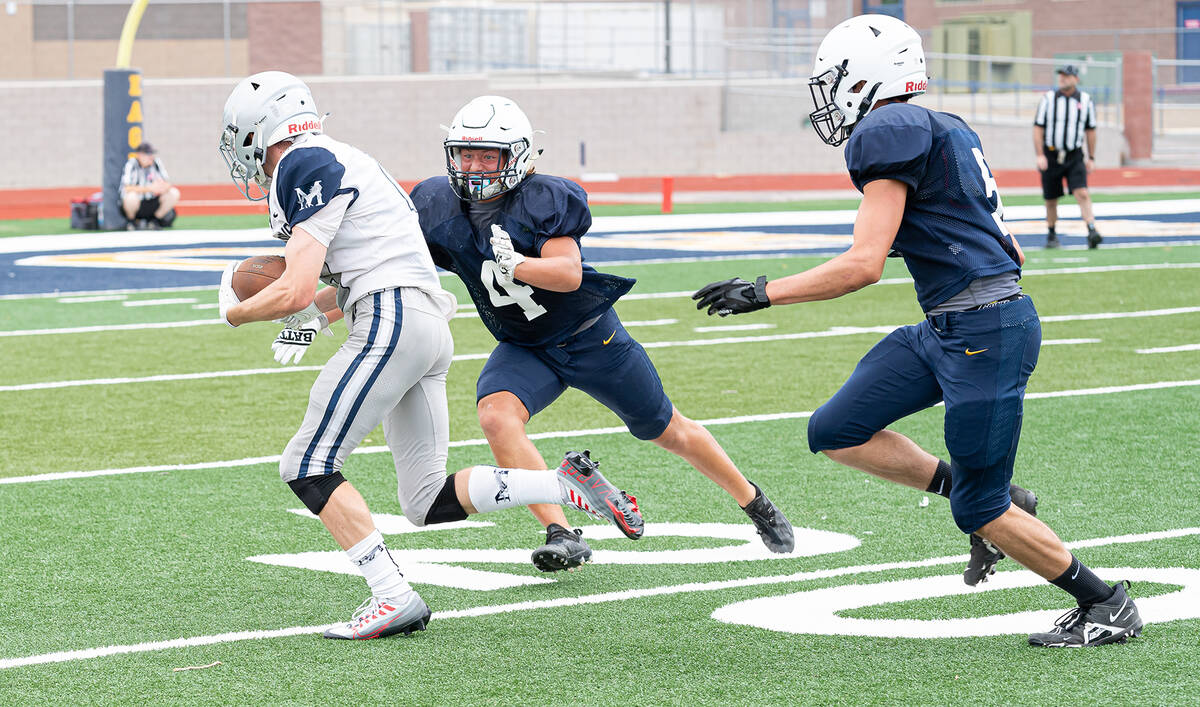 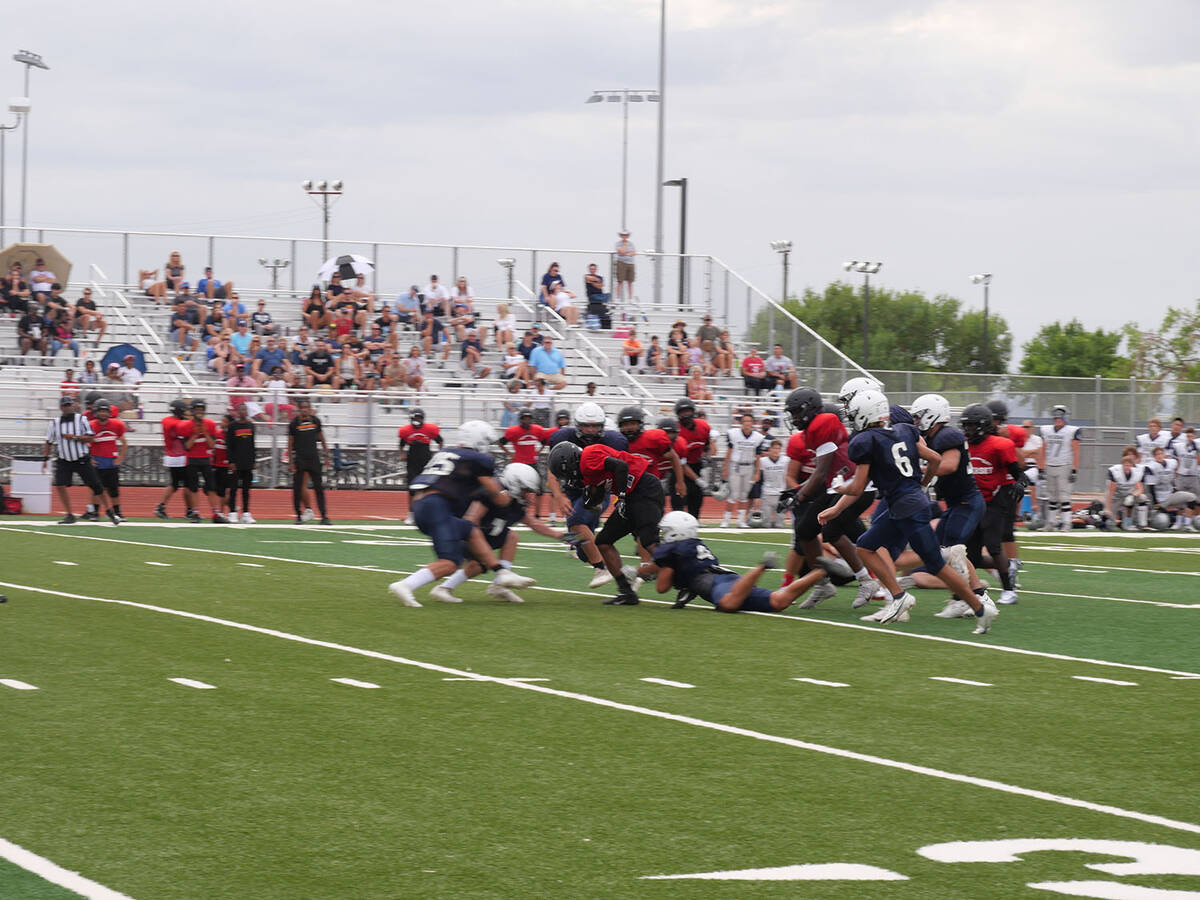 (Owen Krepps/Boulder City Review) Members of the Eagles football team, in blue, scrimmage against The Meadows and Losee, in red, on Saturday, Aug. 13, at Boulder City High School.

“We saw what we expected. This is a young team, and we knew what we were getting into. I can say that we are better now than we were a month ago or three weeks ago,” said head coach Chris Morelli.

After missing the playoffs last season with a 4-4 record, this year’s team looks to rebound and make the postseason. They also look to play an entire season, as last year, one of their games was canceled due to the opposing team having a COVID-19 outbreak.

Senior Hunter Moore will lead the charge, literally, at running back. The front line of seniors, Brayden Cook, Dylan Spencer and Caleb Brown are all coming back to anchor the offensive line, and Morelli states he has “big expectations” for this season.

The quarterback position is up for grabs, according to Morelli. Sophomore Gage Hopkinson and junior Jacob Bryant are currently fighting for the position.

This year’s schedule is set up so that BCHS will not play a division game until week five. Morelli says this is an advantage and will give his team four weeks to fine-tune its game.

“I expect us to get better each game as the season goes on,” said Morelli.

BCHS football will open its season Aug. 26 on the road at Valley High School. Their first home game will be Sept. 1 against Moapa Valley. Homecoming is scheduled for Sept. 30 against Eldorado, with the homecoming parade held a day earlier on Sept. 29.