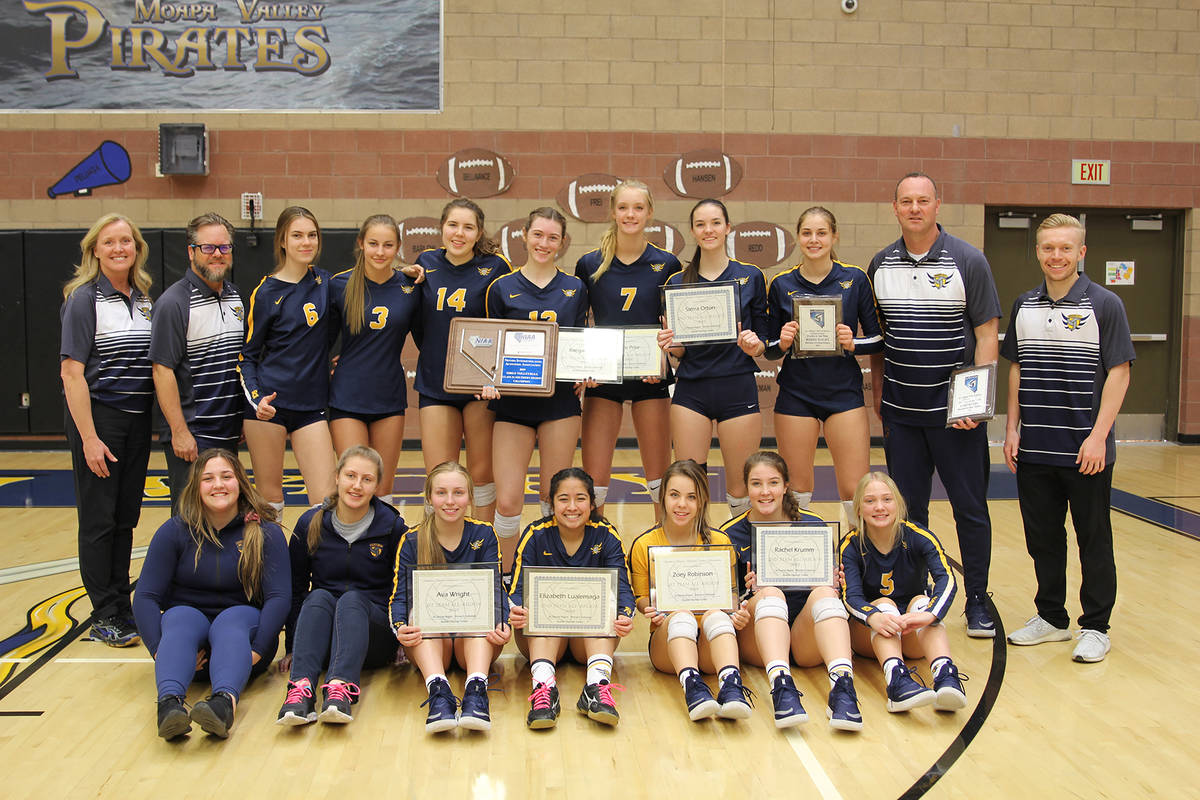 A state championship won in November by the girls volleyball team helped contribute to Boulder City High School's recognition as the top athletic, academic and citizenship performer in the 3A division, earning it the One Nevada Cup for the fourth consecutive year.

Boulder City High School has been named the One Nevada Cup winner for the 3A classification, recognizing its all-around excellence as a program.

Awarded the honor for their performances in the classrooms, at sporting venues and with the citizenship through sports initiative, the Eagles recorded a score of 1,565 points, besting Northern challenger Spring Creek (1,305) and rivals Moapa Valley (1,225) and Virgin Valley (1,140).

It’s important to note that because of COVID-19 canceling all spring sports, points were tallied based off of fall and winter performances.

This will be the 11th time in the school’s history that the Eagles have earned the honor.

“Boulder City High School is excited to receive this award again this year,” Principal Amy Wagner said. “Our entire staff works very hard in ensuring that our students have a great and memorable experience at Boulder City High School. I feel that one of the reasons we have been so successful in the classroom and outside of it is our unique school climate and incredible school spirit.”

Building a solid foundation at Boulder City High School, Wagner credits the way her staff is able to build strong relationships with the Eagles’ student body for the school’s overall success.

“Students generally enjoy coming to school and many have reached out to our staff expressing how much they wish they could be back at BCHS now during this global pandemic,” Wagner said. “Students continually tell us that one of the best things about BCHS is the relationships they have built with our staff and their peers. I feel that these relationships are key in our success.”

Setting the gold standard athletically in the 3A division, the Eagles earned the honor for the fourth consecutive year, winning state titles in boys tennis, boys bowling and girls volleyball. Additionally, the girls tennis team finished as the state champion runner-up.

“We been very fortunate the last four years to have a great senior class that I know will be missed,” said Rachelle Huxford, coach of the boys tennis and boys volleyball teams. “The great thing about the students at Boulder City High School is they not only play their star sport, but they help out in other sports. They work really hard and I think it speaks volumes to the type of kids we have that they can excel not only in athletics but academics as well.”

Handing out the honor since 2001, the Nevada Interscholastic Athletic Association renamed the award the One Nevada Cup after One Nevada Credit Union became its title sponsor in 2019. Both organizations will honor the Eagles with a championship banner and commemorative trophy in August.