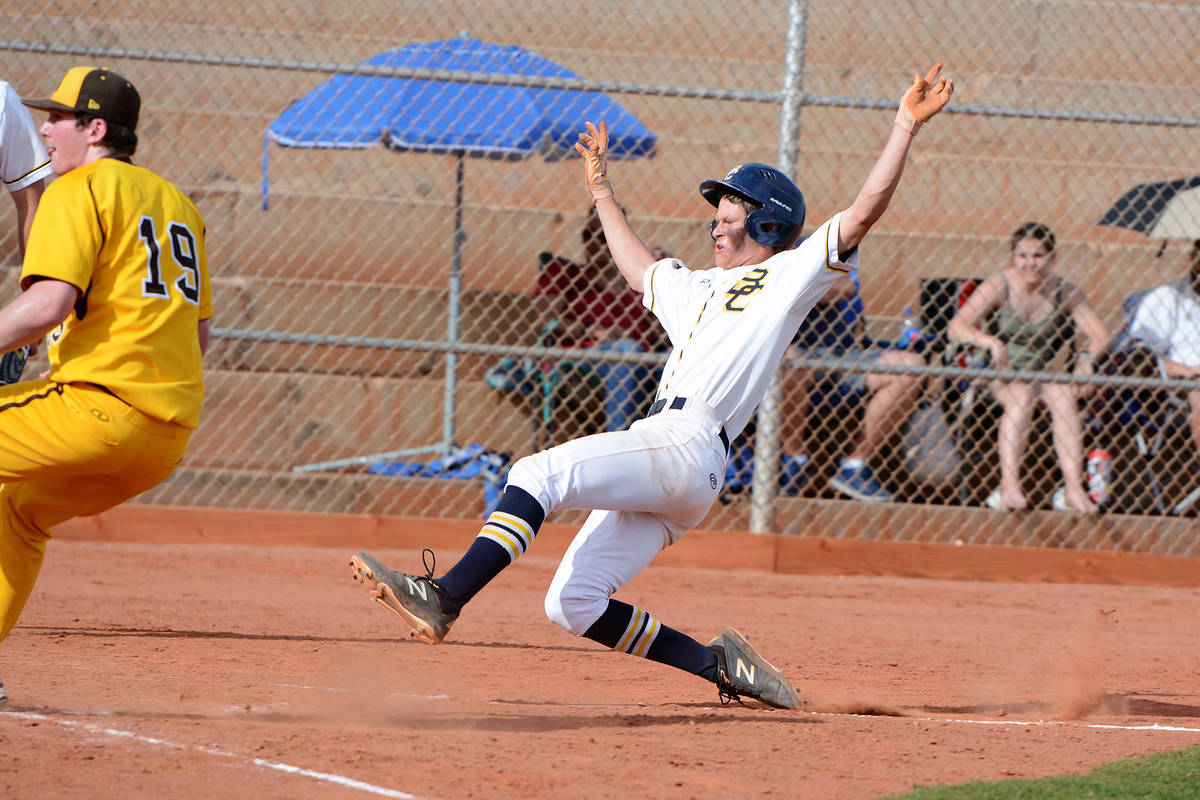 Scott Bahde, seen sliding into home plate during a game in April 2019, was named the 3A player of the year and one of five seniors from Boulder City High School who was named to the all-region team. 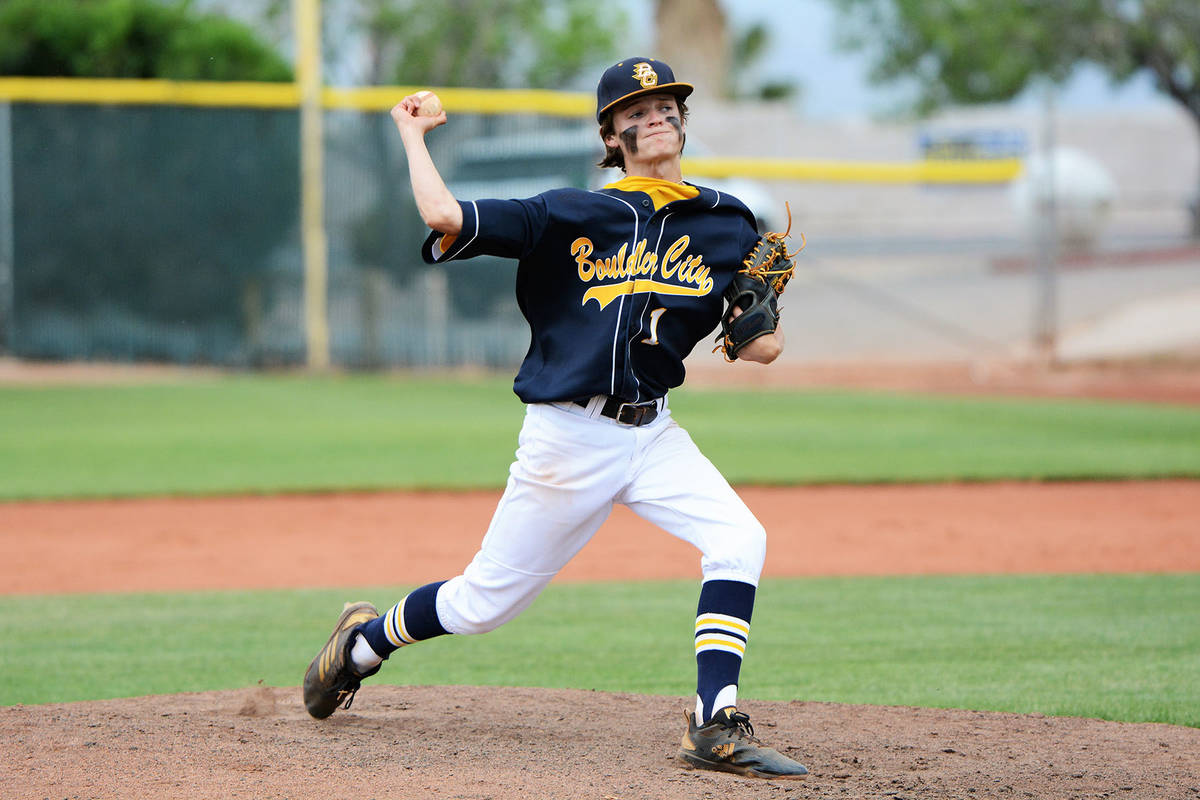 Pitcher of the year honors for the 3A division went to Troy Connell, seen in May 2019. He was one of five players from Boulder City High school who was named to the all-region team.

Finishing with a 12-0 record, senior Scott Bahde and Troy Connell were named player of the year and pitcher of the year, respectively. Head coach Bobby Reese was named coach of the year, sweeping the postseason top awards.

Bahde was a force for the Eagles on both sides of the ball, leading the team in wins as a pitcher and runs produced as a hitter. Compiling a 5-0 record on the mound, Bahde generated 29 strikeouts with a 1.31 earned run average. At the plate, the two-way senior batted .500 with 24 runs batted in, eight doubles and four home runs.

“When I found out I was named player of the year, I was pretty happy,” Bahde said. “It feels good to know that all of the hard work I put in during the offseason and in season paid off and being recognized for that felt really good.”

Connell was named pitcher of the year after compiling a 2-0 record on the mound with a 0.87 earned run average and 20 strikeouts.

“I’m extremely excited to have been named 3A pitcher of the year,” Connell said. “All of the hard work during quarantine has paid off.”

Both Bahde and Connell were named to the first team all-region team, along with seniors Joey Giunta, Deavin Lopez and Blaze Trumble.

“I think the fact that five of us made the all-region team shows that our program is very talented and we have good chemistry together,” Trumble said.

A two-way star for the Eagles, Giunta recorded a 4-0 record on the mound with 28 strikeouts, while driving in 16 runs, with a .440 batting average and four doubles.

Equally deadly at the plate, Lopez led the Eagles with a .583 batting average and eight stolen bases, while driving in 13 runs with six doubles and a triple. Trumble batted .412 with 11 RBIs, six doubles and two home runs.

“This was a special group of players,” Reese said. “I’m glad I could be a part of it, even if just for such a short time.”