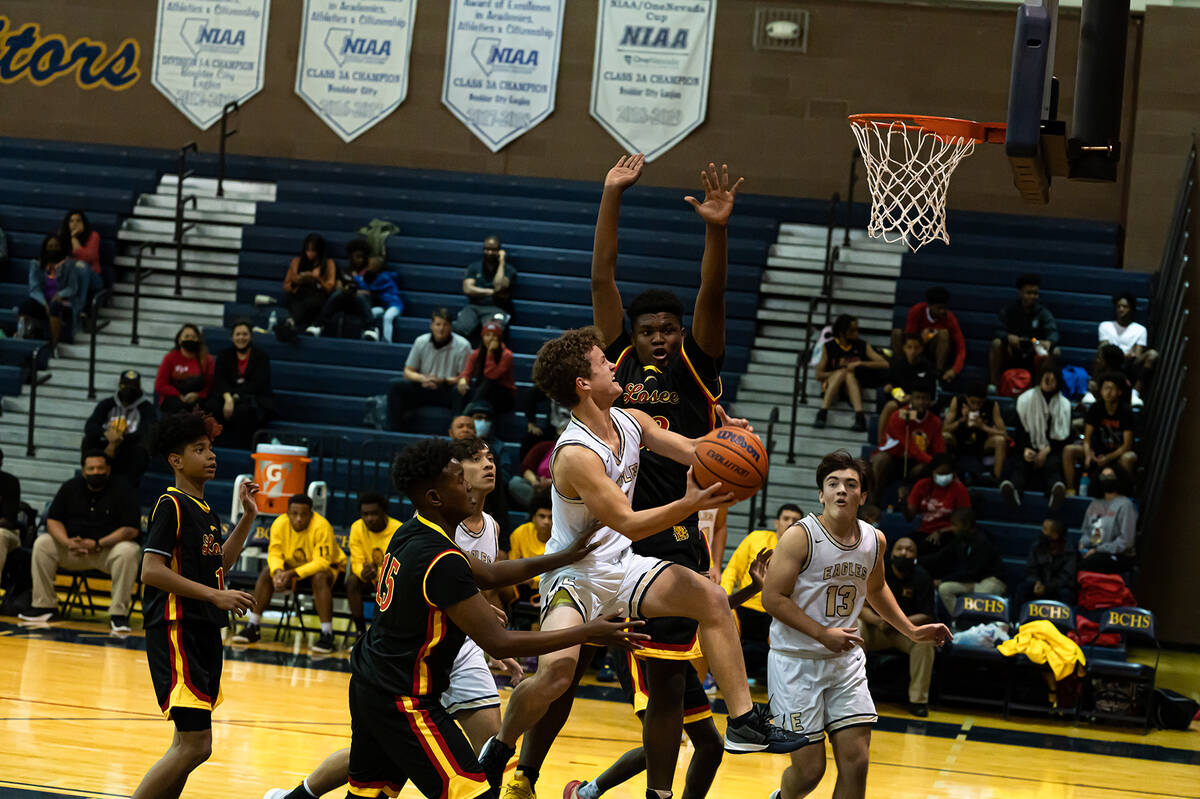 Defeating Somerset Academy Sky Pointe 64-51 on Friday, Dec. 10, the Eagles picked up a good win heading into the holiday break, shaking off the distress of a 56-29 home loss suffered against Somerset Academy Losee on Dec. 8.

“We’ve told the boys that when you’ve had the level of success that we’ve had the past four, five years in our league, that teams will put a target on their back,” said boys head coach John Balistere.

“Unfortunately, we were without our top two ball handlers for this game, but give Losee all the credit. They pressed us on defense throughout the night and forced us to create turnovers while our defense was lacking.”

Without senior guard Hayden Sullivan for their last two games, the Eagles struggled to find offense against Losee, shooting 11 of 48 on the night from the floor.

Able to find more of a rhythm in their second game on the schedule slate, Douglas had a career night for the Eagles against Sky Pointe with 27 points and 25 rebounds, in a night where Boulder City was without Sullivan and Thompson.

“Gavin had a monster game,” Balistere said. “He played like he was the best player on the floor and that’s how he should always play. He did a great job of putting us on his back and carrying the load. We told him after the game that he set the bar pretty high and now that’s our expectation of him.”Stepping up for the shorthanded Eagles, juniors Bruce Woodbury and Bret Pendleton added 12 and 10 points, respectively, while sophomore guard Roman Rose added 8 points on the night.

“We brought Roman up from JV this week and he did a phenomenal job,” Balistere said. “He had a couple of big threes that gave us momentum late.”

Filling up the stat sheet, Pendleton dished out a game-high seven assists with four rebounds, while Woodbury dished out four assists. Rose added two assists and two steals in his varsity debut.

Looking to build a winning streak, the Eagles will host rival Virgin Valley on Friday, Dec. 17.