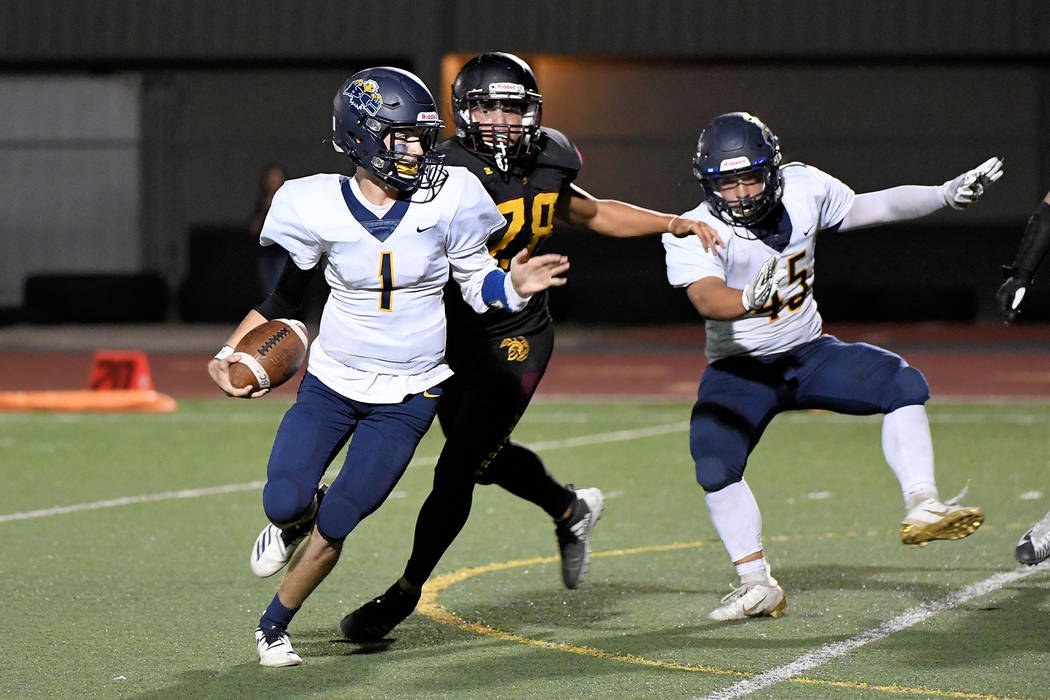 “We played very well,” head coach Chris Morelli said. “We got to work on a few things to help us prepare for league play. I was pleased with our effort.”

Clicking on all cylinders, the Eagles have proven to be a well-oiled machine on both sides of the ball, displaying dominance against the Warriors.

Senior quarterback Parker Reynolds led the charge, connecting on 13 of 16 passes for 169 yards. Taking command of the offense, Reynolds has and will play a large role in the Eagles’ bid for a return trip to the postseason.

“Parker has handled the offense very well,” Morelli said. “Every week it’s a new scheme for a new defense and he picks it up. The two of us sit down and talk about the expectations of our scheme and he’s done a really good job of going out there and executing on the field the way I’m asking him to.”

Stocked with an arsenal of weapons at his disposal, Reynolds also connected with junior Deavin Lopez for 80 yards on six catches and junior Toby Schaper caught five passes for 47 yards.

“It’s been really great to have a lot of depth at the skill positions,” Morelli said. “There isn’t a team that can take away one of our best guys, because there seems to always be someone who’s ready to step up. Our guys have done a fantastic job filling the roles that we need them to and Parker’s done a great job distributing the ball.”

Keying in on defense, Schaper returned an interception 25 yards for a touchdown and Bahde made four tackles with a fumble recovery.

“I have to give a lot of credit to coach (Alex) Moore,” Morelli said. “He does a great job preparing our guys and prepping them on what we want them to do. He puts a great game plan out there each week leading up to the game.”

Rolling into league play full of confidence, Boulder City will be tested early on Friday, Sept. 27, when it travels to rival Virgin Valley. The matchup could be a make or break outing for the Eagles’ season as they look for a win to set the tone for league play.

“We know this game is going to be a battle,” Morelli said. “We’re currently banged up but we’re ready to go into a knock down, drag out fight. It’s going to be really important to get this first league win. It will help put us in the driver’s seat to secure a playoff spot. We’ve talked to the team about the importance of this game and they seem very focused.”