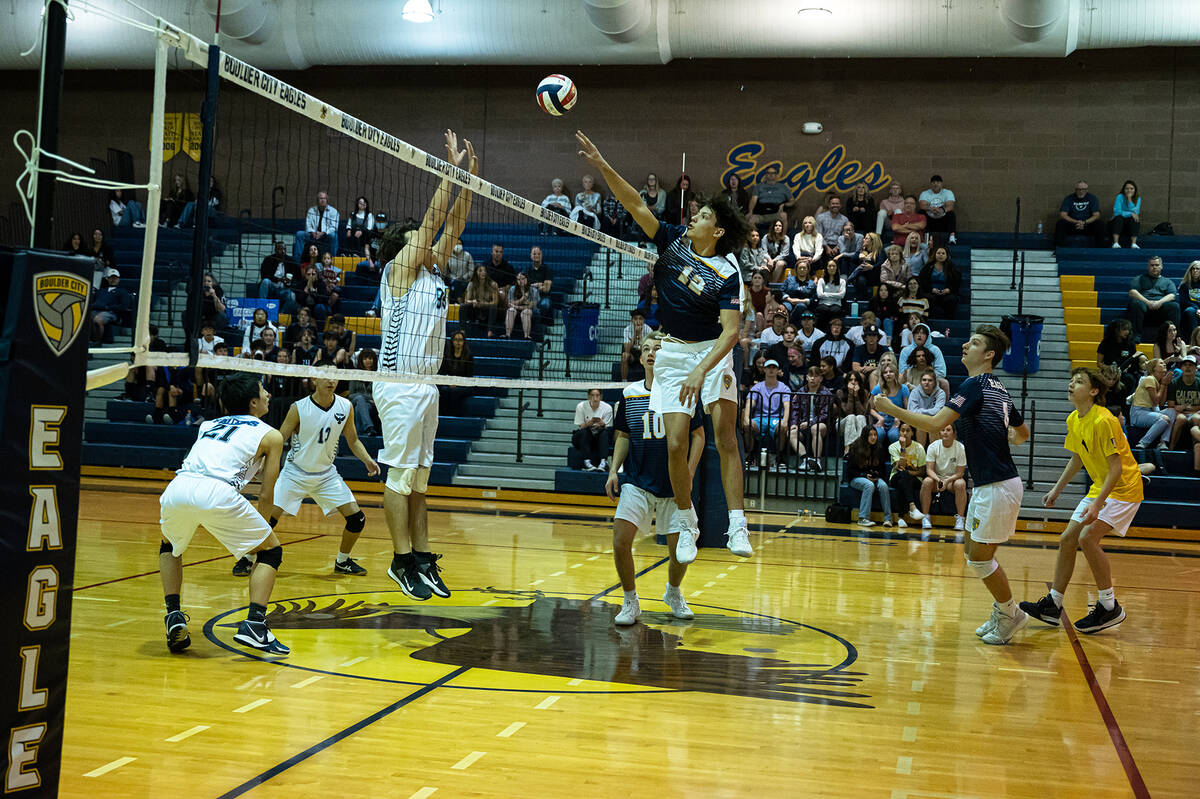 (Jamie Jane/Boulder City Review) Travis Hess, a sophomore at Boulder City High School, seen March 15, is helping the Eagles on its way to another state championship as it rides a four-game win streak.

“I like the way we’re playing as a team right now,” said head coach Rachelle Huxford. “Every time we step out onto the court, we continue to get better. We’re starting to jell and play great together.”

Showing off his potential on both sides of the floor, sophomore Brady Sorenson added nine kills offensively, with two blocked shots on defense.

“Brady has really been a nice addition for us,” Huxford said. “The more he plays, the more confident he’s getting. He is definitely a force to be reckoned with. His serve is impeccable, he strikes the ball very hard.

“He’s only a sophomore, which is incredible, and I see him doing really great things the next few years.”

Having been battle tested early in the season against 4A opponents, Huxford thinks this group is starting to find its groove.

Tasked with repeating as 3A state champions, Huxford said that with a third of the season now competed she likes the makeup of this year’s team and its chances.

“We definitely have the potential to be a championship team,” she said. “We know we have some obstacles in our way and some areas to fine tune, but we’re getting there. Only time will tell. If the boys continue to work as hard as they are right now, I have no doubt that we’ll be in the mix for the championship.”

Looking to extend their winning streak, the Eagles will travel to Eldorado today, March 24, followed by a home game against rival Moapa Valley on Tuesday, March 29.

They also will play Friday and Saturday, March 25 and 26, in the Aggie Classic at Arbor View High School.