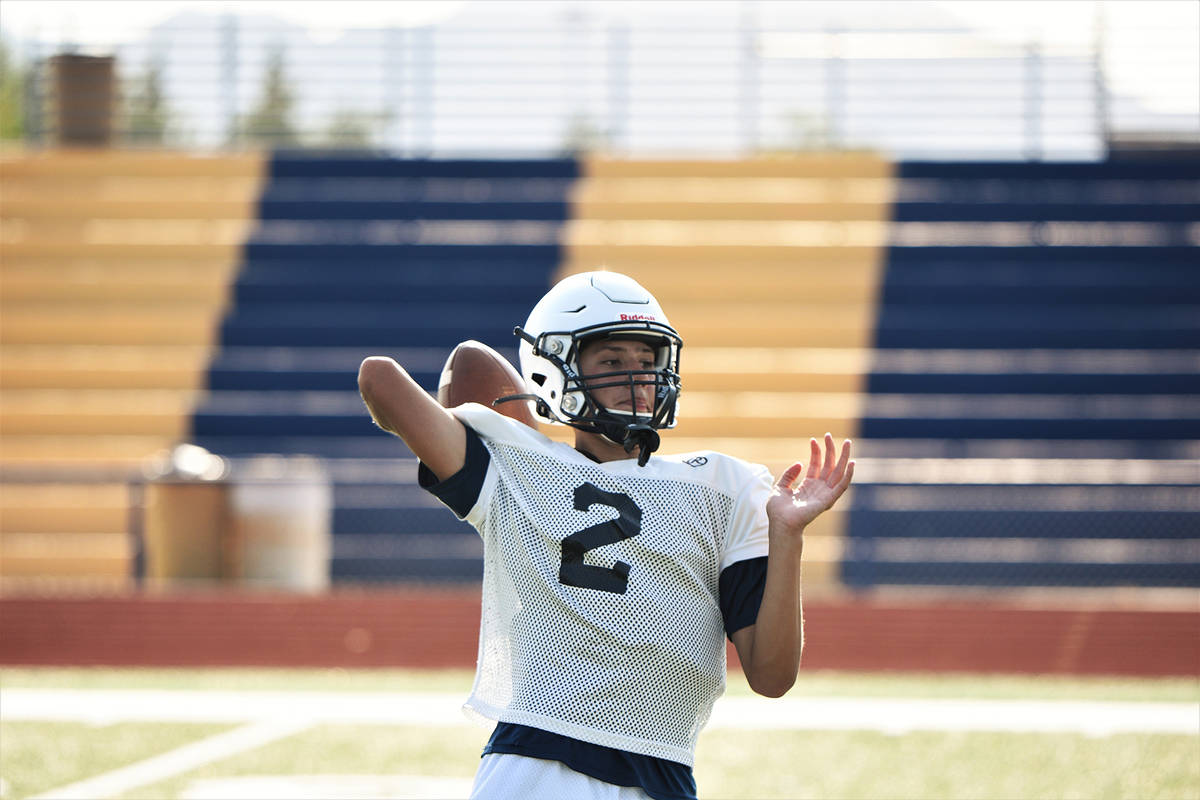 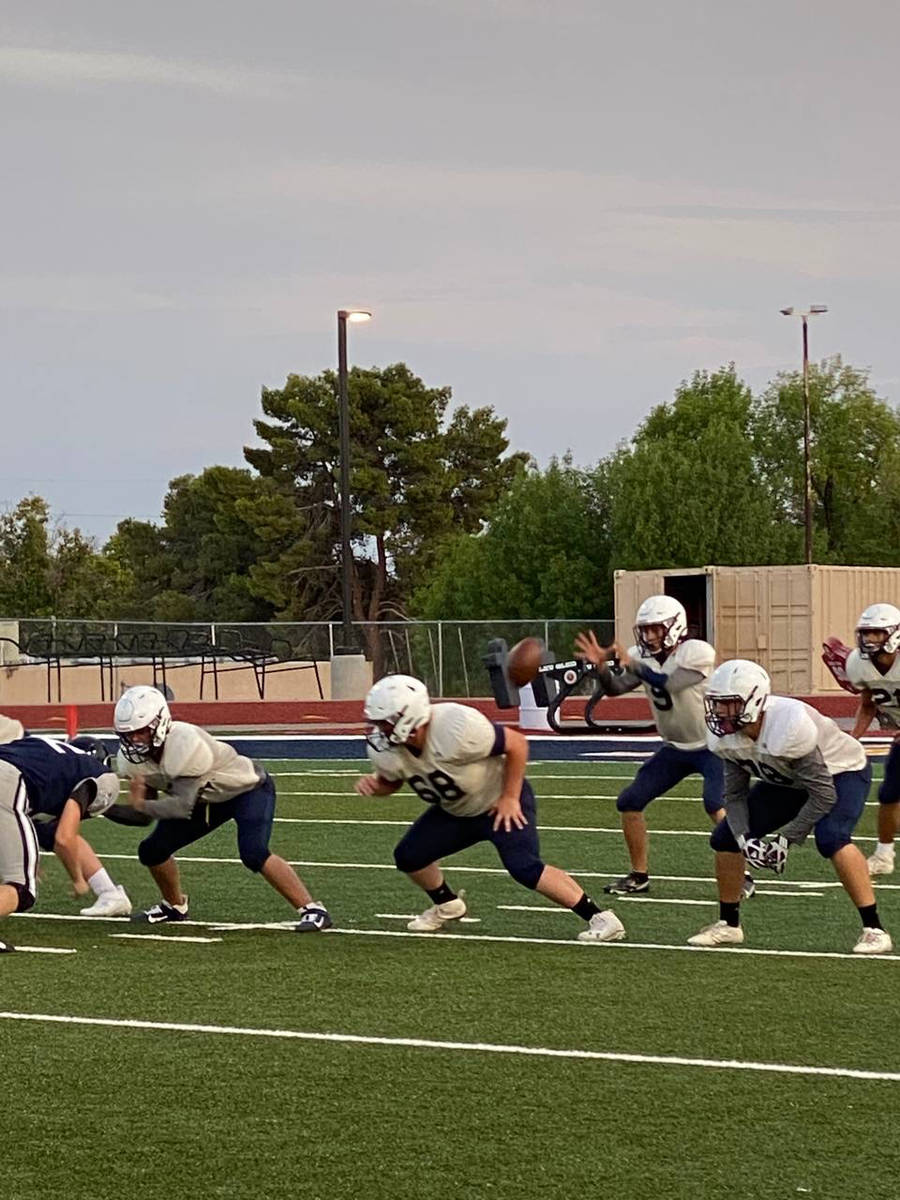 (Amy Wagner) Members of the Eagles varsity football team get some practice in during a scrimmage Saturday, Aug. 14, 2021.

The Boulder City High School football team will be back in action Friday night when it hosts Western at 7 p.m. It will be their first game in 20 months.

Now with a season certain, the Eagles are prepared to get to work and continue to execute their program building.

“The team is very excited to get back out there,” head coach Chris Morelli said. “Obviously, we all missed it, but you find out just how much you truly did when the pads come on in summer camp and it’s looks certain that your going to be able to play. I know our kids are ready to get out there and start making plays. I couldn’t be more excited.”

A high school football season was in the works for last spring but never came to fruition due to COVID-19. Now, featuring a roster prominently of juniors and sophomores who lack experience, the Eagles are behind the eight ball, but look to make the most of their opportunity to play.

“Coming into the season, we really lack experience,” Morelli said. “I like the makeup of our team and I think we’re very talented but we have a bunch of sophomores who never got the chance to play freshman ball and a bunch of juniors that played freshman ball two years ago. Obviously, lack of varsity experience will be an issue, but we feel once we can get them some games reps, they’ll adjust quickly.”

Coming off an 8-3 season and 4-1 record in league play in 2019, Morelli said he expects nothing different from this group, even with a needed adjustment period.

“To be honest, we’ve set the tone here and the culture and we expect to win,” Morelli said. “New year, new players, the expectation to build off the previous year still remains and I’m confident we can achieve that. Our goal is to win our league and advance in the playoffs.”

“We’re really excited about Jacob,” Morelli said. “He’s got a lot of potential and a cannon for the arm. We like that he can get the ball downfield. In the backfield with him we really have three guys who can all carry the load and help us out. Tuenge is a worker on the field, always looking to pick up extra yards, and Thompson has a lot of potential. He’s a strong and fast kid. Moore will also get some carries and serve as a fullback for us at times.”

Morelli said this is the biggest offensive line he’s had at Boulder City, anchored by seniors Izec Easter and Jace Tenney.

Sophomore Brady Sorensen is expected to lead the receiving core as a deep threat with fantastic hands, while junior Matthew Richards should contribute in the slot.

The pieces are still coming together on defense for the Eagles, but there have been plenty of individual standouts in camp.

At defensive tackle, senior Eddie Vasquez is expected to have a big year, while big things will be expected of junior Brayden Cook.

“We expect our defense to set the tone once again this season,” Morelli said. “We’re still moving guys around and trying to get everyone in the right spots, but I know we have a talented unit. We will rely heavily on them like we have in years past.”