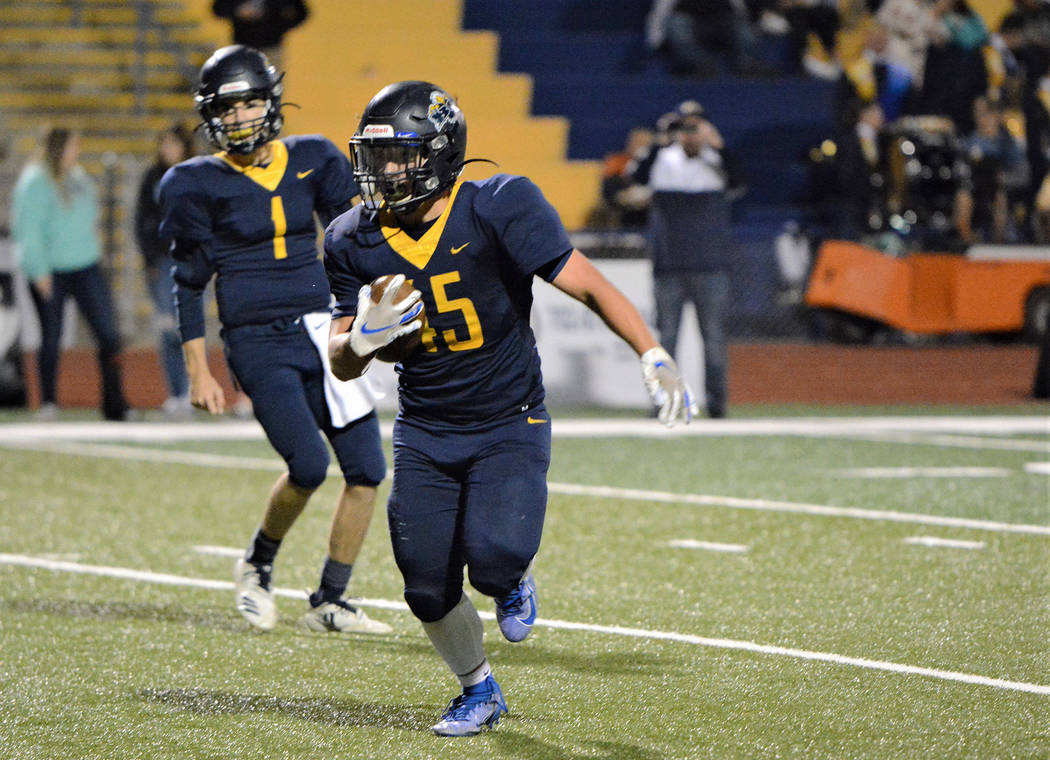 It’s the second consecutive year the Eagles have won their opening round playoff matchup, advancing to a current 8-2 on the season.

“I thought the boys played well,” head coach Chris Morelli said. “We did what we needed to do to come away with a victory. We grinded it out.”

Playing a physical style of football, the Eagles controlled the clock on the ground while riding their stout defense.

Senior Devon Walker scored on touchdown runs of 4 and 6 yards for the Eagles, rushing for 105 yards on 20 carries.

Rushing 34 times as a whole, senior Parker Reynolds and junior Matt Felsenfeld each carried seven times for 20 yards apiece. Reynolds and Felsenfeld also linked up for a 55-yard touchdown bomb early in the second quarter to start the game’s scoring affair.

Reynolds connected on 5 of 15 passes for 111 passing yards.

“Again, like they have all season, our defense made plays when we needed the to,” Morelli said. “Those guys absolutely fly to the ball and make stops. They’ve been really big for us all season. We’re hoping to match them on offense.”

Evolving as a team in the past two months, Morelli insists that the Desert Shield mirror the improvements, making a flawless effort on the Eagles’ part necessary for Friday’s game.

“Its nice to know that we’ve been there and won, but Cheyenne’s a different team,” Morelli said. “That was very early in the season and we’re their only loss. We need to play a lot better this time around if we want to come away with a win.”