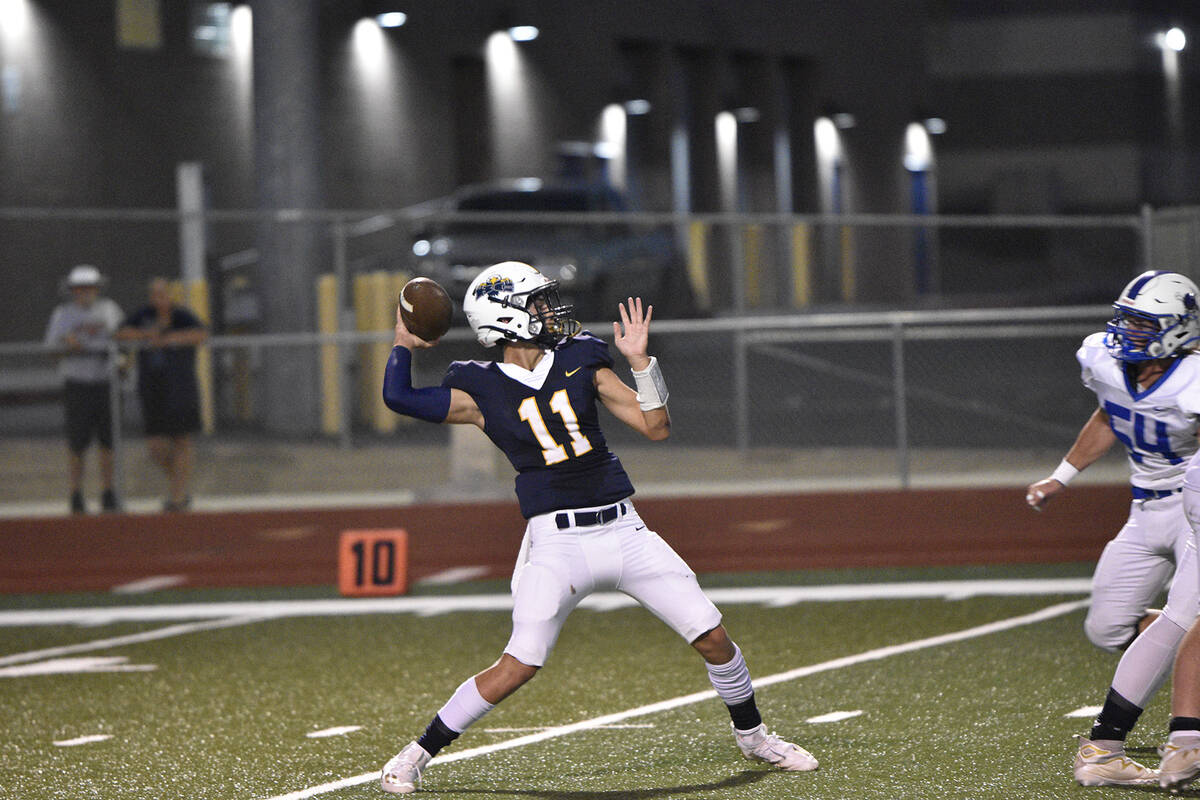 Jumping out to an early 22-8 lead, the Eagles fell behind in the second half, eventually losing to the defending 3A state champion Pirates. Moapa Valley’s last loss was March 12 against Faith Lutheran during a shortened spring COVID-19 season.

“The kids played tough,” said head coach Chris Morelli. “We have a lot of two-way players that grinded it out and they did a fantastic job. Losing sometimes is a part of football and it’s something we just have to deal with. It’s a learning curve for these kids because a lot of them have never been in this position before. This was a great early game to see where we’re at as a team.”

Looking like a real contender this season in the 3A classification, senior Bruce Woodbury took the opening kickoff back for a touchdown to give the Eagles early momentum.

Full of big plays on the night, junior quarterback Jacob Bryant threw a 77-yard touchdown pass to junior receiver Brady Sorenson. He connected on 4 of 8 passing for 92 yards.

“We knew going into this game that we could do things against them,” Morelli said. “Offensively we started out strong, but made a few mistakes, especially where we stalled drives in the second half. A few extra yards here, a first down there could have really changed the game and allowed us to eat more clock.”