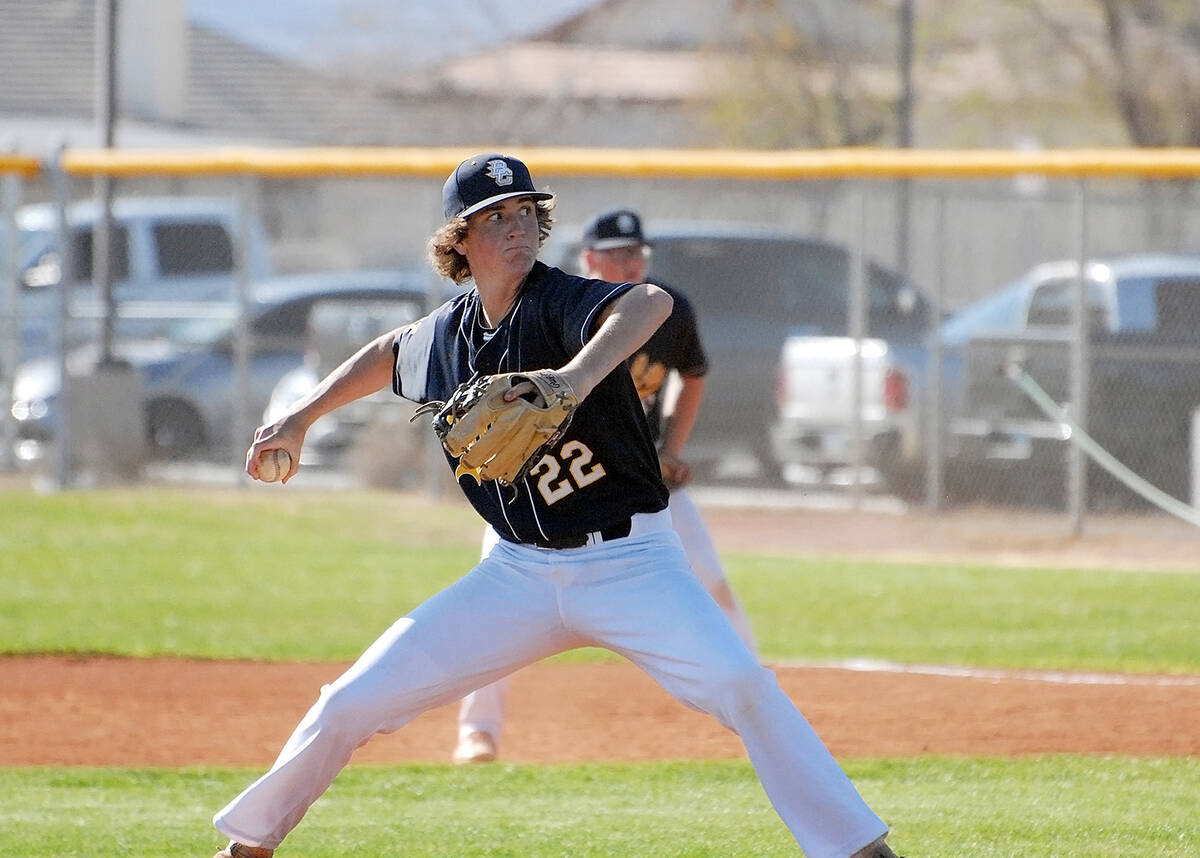 “When it came time to vote on pitcher of the year, it was a no-brainer,” head coach Alex Moore said. “All the opposing coaches agreed Kanon was the most deserving.”

The go-to guy for the Eagles, Welbourne made seven appearances this season, compiling a 4-0 record with 39 strikeouts. Tasked with must-win opportunities every time he took the mound, Welbourne relished in the pressure this season as a first-time starter.

“It was a great feeling knowing the coaches wanted the ball in my hands when we needed a win most,” Welbourne said. “It’s an amazing feeling to be named pitcher of the year. It makes me want to work harder and have an even better senior season.”

Part of a dynamic group of pitchers that gave the Eagles a 9-1 league record and 19-7 record overall, Welbourne was named a first-team pitcher, along with senior Ben Schafler and juniors Isaac Gibson and Jeremy Spencer.

“Pitching was definitely our strong suit this year,” Moore said. “Each of these players were very deserving and helped carry us at different times throughout the season.”

Moore and his coaching staff of Chris Morelli, Bobby Reese and Bill Strachan shared the coach of the year honor.

“It was an honor to coach with these guys again,” Moore said. “Winning coach of the year is a reflection of our program.”