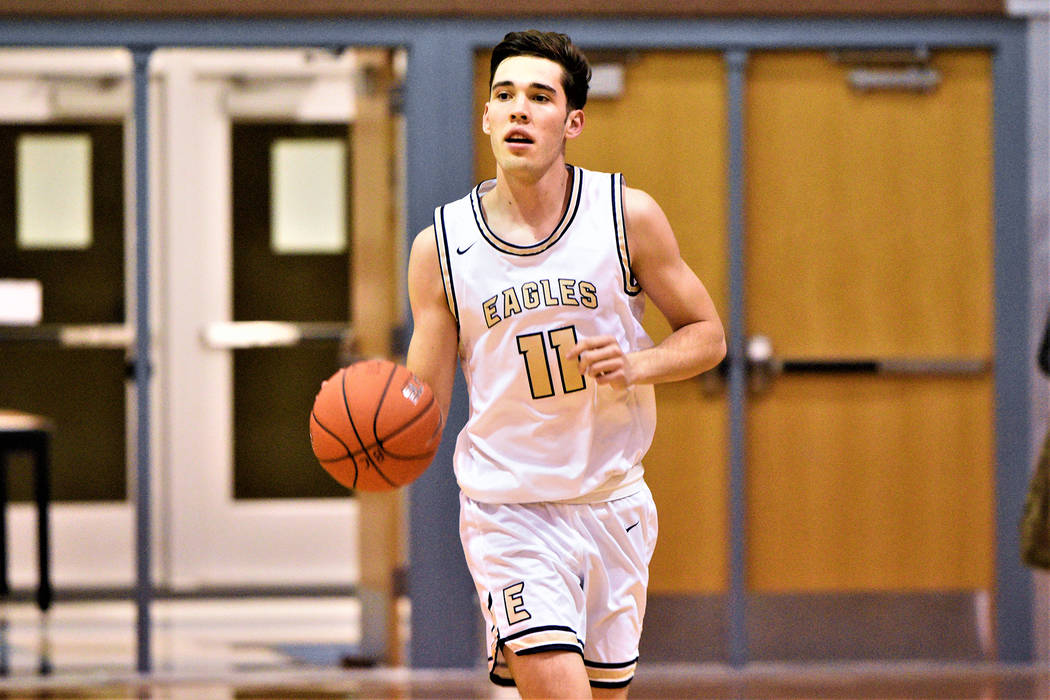 Pushed to the limits by the Bulls, the Eagles got a much-needed test on opening night, hopefully setting the tone for the remainder of the season.

“It’s great to open league play with a win,” head coach John Balistere said. “I told the boys that we’re in a different position this season, coming back as the defending league champions. They know that every night the opposing team is going to give them their best and there’s no question tonight we got SLAM’s best effort. I’m really proud of the boys tonight for responding. They showed a toughness tonight that they hadn’t in our previous six games.”

Pulling away in the fourth quarter, the Eagles put the game out of reach with a 21-14 run, highlighted by 38 points and 15 rebounds from junior Ethan Speaker.

“Ethan had a really big game for us,” Balistere said. “We’ve talked about how skilled he is and it was clear that he was the best player on the floor tonight.”

Playing a key role for the Eagles during this week’s stretch of play, Felsenfeld scored 13 points for Boulder City against Southeast Career Technical Academy in the Lake Mead Holiday Classic, along with 6 points against both Calvary Chapel Christian and Del Sol. On defense he totaled six steals over the four-game tournament.

Finishing 3-1 in Lake Mead Holiday Classic tournament, the Eagles defeated Southeast Career Technical Academy 62-43 on Dec. 5 and Calvary Chapel Christian 64-31 and The Meadows 49-39 on Friday, Dec. 6, behind Speaker, who averaged 22 points per game in the Eagles’ three victories.

They fell to Del Sol 46-38 on Saturday, Dec. 7, without Speaker, who sat out allowing valuable playing time for others on the team.

“I thought this was a great chance to get some of our guys on the bench some valuable playing time,” John Balistere said. “Del Sol was a good team and our guys came in and stepped up and did what we know they’re capable of. We’re not a one-man show by any means; we just have a really good player. Playing without him allowed us to get some pieces in our core more established so they’re ready down the road.”

“We played really good and it was a great experience to get more playing time together,” Morton said. “It’s still early in the season and we will continue to get better every day. We have a lot of room to improve.”

Sitting with a 3-3 record, Boulder City will host 4A Canyon Springs tonight, Dec. 12, followed by a home league matchup against Sunrise Mountain on Friday, Dec. 13.