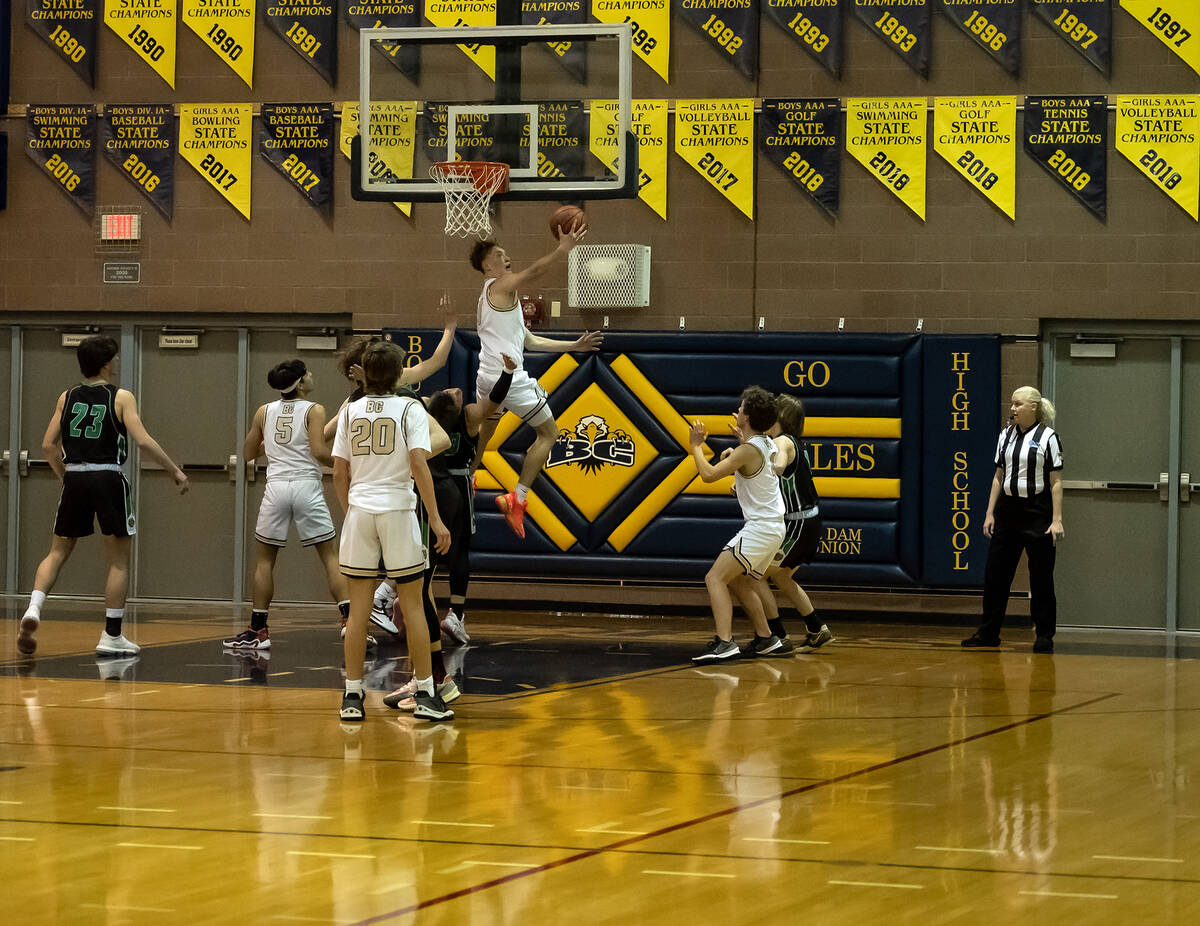 The Boulder City High School boys basketball team is taking a trip to the 3A state tournament where it will represent the south as the No. 1 seed.

The Eagles earned their spot at the tournament by winning their first 3A Southern Region championship since 2012 on Feb. 18 where they defeated Somerset Losee 48-34.

“I’m really proud of how the guys played,” said head coach John Balistere. “We came into the second half down by two points and then things just started to click. It was a hard-fought win with a great playoff atmosphere.”

Taking control of the game in the third quarter, the Eagles went on an 18-8 run, never giving up the lead.

It was the Eagles 14th consecutive victory heading into the state tournament, and a turnaround to the season.

“We’re a much better team today, than we were in December,” Balistere said. “This group has really improved and come together. We’ve got a lot of momentum right now and we’re hopeful to continue to play at our best.”

“I believe we have a really good group who has improved tremendously since the start of the season,” Balistere said. “Right now we’re playing good basketball.”