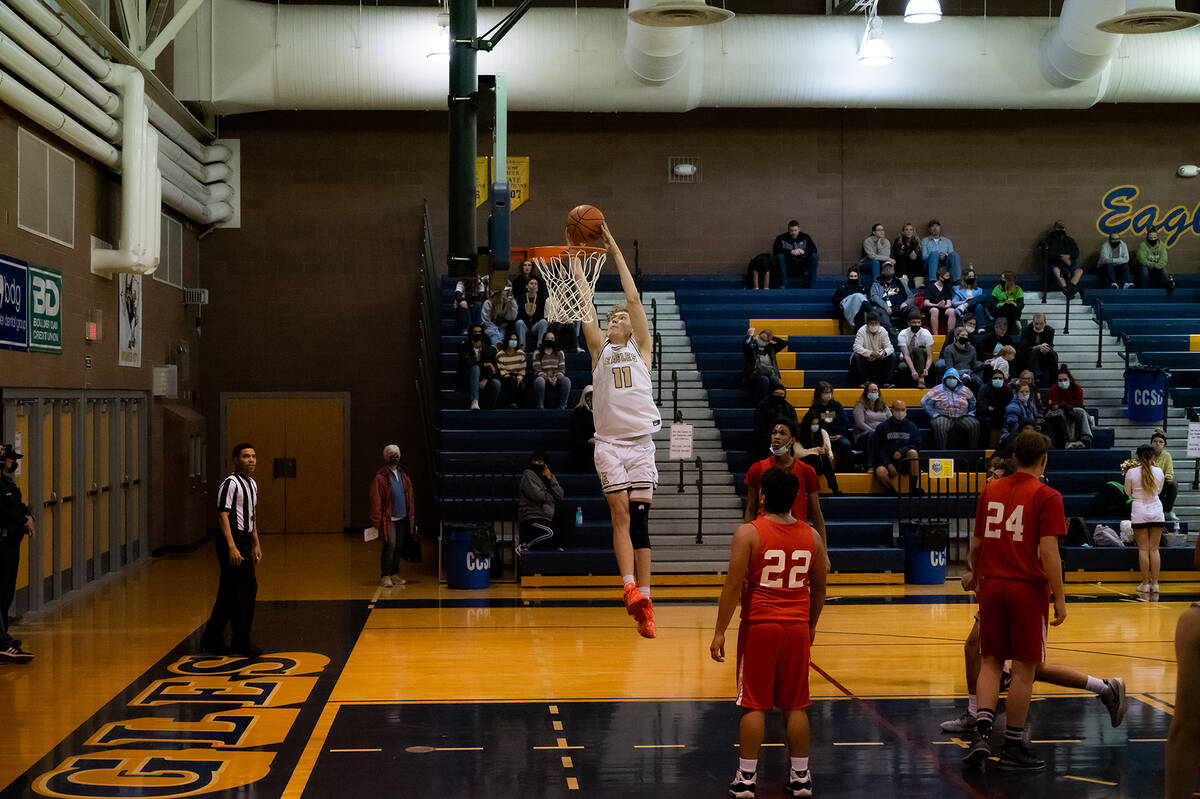 “We did a nice job against Moapa Valley,” said boys head coach John Balistere. “It was a very physical game and our guys did a great job matching their physicality. Defensively, we were doing a much better job of flying around and grabbing loose balls.”

Trailing at halftime 32-12, the Eagles went on a 12-5 run in the third quarter to pull away with the lead for good in the rivalry matchup.

“Gavin had a good game and a few of our younger guys stepped up,” Balistere said. “We’re getting really good minutes from our younger guys that we brought up while we’re dealing with injuries. Overall, it was a great team win for us.”

Coming out of the gate with a winning streak, the Eagles also defeated Equipo Academy 73-20 on Jan. 5 and Pinecrest Academy Sloan Canyon 52-30 on Friday, Jan. 7.

Against Pinecrest Academy, Douglas scored 17 points, while Thompson scored 12 points as the Eagles continue to search for consistency on offense.

“So far I think we’ve done a very good job,” Balistere said. “Right now we’re still trying to find a rhythm but in these times with kids either being sick or injured, it’s really hard to get some continuity. I’m confident we’ll get there as a group.”

On a brief shutdown until Jan. 18 due to the soaring numbers of COVID-19 cases in Nevada, the Eagles’ games against SLAM Academy on Saturday, Jan. 15, and Pinecrest Academy on Tuesday, Jan. 18, have been called off.