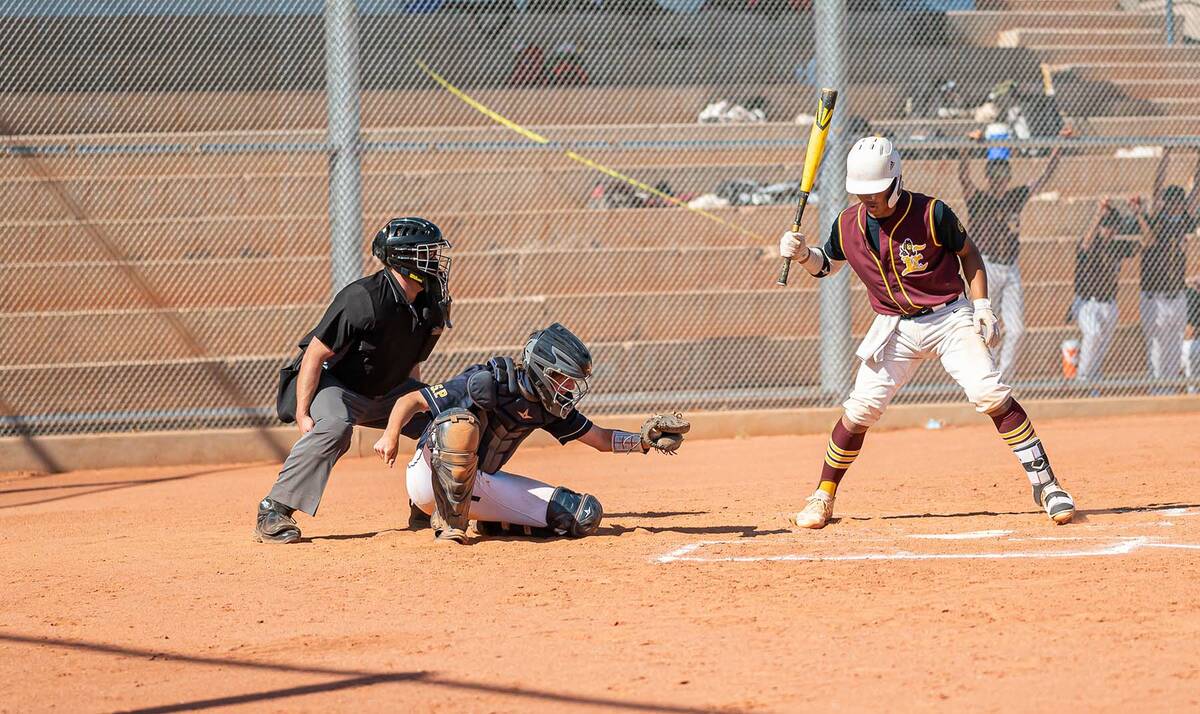 (Jamie Jane/Boulder City Review) Kenon Welbourne, seen making a catch at home plate as a sophomore last season, is expected to take on an expanded role as pitcher and catcher for the Boulder City High School Eagles this year.

A new era of Boulder City High School baseball will begin this spring following the departure of eight seniors from last season’s 12-0 team.

Losing a talented bunched that soaked up the majority of starts for the past four seasons, head coach Alex Moore said that while the team won’t be as stacked as in years past, there’s still plenty of talent left to start the retooling process.

“Obviously, when you lose that many talented players, it’s going to be tough coming into a new season,” Moore said. “Those eight were a talented bunch and we were lucky to have them for four seasons. Thankfully, we do have a few guys with varsity experience returning and some new guys who are ready to step up and fill roles.”

Senior Isaac Tuenge will return for his fourth season with the team and take over the leadership role for the Eagles.

“Isaac is a kid with a lot of energy,” Moore said. “He’s been one of our best players for the past few seasons and now that he’s a senior we’re really going to depend on him to be a leader.”

A standout for the Eagles, Tuenge batted .381 last season with 10 runs batted in.

Looking to become the next two-way stars for the program, juniors Isaac Gibson and Kanon Welbourne will lead the Eagles at the plate and on the mound. As sophomores, Gibson batted .520 with 14 RBIs, while Welbourne batted .500 with five RBIs.

“Those are two guys who we really need to step up for us,” Moore said. “We lost all of our arms from last season. Neither of them saw a lot of innings last season, but we know they’re capable.”

Senior Izec Easter and sophomore Derek Render return to fill prominent roles, while juniors Dylan Spencer, Jeremy Spencer and Brayden Cook are newcomers from the junior varsity team who are expected to make an impact this season.

The Eagles will head to 4A Durango today, March 3, for their season opener.