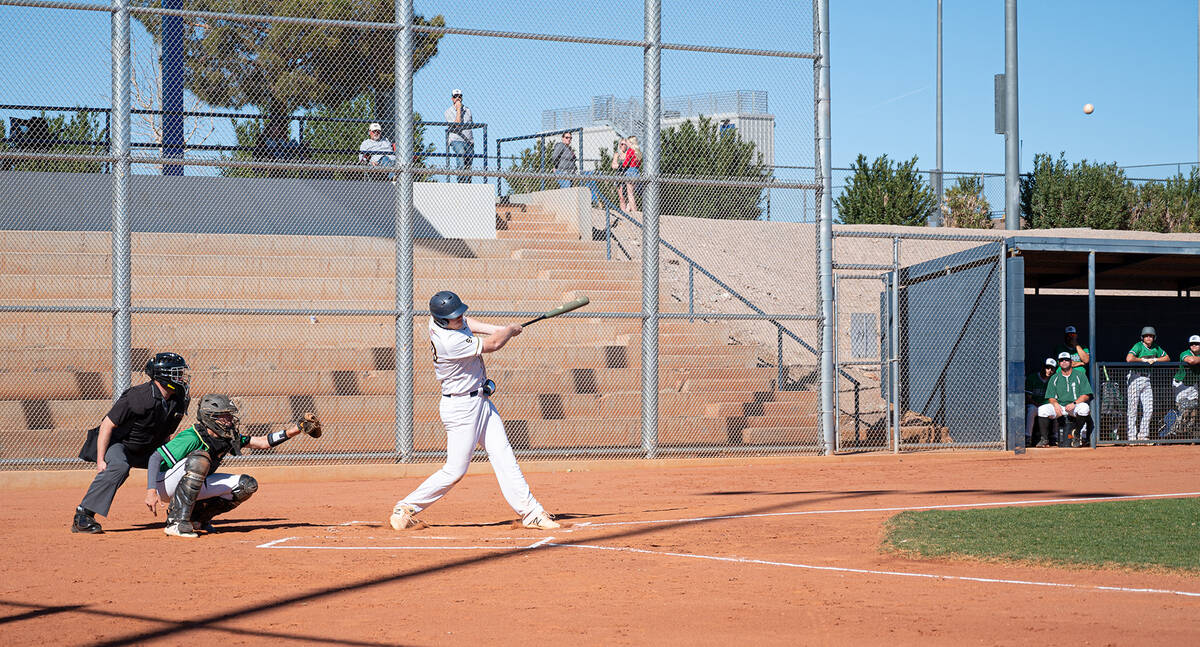 “Our kids handled the loss to Moapa Valley well,” said head coach Alex Moore. “We didn’t want to go 0-2 against rivals to start the season. The kids did what we asked of them this week and showed there’s a lot of room for improvement.”

“We worked on some things following our loss to Moapa,” Moore said. “We worked on our timing, hitting the ball up the middle. It worked today against Virgin Valley. We did a good job of making adjustments.”

Picking up a 19-4 win earlier against Cheyenne on March 16, the Eagles mercy ruled the Desert Shields in three innings.

Exploding for 10 runs in the first inning, Dylan Spencer batted 3 for 3 with two doubles and five runs batted in while sophomore Derek Render finished 2 for 2 with three RBIs. Senior Isaac Tuenge and Johnson both batted 1 for 2 with two RBIs apiece, while junior Brayden Cook batted 1 for 3 with an RBI.

On the mound, Jeremy Spencer picked up the victory, striking out two batters.

In their loss against Moapa Valley, Render proved to be a bright spot, finishing 2 for 3, while Jeremy Spencer and Dylan Spencer each finished 1 for 3.

Sitting with a 4-4 record, the Eagles will travel to Western today, March 24, followed by a home game against Eldorado on Monday, March 28, and a road game on Wednesday, March 30, against Sunrise Mountain.