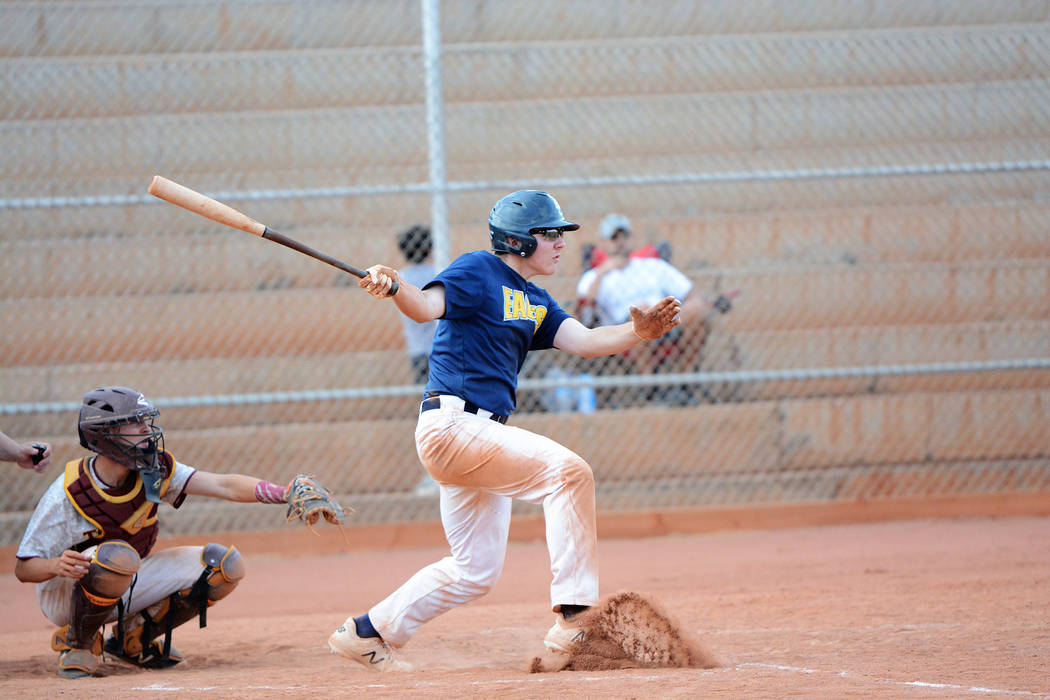 Routing a pair of 4A opponents, the Eagles defeated Faith Lutheran 9-0 on Friday, June 28, and Eldorado 10-0 on Monday. Playing rival Pahrump Valley on Saturday, June 29, the Eagles won 9-3.

“This was a very good week for our team,” head coach Jimmy Lee said. “The boys are absolutely locked in and playing great baseball. Everyone’s contributing, everyone’s pumped up for games and that leads to a winning effort.”

Finishing the regular season with a 12-2 record, the Eagles clinched the top seed in the 18U National League.

The Eagles start postseason play Friday, July 5, at Faith Lutheran against the winner of game one, after earning a first-round bye.

“I can’t express enough how proud I am of them for clinching the top seed,” Lee said. “Collectively, this was a total (team) effort. Hats off to our players for going out there and getting the job done. As a coaching staff we try to put the players in good situations, try to teach them everything we know about the game to help them be successful, but when you win at a high level like this, all the credit goes to them.”

Against Pahrump Valley, Newby batted 3 for 4 with an RBI; Brian Miller batted 2 for 4 with two RBIs.

The Eagles’ opening round playoff matchup will be played at 7 p.m. Friday, July 5. Faith Lutheran will host the state tournament Friday through Monday.

The Eagles are the defending champions, having won state last summer in the 16U age bracket.