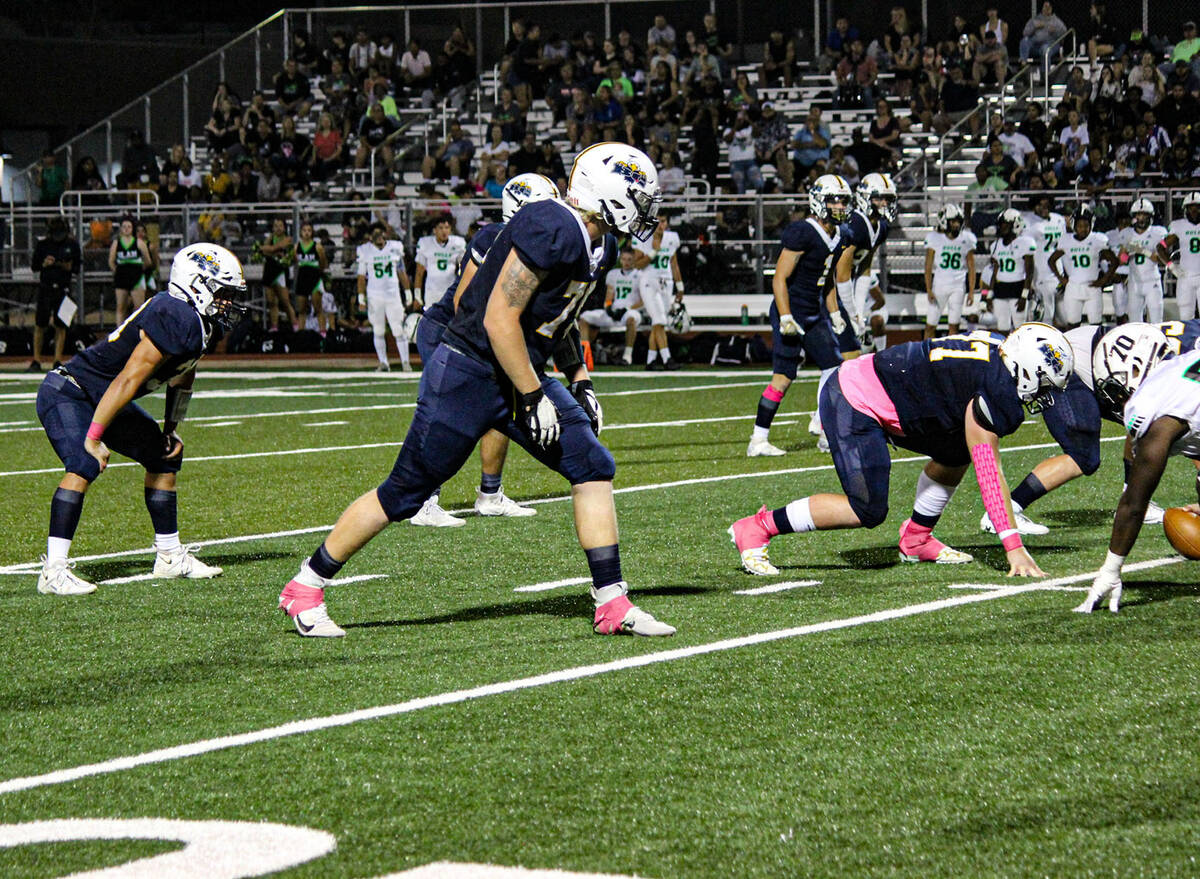 (Boulder City Review file photo) Hunter Moore, from left, Dylan Spencer and Brayden Cook, seen in action Oct. 7, were given all-region honors for their performance during the fall season.

Leading the team to a 8-3 record and a second-place finish in the Mountain League, the Eagles were heavily represented for all-region and all-league honors.

“We’re proud of all our guys,” head coach Chris Morelli said. “It took a total team effort to be successful. The guys worked hard and were rewarded.”

Seniors Dylan Spencer and Caleb Ramsey-Brown were named first-team region selection for the south, honored for their efforts on the offensive and defensive lines.

“Neither of the guys came off the field for us,” Morelli said. “It was their toughness that set the tone for our team.”

Shining on defense, Spencer was named lineman of the year for the Mountain League after 39 tackles with seven sacks. Ramsey-Brown made 23 tackles with two sacks.

Senior Brayden Cook was named as the Eagles’ third offensive lineman on the all-region first team.

Named first-team region selections on defense were seniors Dylan Sullivan and Bruce Woodbury. Sullivan led the team with 71 tackles and three sacks, while Woodbury made 26 tackles with two interceptions.

Benefiting from the holes created by the offensive line, senior Hunter Moore was named second-team all-region and first-team all-league at both running back and linebacker. A two-way star, Moore rushed for 958 yards and 14 touchdowns, while making 33 tackles.

“Hunter was a leader for us all season,” Morelli said. “When we needed a big play on offense we went to him.”

Junior Derek Render was a second-team defensive back after he generated an interception.

Officially stepping down from his position as head coach, Morelli said he wanted to thank his coaches, players and community for all the support they’ve given him throughout his tenure with the program.