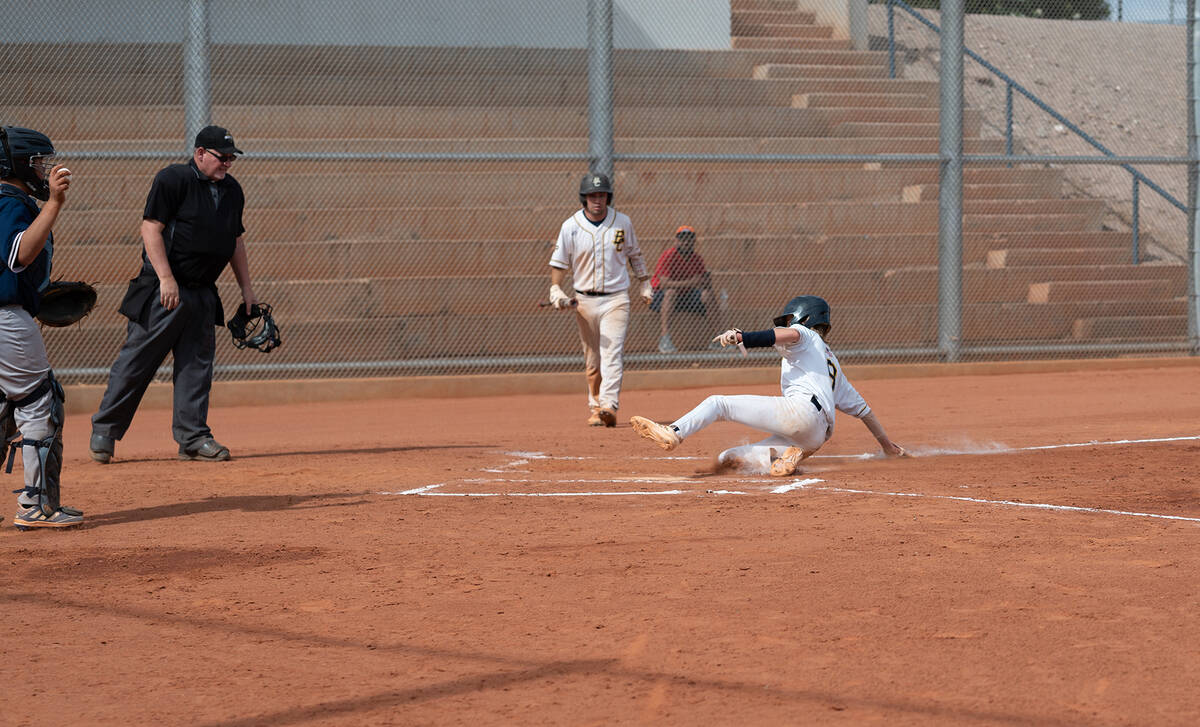 (Jamie Jane/Boulder City Review) Zanen Shupp slides into home plate during the Eagles’ 6-4 victory over Pahrump Valley on May 5, 2022.

“If we want to advance, we will need to compete better,” said head coach Alex Moore. “We need better approaches at the plate and play better defense behind our pitchers.”

Entering the losers bracket after falling to rival Moapa Valley 5-2 on Tuesday, May 10, the Eagles collected only five hits against the Pirates, opposed to their 10 hits against SLAM Academy on Monday, May 9, in an opening-round victory of the Southern Region championships.

Consistent at the plate versus the Pirates, juniors Brayden Cook batted 2 for 3 and Isaac Gibson batted 1 for 2 with a run batted in. Junior Dylan Spencer batted 1 for 3 with an RBI.

On the mound, junior Kanon Welbourne was charged in the loss.

Against SLAM in a 10-0 victory, Gibson batted 2 for 2 with three RBIs, while seniors Isaac Tuenge and Izec Easter each batted 2 for 3 with two RBIs apiece.

The Eagles defeated Pahrump Valley 6-4 on May 5, their last game of the regular season.

Playing Clark on Wednesday, May 11, continued results from the Eagles’ postseason run will appear in next week’s issue.