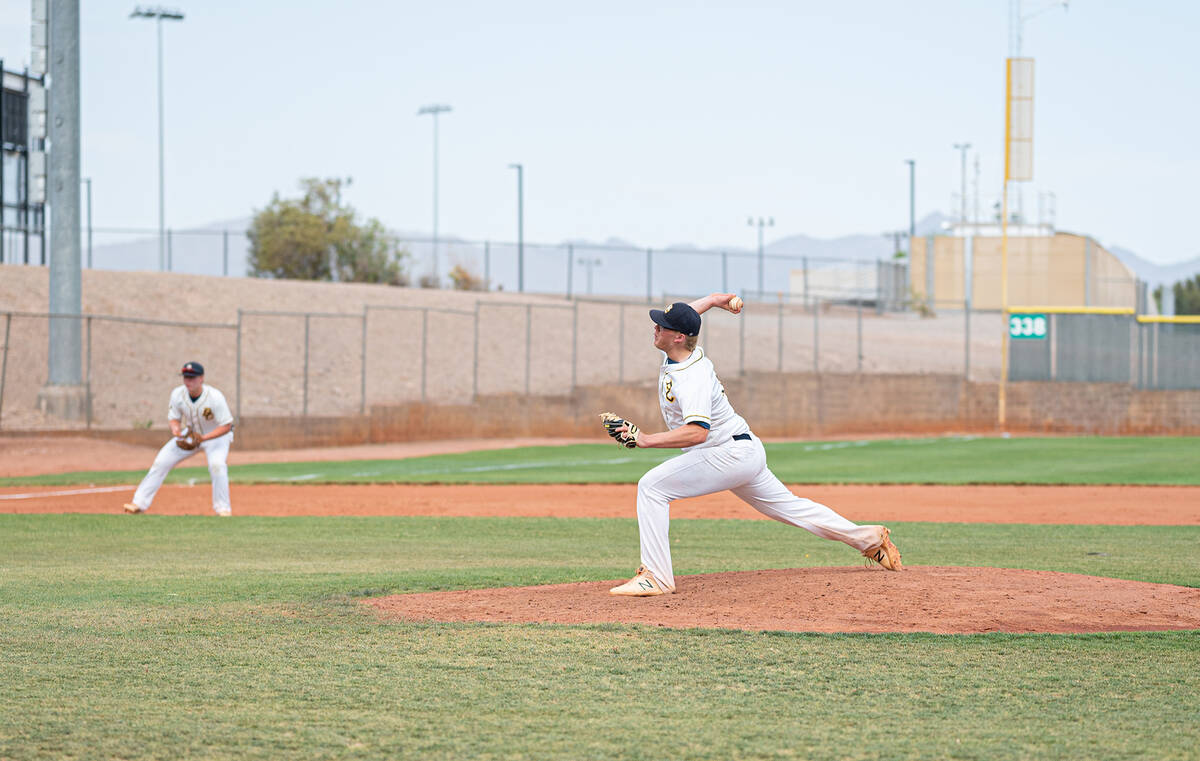 Jumping out to an early lead, the Eagles erupted for nine runs in the third inning to win their second consecutive game.

“I thought we played well,” said head coach Alex Moore. “We knew it was important to come off of spring break and get a victory. We only have a handful of games left before the playoffs; we know it’s important to build a win streak and get some confidence growing.”

Playing with all the confidence in the world against the Vikings, junior Isaac Gibson gave the Eagles his best performance of the season, going 3 for 3 at the plate with five runs batted in. Gibson hit, along with a pair of doubles, along with a home run in the fourth inning to give the Eagles an early mercy rule victory.

“Isaac did a great job against Valley,” Moore said. “He worked on his hitting over spring break and it showed today. We know he’s a great player. He’s been pressing a little bit early in the season, but today he looked comfortable. You could see he’s playing with a fire under him.”

Senior Ben Schafler (1 for 1) drove in a pair of runs, and senior Isaac Tuenge batted 3 for 3 with an RBI and a double, helping the team collect a total of 12 hits.

On the mound, junior Dylan Spencer picked up the victory, striking out eight batters over three innings, while allowing just two hits.

Sitting with a 10-5 record on the season, the Eagles will host rival Pahrump Valley on Monday, April 25, followed by a home game with Clark on Wednesday, April 29.

Today’s game with Canyon Spring has been canceled due to a forfeit by the Pioneers.