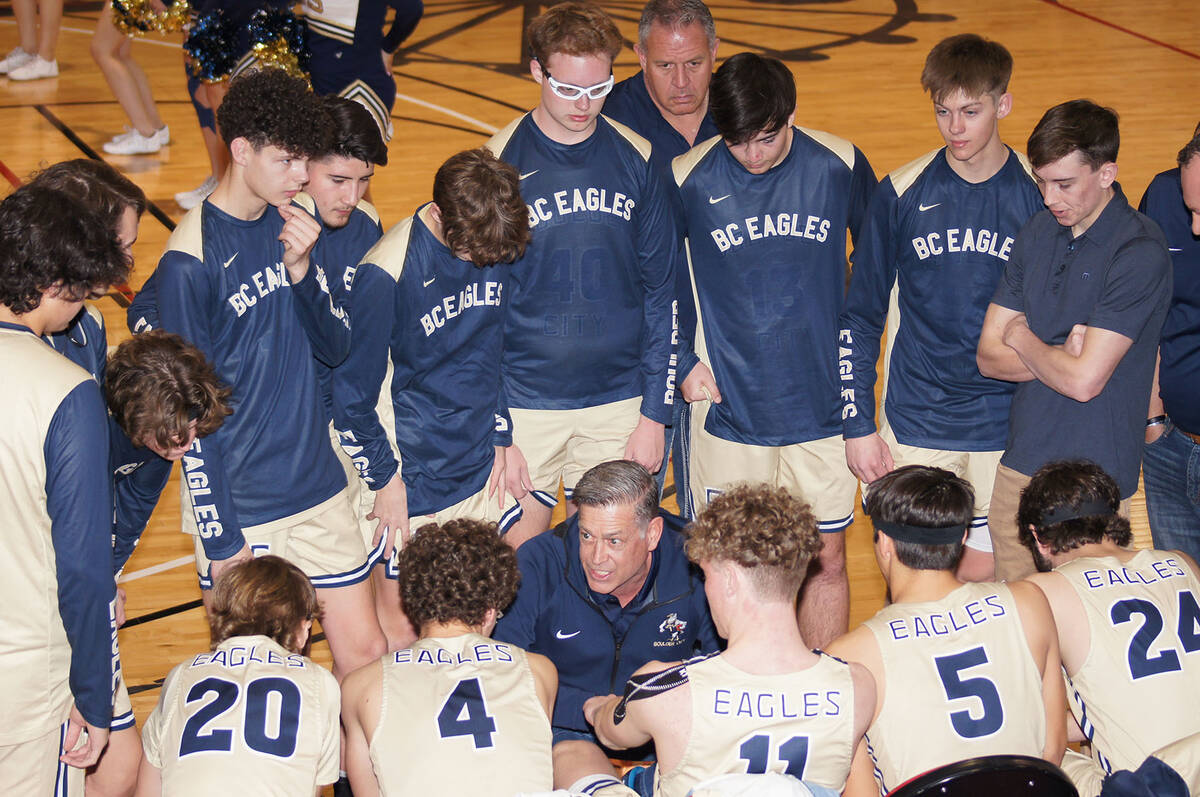 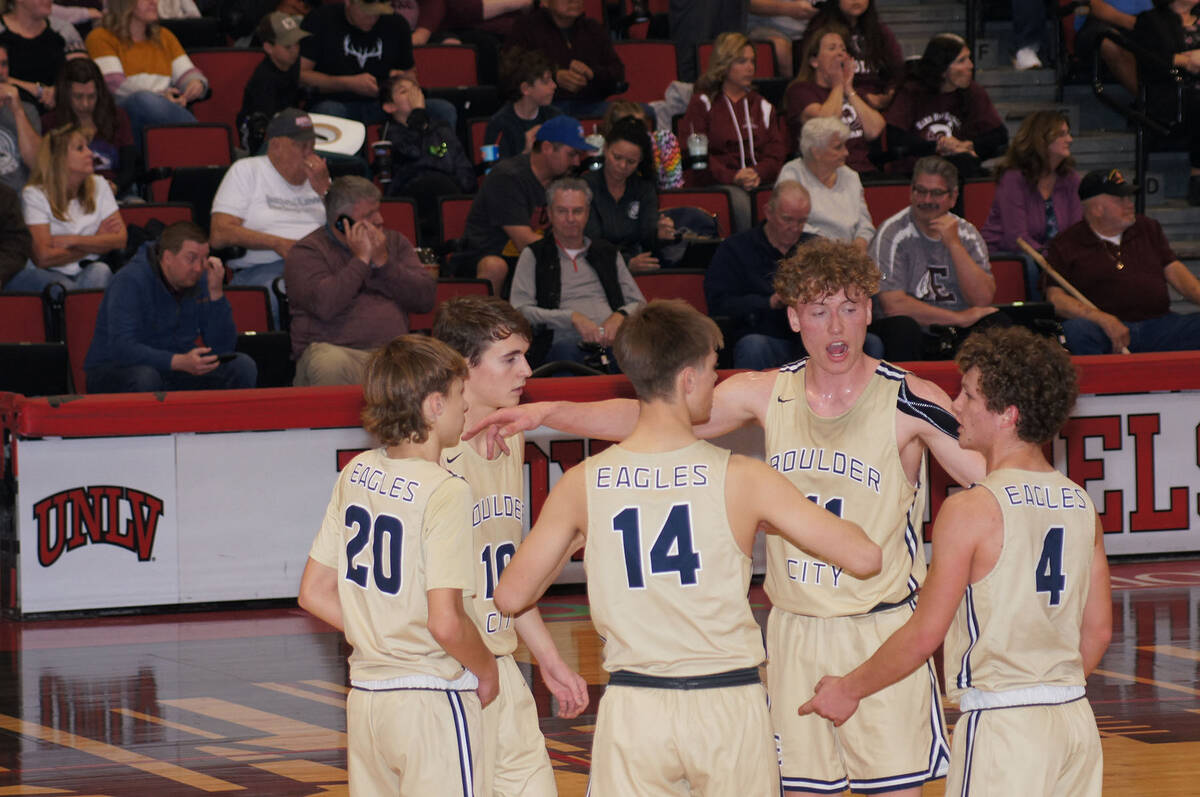 (Roger Hall) Boulder City High School senior Gavin Douglas, second from right, confers with fellow members of the boys varsity basketball team as they played in the state championship game against Elko on Saturday, Feb. 26, at the Cox Pavilion. The Eagles lost the game 59-29.

Boulder City High School’s boys basketball team fell short of its ultimate goal of winning a state championship on Saturday, Feb. 26, losing to Northern Nevada’s Elko 59-29, but capped off one of its best seasons in recent memory.

Finishing with a 22-8 record, the program’s fourth consecutive 20-win season, the Eagles reached the state championship game for the first time since 2009.

“I’m very proud of our team and our staff,” Balistere said. “No one expected us to be here. They said we couldn’t beat Somerset Losee, that SLAM Academy was a better team this season. To make it to the state championship game is quite an accomplishment for our program. We’re very eager to get back on the court in the spring and start working toward next season.”

Defeating Northern Nevada opponent Fernley in the state semifinals, the Eagles used a 22-14 fourth-quarter run to pull off a 53-49 victory.

Losing Thompson and senior Gavin Douglas to graduation, the Eagles still bring back a solid core for next season.

Having made two consecutive state tournament appearances, the Eagles hope to continue to be among the top contenders in the 3A classification.

Though they may have fallen a bit short in athletics, the Eagles took the top spot in the winter season’s academic championship with a collective grade point average of 3.51.

The Nevada Interscholastic Activities Association, the nonprofit governing body of high school sports in the Silver State, presents the special award each year to the team with the highest grade point average in each sport per classification and considers the academic championships to be equal to the athletic awards.