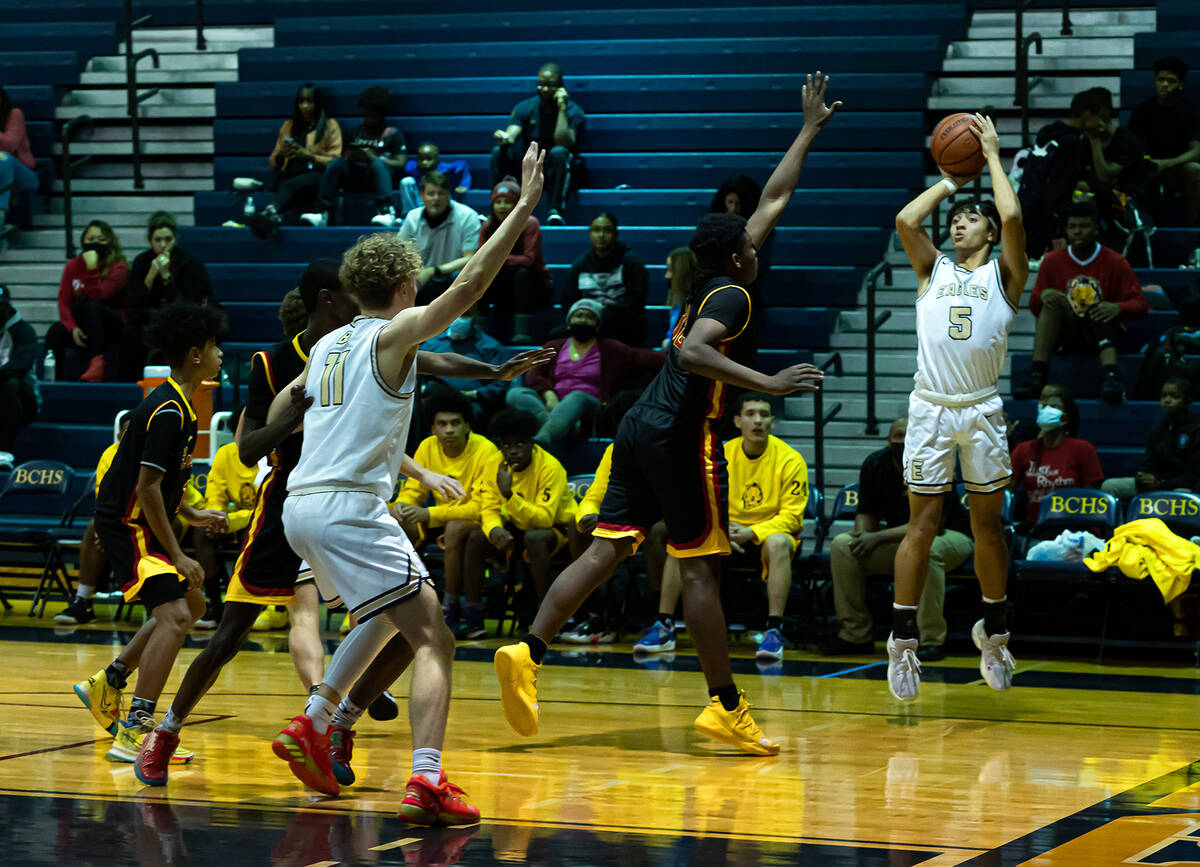 (Jamie Jane/Boulder City Review) Senior Martin Thompson, right, seen in action for the Boulder City High School Eagles on Dec. 8, was named to the all-tournament team after scoring a team-high 10 points during their game against La Habra at the Orange Holiday Tournament in California.

“The competition was very strong,” said boys coach John Balistere. “There were a few schools down there that would be in the top of the 3A here. The experience was very good for us. We played some great teams, did a few things well and found some other things we needed to work on to get better.”

Playing shorthanded throughout the tournament, the Eagles fell to Costa Mesa 46-43, letting a fourth-quarter lead slip away.

Against La Habra, the Eagles fell 51-42 without Douglas or senior guard Hayden Sullivan in the lineup.

“We were playing a little bit shorthanded all tournament,” Balistere said. “We were without Gavin for our last game and Hayden for three games down there. Overall, we played OK, but we struggled a bit. We have to do a better job of taking care of the basketball. We need to be more fundamentally sound.”

Without two of their top scorers on the court, Thompson scored a team-high 10 points and 10 rebounds and junior Tyler Lemmel added 8 points and five rebounds.

For his efforts, Thompson was named to the all-tournament team.

Looking to make some noise in state after some tough out-of-state competition, the Eagles will travel to Pinecrest Academy on Friday, Jan. 7, followed by a home game Tuesday, Jan. 11, with rival Moapa Valley.

“Coming back from our trip, we’ve had a few good practices,” Balistere said. “I’m really excited to see how that translates during our next few games.”