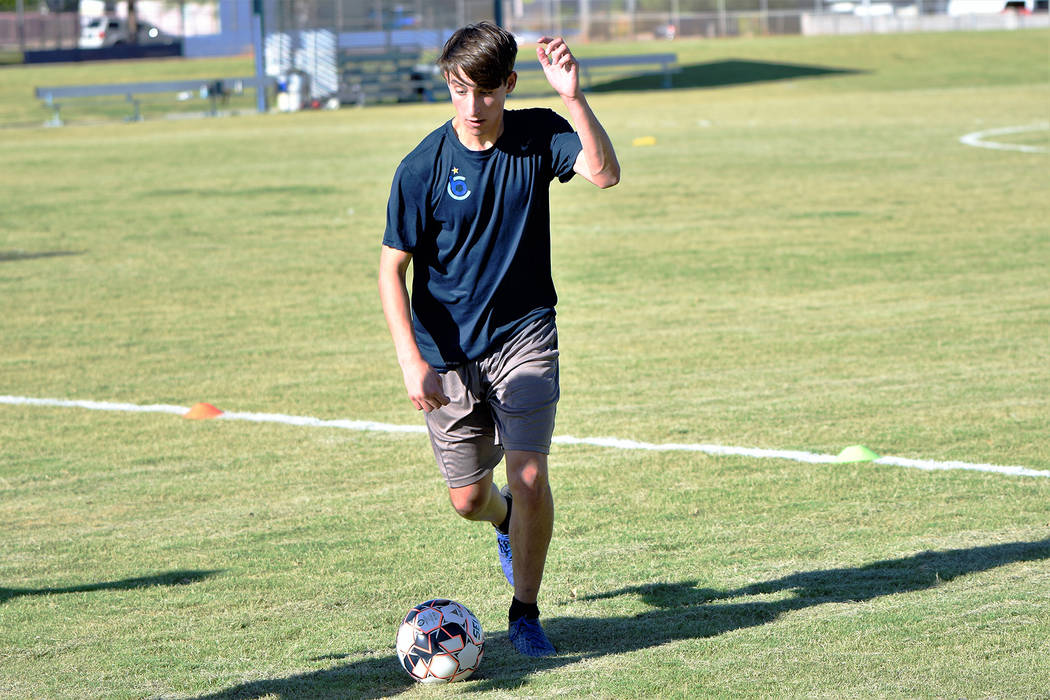 Boulder City High School boys soccer team members are is hopeful to break .500 for the first time since 2012, as they continue to increase their win totals each of the past four seasons.

Winning six games last season, the Eagles improved from five wins in 2017 and three wins in 2016.

“We have a lot of returning seniors and we need them to be big on the field and control the ball,” head coach Chad Smith said. “We’re looking to continue to improve our record and get to .500 this season.”

Behind a solid core of nine returning seniors they have a chance of making the postseason for the first time since 2012.

Also returning will be seniors Austin Morris and Jacob Sanford, who each tallied two goals last season, along with senior Noah Dent (one goal).

Freshmen Dallin Hess and Gavin Kesler are the only two underclassman on the team this season and could add to the Eagles’ success.

“(We’re) continuing to bring in new fresh players and then obviously continuing to work with what we have and develop our current players,” Smith said. “We need to continue to develop our defense and capitalize with our offense.”

Smith said he is hopeful that his returning core can gel once again this season. Preaching a team-first philosophy, Smith said he feels winning is imminent if the boys stick together on the field.

“It really boils down to getting these guys to not be selfish,” he said. “Once they start connecting and seeing the ball up over the top, we can start scoring goals and capitalizing against these tougher teams.”

Starting their season today, the Eagles will host Adelson School and 4A Basic on Tuesday, Sept. 3, in preparation for their league opener against rival Moapa Valley on Sept. 12.