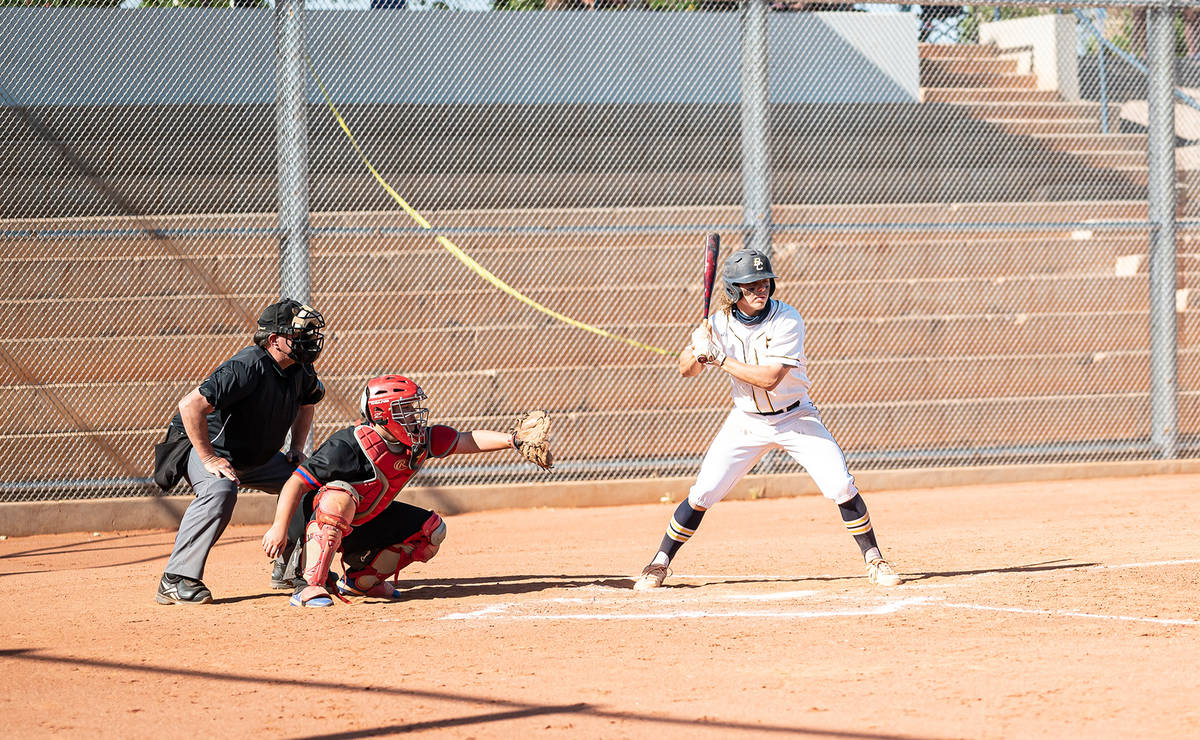 “We won today throwing two junior varsity kids and Isaac Gibson, who has never thrown for us, so all three made their varsity debut,” head coach Bobby Reese said. “They did a nice job.

“There were some nerves I thought, which is to be expected, but all three showed Boulder City baseball has some nice young arms for the future. They set us up for the rest of the week. Now we still have Joey Giunta, Troy Connell and Scott Bahde all rested and ready for the rounds to come.”

Coming out the gate swinging after finishing the regular season with an undefeated record, the Eagles collected 13 hits as a unit, scoring six runs in the first inning and eight runs in the fourth inning during their five-inning rout.

“Going undefeated was a great feeling,” Connell said. “Looking back at a perfect record is something I’m extremely proud of. Now we are all looking ahead at continuing this streak in the playoffs.”

At their best against the Vikings, Gibson batted 1 for 1 with four runs batted in and a triple. Junior Isaac Tuenge batted 2 for 3 with three RBIs.

The team’s senior-laden core had a goal this season to end its tenure with the program undefeated. Now on the verge of just that, the Eagles are hungrier then ever to go out on top.

“Going undefeated was always the plan for our last year,” Connell said. “With all of the seniors on this roster, it was important that we never held back. We wanted to win every game we could. Everyone gave their all each game to accomplish that goal.”

“With that said, an undefeated regular season is great, but we all want to end the season with a championship,” he added. “Going off the field for the last time as winners would mean everything to all of my teammates and myself. It’s what we have worked so hard for the past four years.”

Results of Wednesday’s playoff game against SLAM Academy and the remainder of the championships will appear in next week’s paper.