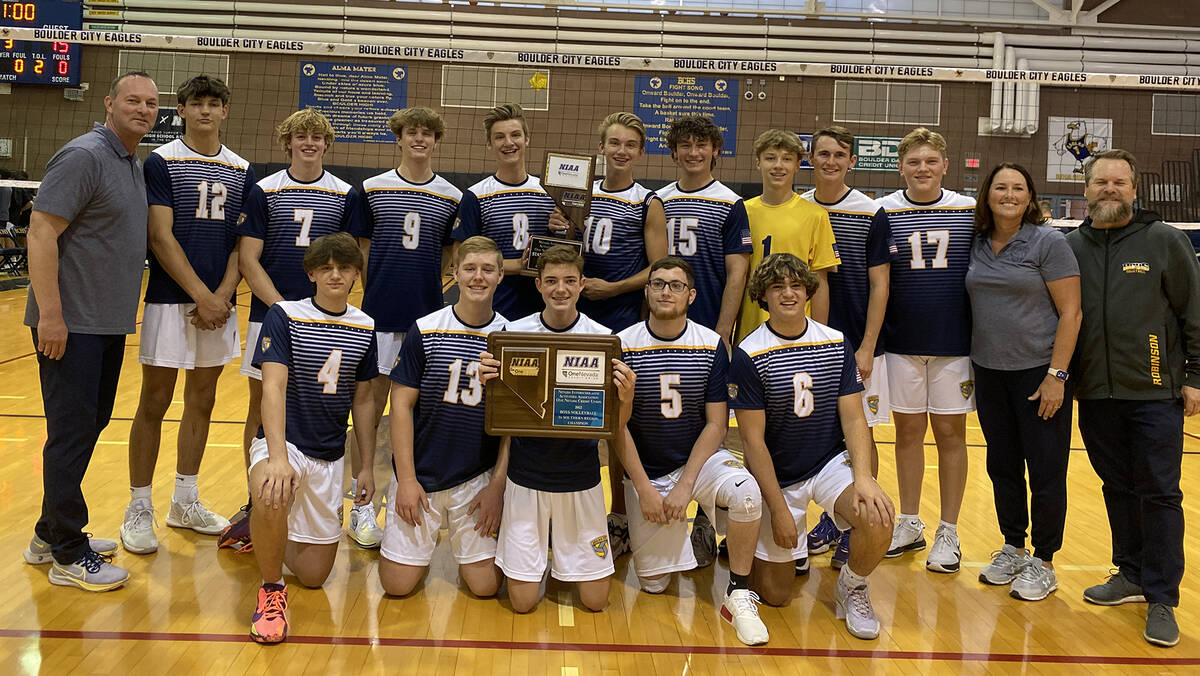 “I’m really happy for all of our boys,” said head coach Rachelle Huxford, who was named coach of the year for the 3A classification, along with her assistants Kurt Bailey and Chad Robinson. “They all played a big role in our success this season and deserve to be here.”

The team finished the season with a 30-6 record and went undefeated in all 15 conference games.

Kannon Rose was the key offensive threat for the Eagles, generating 335 kills, 190 digs and 88 serving aces. Kenny Rose fueled the winning effort as the team catalyst, dishing out 847 assists, with 169 digs, 94 aces and 72 kills.