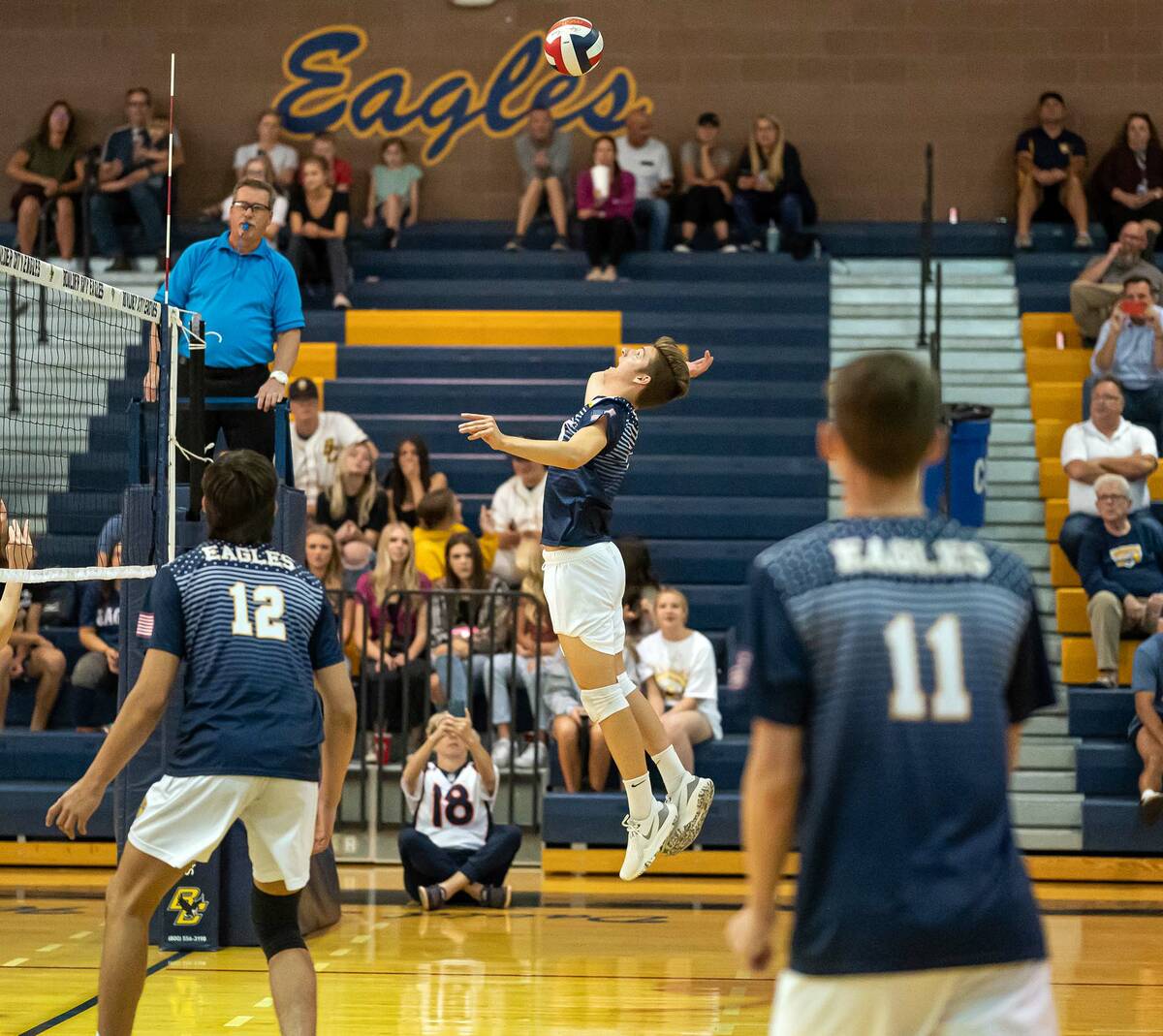 “I think the boys learned that the potential to lose is there,” said Rachelle Huxford, head coach. “We have to continuously work hard to beat Clark. We were playing not to lose instead of to win and that mentality needs to change the next time we play them.”

At his best against the Chargers, senior Kannon Rose, who won 3A player of the year last season, was unleashed offensively, generating 21 kills with nine digs defensively.

“Our depth definitely takes away from Kannon’s kills,” Huxford said. “We have three guys at all times capable of getting points, so that takes away from his numbers. When we’re winning, we take him out to let some of our reserves play. His production this season is definitely undervalued, but I hope opposing teams recognize how good he is offensively as well as defensively.”

Playing some of their best defense of the season, sophomore Roman Rose made 16 digs, while senior Kenny Rose made 12 digs.

Making eight blocks as a team, Kessler, junior Tyler Lemmel and sophomore Travis Hess all made two blocks each.

“We played a better defensive game against them than we did the first time,” Huxford said. “I thought we played great defensively and if our offense can match that, we’ll be golden.”

Extending their winning streak to 10 games, the Eagles defeated Chaparral 3-0 on April 27 and Western 3-0 on May 3.

Prepping for senior night, the Eagles will host SLAM Academy today, May 5, before hosting an undisclosed opponent on Wednesday in the first round of the postseason.